This graceful predator is unlikely to be found in the dense thickets of the jungle or in the sultry savannah. Leopon is the creation of exclusively the fantasy of a man who, more than a hundred years ago, decided to cross a male leopard with a lioness. 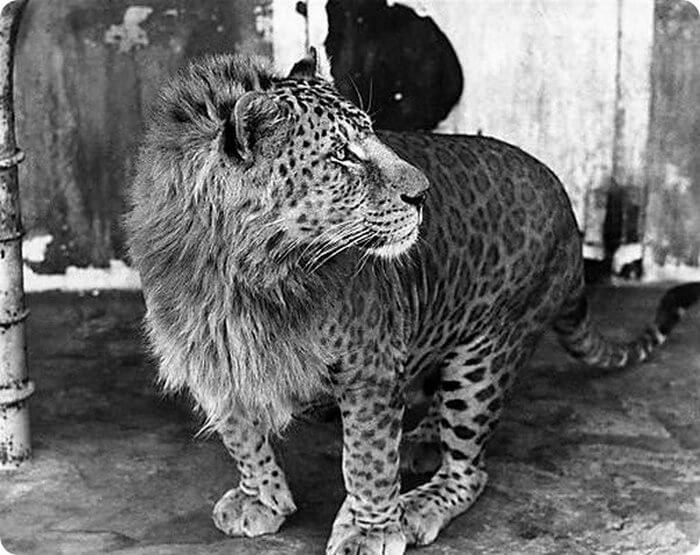 This happened in the Indian city of Kolhapur in 1910. A large male leopard and a lioness gave birth to two cubs, one of which did not live even 2.5 months. The second baby turned out to be stronger, and when he grew older, samples of his fur were transferred to the famous English zoologist Reginald Pocock. 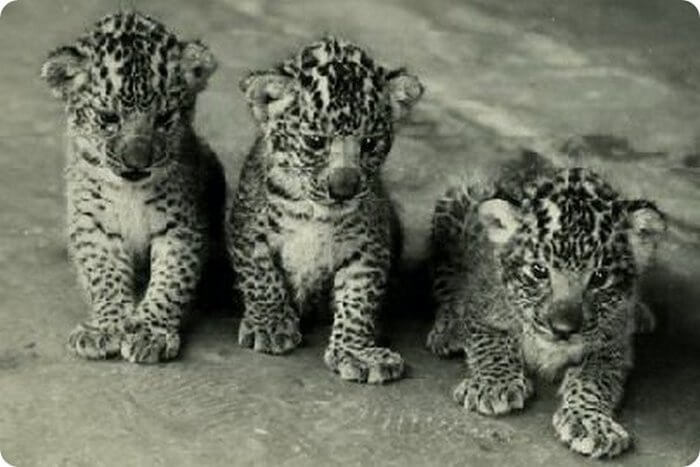 Pocock, who first described the leopon in 1912, noted that outwardly the animal resembled a leopard with a lion’s head, the spots on the sides of its body were blurry, brown in color and their size was smaller than that of the Indian leopard. The spots located on the head, back, legs, and abdomen, on the contrary, were clearly delineated, black in color. 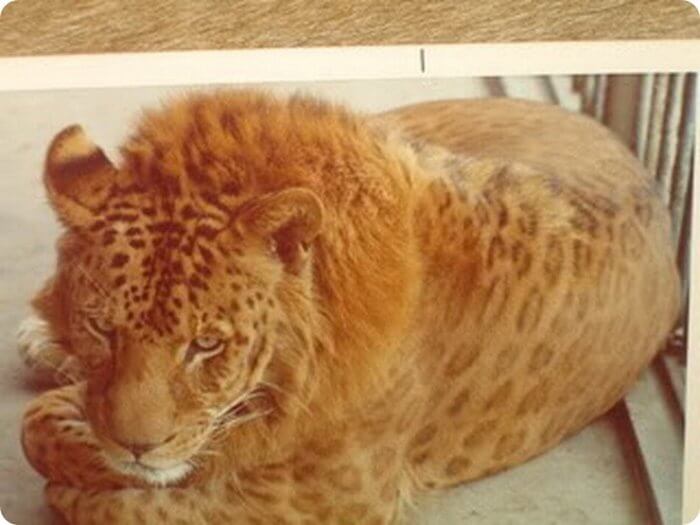 The fashion for breeding leopons has captured the zoos of Europe, in particular, Italy and Germany, and even moved overseas. In the Japanese national reserve on the island of Honshu, scientists have achieved the greatest success compared to zoos in Germany, where all leopons born died at a very young age. The first leopon cubs were born here in 1959, and the last leopon died in 1985. 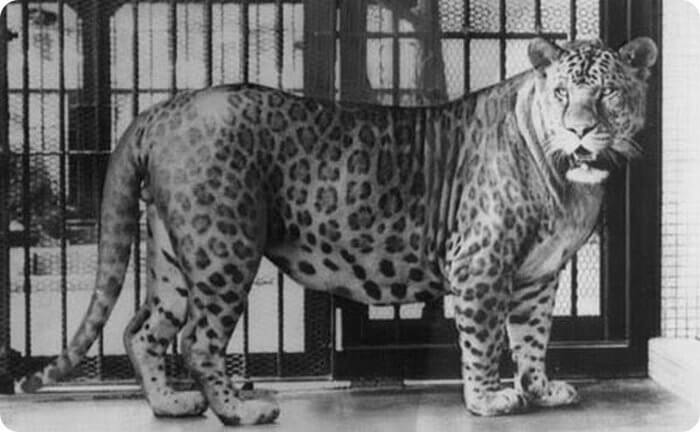 From descriptions of hybrid cats preserved in the Japanese zoo, it is known that local leopons were larger than leopards and combined the features of both parents. Their color was dominated by brown (not black) color, the tails were with tassels, and the males grew rare, up to 20 centimeters in length, mane. All leopons were excellent tree climbers and spent a lot of time in the water.

The audience who came to see this miracle of nature was delighted, but in scientific circles, such experiments were not approved.