The Whippet is a graceful, smooth-haired creature, in whose veins the blood of the Greyhounds flows. The breed was developed in the 19th century for hunting rabbits and participating in dog races.

Attachment to the owner and an ineradicable desire to participate in all his endeavors – this is what distinguishes the breed in the first place. If you constantly stumble over your pet while moving around the house, don’t be discouraged. For a small English greyhound, following its owner “tail” is almost a necessity. But the dog does not show such love for children, therefore, as soon as the younger generation begins to overdo it with pranks, the hound stops playing and proudly leaves. However, animals also do not feel much dislike for babies, and if you want to make friends between a child and a dog, explain to the first one how to properly handle the animal. 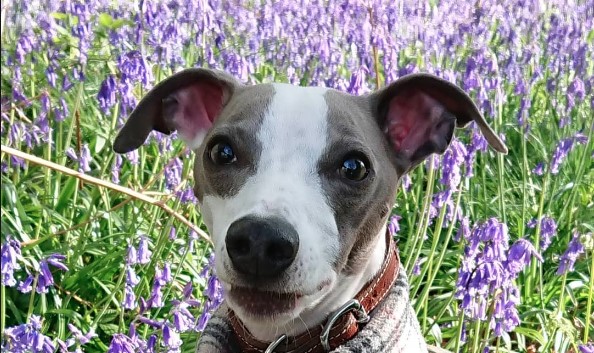 Whippets effortlessly manage to establish contact with other pets. Greyhounds are especially supportive of their relatives, but if necessary, they will tolerate a cat in the apartment. At the same time, the dog clearly distinguishes between its home territory and the rest of the world, therefore, if the pet sees a cat or other small animal on the territory of a neighbor, get ready for a frantic race. Anything that does not live with Whippet in the same apartment is considered by him as a hunting trophy.

The “nightmare” of every whippet is loneliness and lack of attention from the owner. Hence – destructive behavior, pogroms in the home, and inadequate reactions. If you communicate with a dog a lot, listen to its needs, and give it plenty of fun a hunt or training ground, a peaceful neighborhood and mutual understanding become quite achievable goals. Remember, the Whippet is a grateful breed, responding to a friendly attitude with almost exemplary behavior.

The modern Whippet is not a yard dog at all. Do not forget that the whippet has a minimal amount of body fat and does not warm the coat well, so draft and frost are a problem for the dog. The Whippet should live in a house where the dog will have a cozy corner with a soft mattress and the opportunity to lie in a chair.

You don’t have to wander the street for hours to walk a greyhound. Two visits, 40-60 minutes each, will be enough for whippets to warm up and satisfy their own curiosity. The only thing to get used to is that the dog will constantly drag you on a leash. But this behavior is in the blood of all greyhounds, so humble yourself. 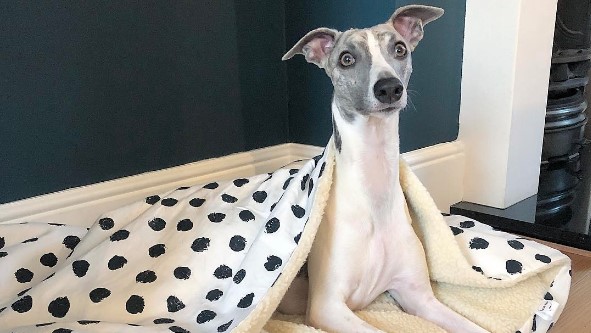 Whippets can run away if they are released from the harness, so until the pet learns to respond to the call, it will have to be walked on a leash.

Whippets are clean dogs that love to groom themselves, so their fur is almost odorless. The breed sheds seasonally, but in individuals living in warm rooms, it is possible to renew the wool unscheduled. During this period, it is worth helping the pet and collecting dead hairs from the body with a damp rubber glove. In the intervals between molts, the whippet does not need daily brushing, but to stimulate blood circulation, it is better to clean the pet’s skin once every 1-2 weeks.