Anemones are inhabitants of the seas and oceans, amazing in their beauty and diversity. Leading an absolutely immobile lifestyle, they occupy a kind of intermediate position between animals and plants, sometimes entering into symbiosis with some other marine inhabitants. 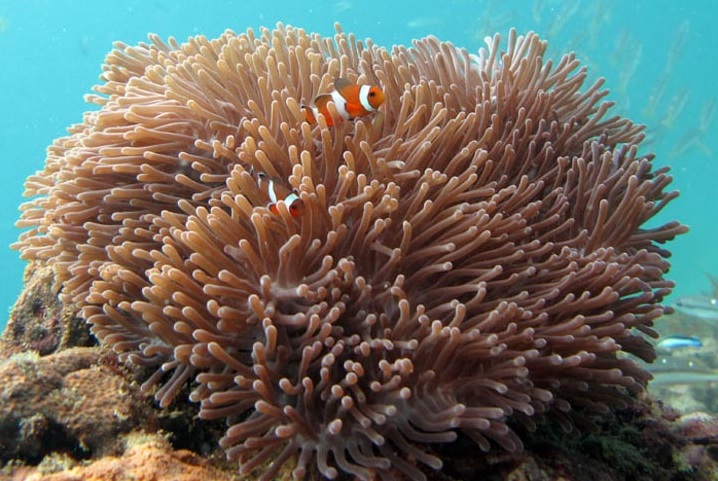