Monitor lizards are becoming more and more popular among terrarium hobbyists. Ackies Monitor appears most frequently in terrariums. These reptiles are relatively small in size and docile nature, which is why they are so in demand.

In the northern part of Australia, there are 2 subspecies of Ackies Monitors. The third subspecies lives on Marchinbar Island, Groote Island, and Carpentaria Bay. 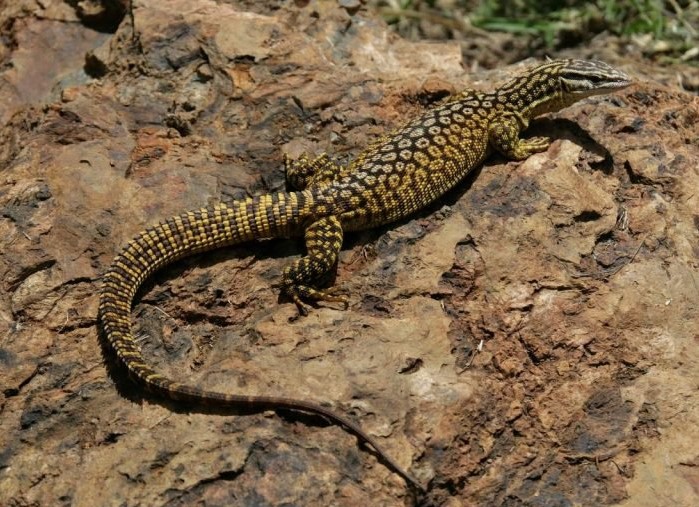 The body sizes of Ackies Monitors also vary considerably, with some reptiles exceeding 76 centimeters in length. Some Ackies Monitors have short tails and some have long ones.

The body of reptiles is flat and streamlined, and the tail is prickly, this shape of the body makes life easier among the stones, and the tail serves as an additional means of protection from predators. 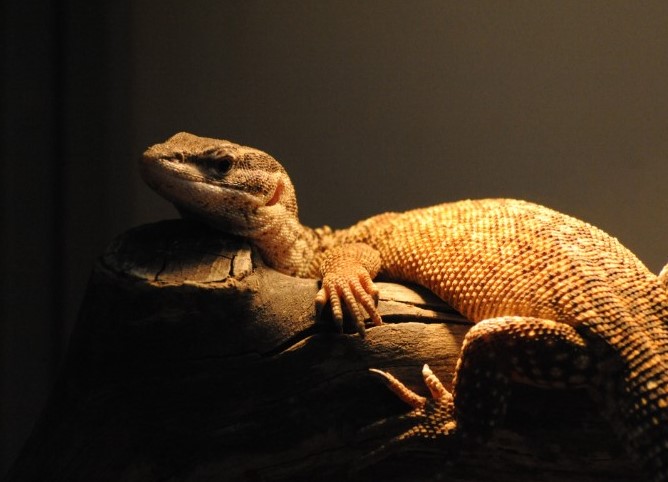 Ackies Monitors’ lifestyles can also vary. In tropical areas, some reptiles lead a somewhat arboreal lifestyle, while in dry areas they live among rocks, burrows, and thickets.

Wherever the Ackies Monitors are found, they prefer arid and rocky landscapes. They are sheltered by recesses in the stones. In addition, in the crevices, they achieve the required body temperature. Large reptiles are not considered herd animals, and small ones live in colonies. These reptiles, living in groups, even exhibit hierarchy in behavior.

They hunt most often from an ambush. Ackies Monitors can wait for prey for a long time, remaining motionless. They leave not far from shelters, it cannot be said that these reptiles are lovers of walks. 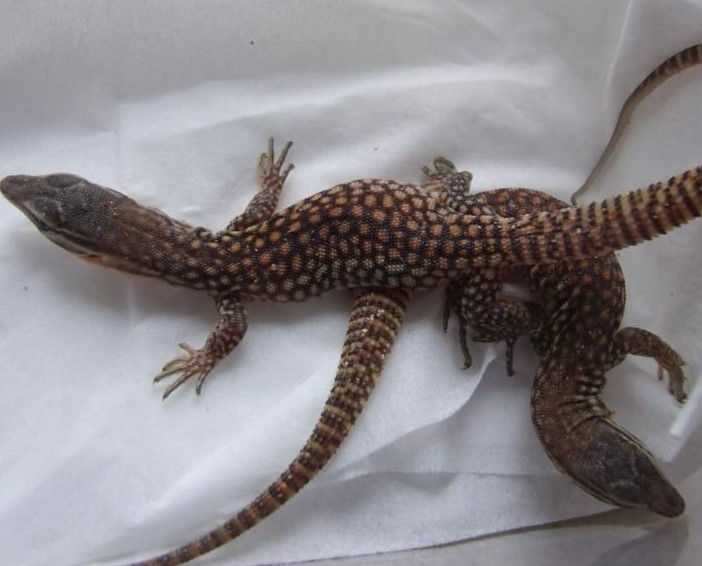 4 weeks after mating, the abdomens of females significantly increase in size, the contours of eggs appear through the belly. The eggs are 32-33 millimeters long and weigh about 6 grams. The female buries the clutch to a depth of 5 centimeters. Incubation takes place at a humidity of 95% and a temperature of 25 degrees.

After 140 days, the heads of the first young individuals appear, the rest of the Ackies Monitors hatch within 4 weeks. The body length of young animals reaches 172 centimeters. They reach puberty at 15 months. 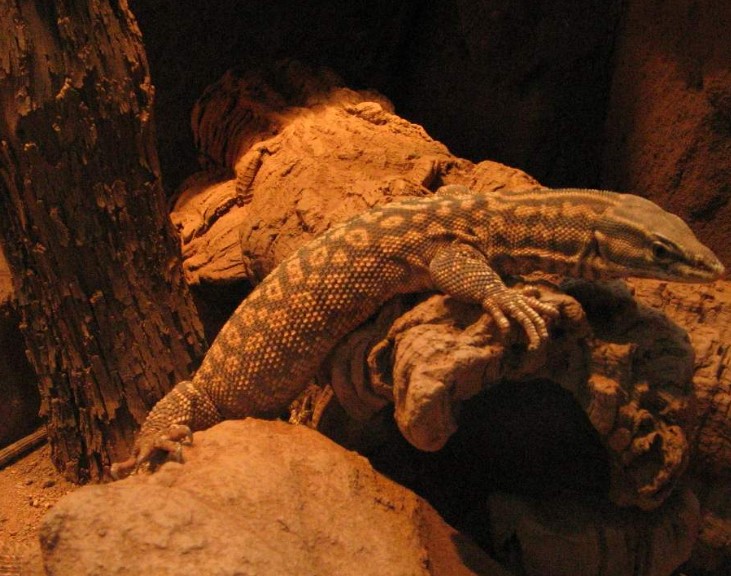 Ackies Monitors thrive in terrarium conditions, they even breed in captivity, so they are suitable for beginners. For a couple of Ackies Monitors, a 60 x 90 cm terrarium is suitable. Earth and sand are used as substrates. If reptiles breed, then the depth of the substrate should be greater so that females have the opportunity to make clutches.

The terrarium should have covered throughout the area. Ultraviolet is very important to Ackies Monitors. The ultraviolet lamp is placed about 25 centimeters from the ground.

There should be a drinking trough in the ground. There must always be water in the terrarium. The shelters are sprayed with water from the inside. Although these reptiles naturally live in hot climates, the humidity in Northern Australia is quite high. The optimum level in the terrarium is 65-85%.

Ackies Monitors are fed once a week, fry is fed daily. Reptiles are given crickets, xenophobes, cockroaches. Naked mice and pieces of raw turkey are a treat for them.