The Dandie Dinmont Terrier is characterized by a certain individuality. With orders, he obviously weighs whether he derives any benefit from following them himself. The answer often seems to be no, because the terrier studiously ignores some commands. His upbringing is therefore a real challenge that can only be mastered with a lot of patience.

However, if everything is going his way, the Dandie Dinmont Terrier is a very affectionate and sensitive companion. He loves his family and protects them to the best of his ability. However, the stubborn terrier sometimes overdoes his watchdog qualities, so his amazingly loud and deep bark needs to be stopped. 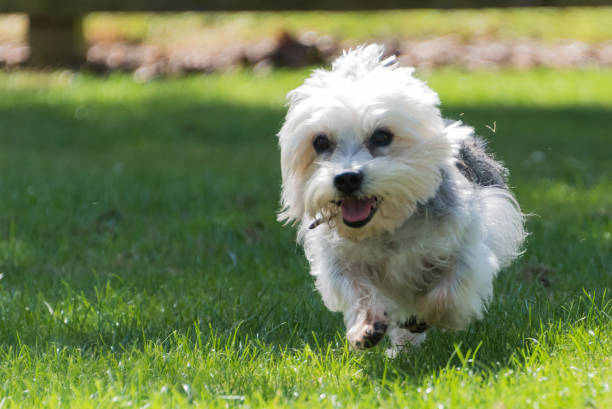 The Dandie Dinmont Terrier appreciates children very much, which he shows by his loving behavior towards them. However, small children should only play with it under supervision. If you treat the Dandie a bit roughly, he can snap. Otherwise, he is sociable towards people and other dogs. With the latter, he sometimes behaves aloof, especially with male Dandie Dinmont Terriers. Other pets that are smaller than himself are also not a good idea.

The Dandie Dinmont Terrier must be allowed to vent its boundless energy when playing and on long walks. When walking, however, the leash is mandatory because the Dandie, like most terriers, has a pronounced hunting instinct. Also typical is the great fondness for digging holes. Therefore, it is best not to leave this dog alone in the garden.

The Dandie Dinmont Terrier is 21 to 25 centimeters tall and weighs up to 11 kilograms. He has a medium-length, wiry coat with a short, soft undercoat. His fur color is called Pepper (pepper colors) or Mustard (mustard colors).

Origin of the Dandie Dinmont Terrier 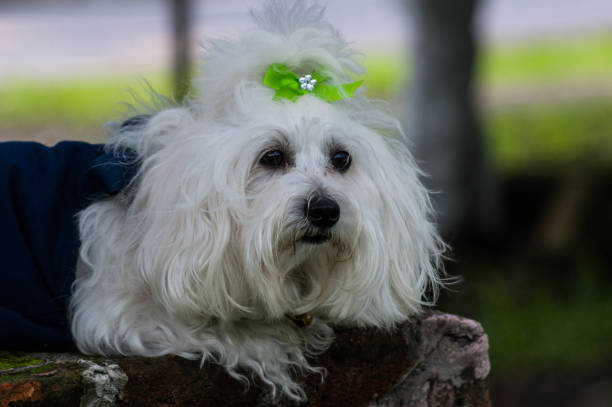 The Dandie Dinmont Terrier, related to the Bedlington Terrier, hails from southern Scotland and was bred by Traveling People for hunting. It was named after a character in Sir Walter Scott’s 1814 novel Guy Manning. At the Fédération Cynologique Internationale (FCI) he is listed among the short legged terriers.