Despite its cute appearance, the dachshund (wire-haired) is not one of the adapted lap dogs but has a mind of its own, which it likes to try to assert. In contrast to four-legged friends, which were bred from the start as companion and companion dogs, a dachshund does not want to be good friends with everyone. He can get over not being patted by every biped.

That’s How the Dachshund

His owner should pay him a lot of attention though. Because he is very attached to the family in which he lives and will defend them to the last tooth – if need be – to the last tooth, which is why he also makes an excellent watchdog, but who sometimes doesn’t know that at some point you can do that again must stop barking. 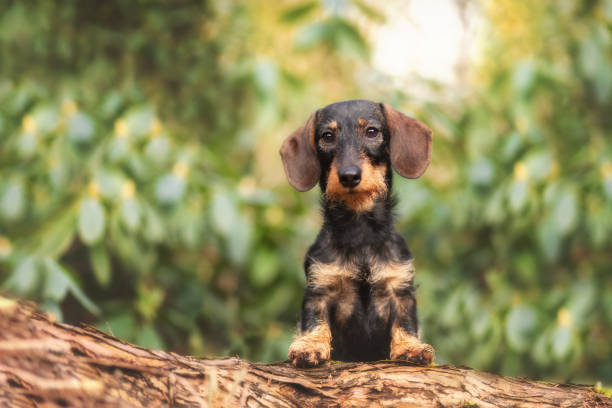 As the original hunting dog, which should also take on a fox in an emergency, the dachshund is courageous and fearless. And the wire-haired dachshund probably in particular, because terriers were crossed with his ancestors. That explains its rough fur and its particularly hunting-friendly character.

Since he quickly gets bored without proper work and then tends to do all sorts of mischief, such as digging holes where none belong, he should be looked after sufficiently and included in all family activities if possible. His energy sometimes seems to be boundless and he keeps his people on their toes despite their short legs. Because not only do they have to go for long walks with him, but they also have to make sure that no animals running around arouse his hunting instinct.

Since this can happen very easily, the wire-haired dachshund should only be walked on a leash if possible. Within the family, he is very loving and in need of harmony. Cats and small children are not necessarily his absolute favorites, but if he gets used to them from an early age, he gets along very well with them.

Since some wire-haired dachshunds tend to snap if something doesn’t suit them, they have to be trained very consistently. Even then, it can sometimes happen that he “overhears” some commands. A dachshund’s specialty is, for example, chasing after a ball with great enthusiasm, but not bringing it back to the thrower.

Because of its long body and short legs, great care must be taken to ensure that the dachshund does not jump from great heights, climb stairs, or develop joint deformities. The latter is the main danger if he is carrying overweight around with him. Unfortunately, all Dachshunds tend to gain weight quickly, which is particularly devastating given their build. Therefore, strict training is also necessary here, which also makes do with rewards other than treats.

The Appearance of the Wire-Haired Dachshund

The wire-haired dachshund is 30 – 34 cm tall and weighs up to nine kilograms. The miniature and rabbit dachshunds, on the other hand, are much smaller and lighter. The fur is wiry and, according to the VDH, light to dark sow-colored as well as dry-leaf-colored. Around the snout, some wire-haired dachshunds have a beard like terriers. 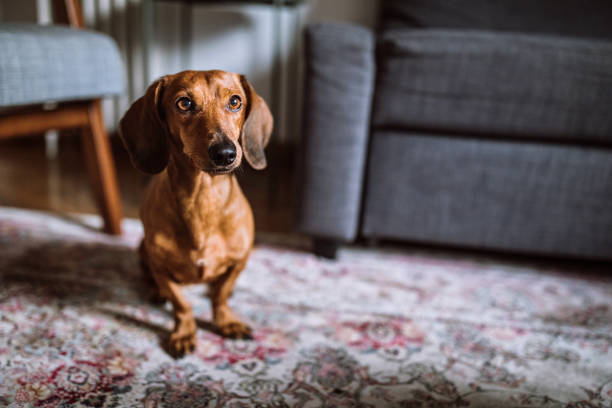 The wire-haired dachshund only needs to be brushed occasionally. Trimming is also regularly announced, although a professional should possibly do it.

The Dachshund originated in Germany in the 17th century as a fearless dachshund that also became very popular in the US in the 19th century. The wire-haired dachshund probably also emerged at this time, through targeted crossbreeding with terriers.