King Charles Spaniel (English Toy Spaniel) is a happy, affectionate, playful, and calm dog that wants to be your best friend and loves to snuggle up in your lap. He is very attached to his owner. He needs a lot of attention and affection and cannot be left alone at home. 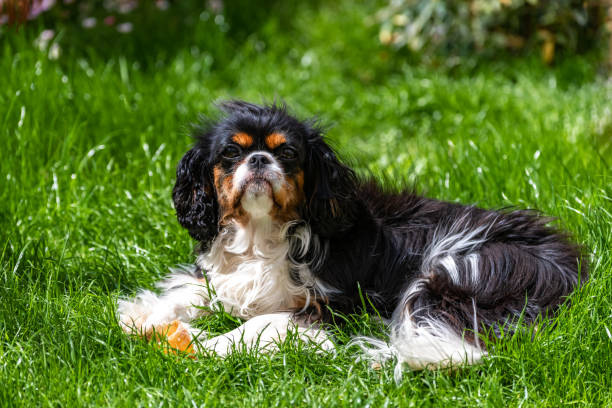 In turn, he is very sweet and loving and will do anything to please you. Likes to be around people and can be very shy around strangers at first. But he makes friends very quickly with other people. Since he is a gentle dog, his training sessions should be carried out calmly and not strictly.

At times he can be very stubborn and possessive, but generally, well-behaved King Charles Spaniels are not and are very obedient. He is not a good watchdog because he does not usually bark much and is often shy and reserved. He gets along well with other pets and dogs. It is an ideal play partner for children. As with many other dogs, he does not like being teased or teased and may snap in fear.

He doesn’t have much energy and it’s enough for him to play in the house or in the garden. He should always be leashed when walking, as he has a great hunting instinct and will hunt for smaller birds and animals. He can often be very picky about food and will not always eat the meal he is given. He sheds quite a bit of hair and should only be kept in a household where vacuuming a few times a week is not a problem.

This is What the English Toy Spaniel Looks Like

Its field should be brushed regularly so that the fur does not become matted and no foreign bodies such as sticks or grass get stuck in the fur for a long time. 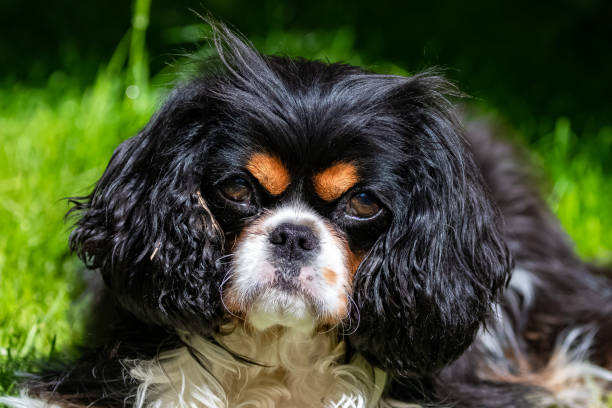 King Charles Spaniel (English Toy Spaniel) is usually descended from the pug dog, which originated in China or Japan. In the Middle Ages, Charles Spaniel came to Europe and became very popular there during the reign of King Charles 2nd of England. Nobles in particular held this breed very affectionately. It was often mistaken for hunting small animals and birds.