Like many short-legged dogs, the Sealyham Terrier was originally used as a construction dog, i.e. as a hunting dog that followed badgers and foxes into the burrow.

Things to Know About The Sealyham Terrier

It goes without saying that this dog, which is as small as it is robust, is very attentive and therefore makes an excellent guard dog. Anyone classified as an enemy will have a hard time getting past the Sealyham Terrier. Because he defends himself to the last tooth. 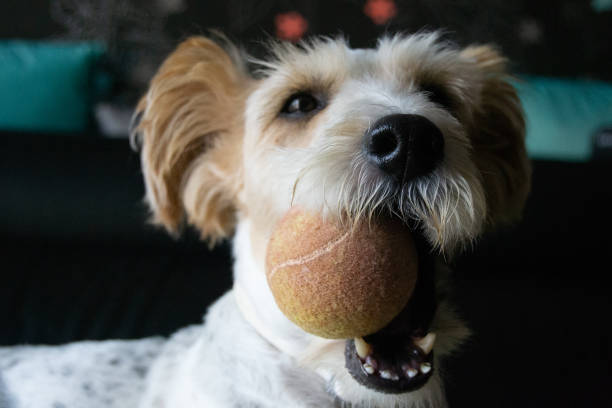 However, due to his normally friendly and affectionate nature, he is also the ideal family dog, who frolics around to his heart’s content with small and large children. If he gets enough exercise and can live out his enormous urge to move every day, the Sealyham Terrier also feels comfortable in an apartment.

Like all terriers, he should be raised lovingly, but with a strict hand. Otherwise, he’ll soon be the boss who decides where to go. Originally from Wales, the Sealyham Terrier has long been very popular in Europe. However, that changed in the second half of the 20th century. Today the breed is a cross between several terriers such as u. Fox Terriers, West Highland White Terriers, and Dandie Dinmont Terriers are bred primarily in the UK and South Africa.

The Sealyham Terrier is up to 31 centimeters tall and weighs around nine kilograms. Its fur is white, often with a second color in the head area. The legs are very short compared to the body length.

Because of the dense top and undercoat, the Sealyham Terrier should be brushed every day and professionally trimmed at regular intervals. 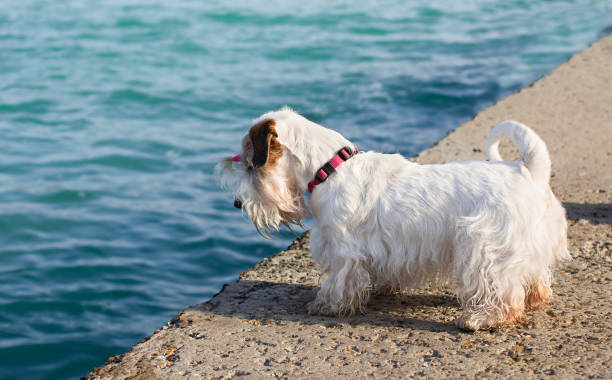 The Sealyham Terrier was bred in Wales in the 19th century to hunt foxes, badgers, and martens. In 1910, the fearless dog’s breeding success was rewarded with recognition as a breed. After that, the Sealyham Terrier was very popular all over Europe and also in Germany. After the Second World War, however, the breed was no longer able to build on its former popularity.