Nobody can fool this dog: the Scottish Terrier is a very attentive observer and is therefore ideal as a guard dog. However, he has a mind of his own when interpreting this task. 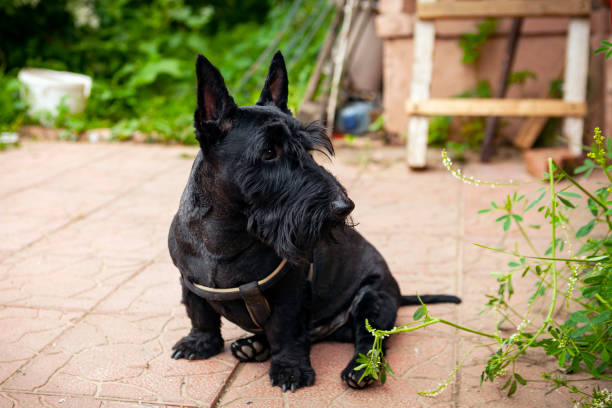 Because the Scottish Terrier, originally Aberdeen Terrier, was bred as a low-legged hunting dog for building foxes and badgers for independence. This can sometimes border on stubbornness, which is why it is particularly important to raise the Scottie lovingly but very consistently right from the start.

Despite its short legs and small body size, the construction dog is very strong, agile, and, above all, fearless. His ancestors had to deal with angry badgers and that’s still in the Scottish Terrier’s blood.

That’s why he’s anything but a sofa dog. The Scottie is reliable and loyal, but not a bit cuddly, but rather reserved when dealing with people. Instead of being cuddled, he appreciates long walks, where he can ideally live out his hunting instinct. After an adjustment period, which requires a little accommodation on both sides, the Scottish Terrier also gets along very well with children.

The Scottish Terrier reaches a height at the withers of 25 to 28 centimeters and weighs between eight and ten kilograms. Its fur is often black, but can also be wheaten or brindle. The legs are very short compared to the body length.

The Scottish Terrier has an undercoat and should be trimmed about every three months. Otherwise, he sheds too much hair.

History of the Scottish Terrier 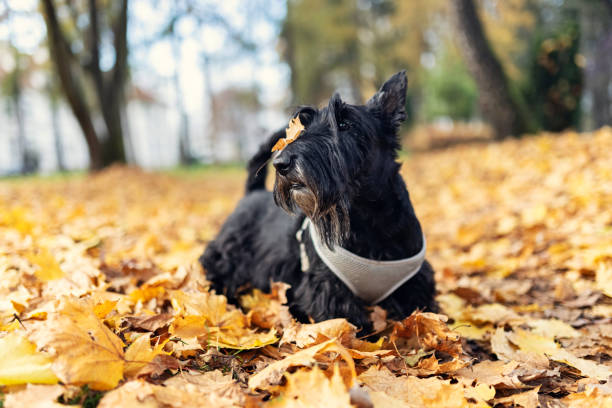 The Scottish Terrier originated on the high moors of Scotland, where it was used to hunt foxes, badgers, and other small game. First known as the Aberdeen Terrier, he was given the name Scottish Terrier in 1897.