The Terrier Brasileiro is exactly how you imagine it based on its name: On the one hand, the terrier comes through, which is always somehow in action, on the other hand, the exuberant temperament that one associate with a real Brazilian.

His lively nature also demands a lot from his owners. As a playful and acrobatic family dog, the Terrier Brasileiro constantly demands attention in order to show various tricks or to encourage someone to romp around. His boundless curiosity drives him to examine everything and follow every sound and every movement. The zeal displayed is very funny to watch. 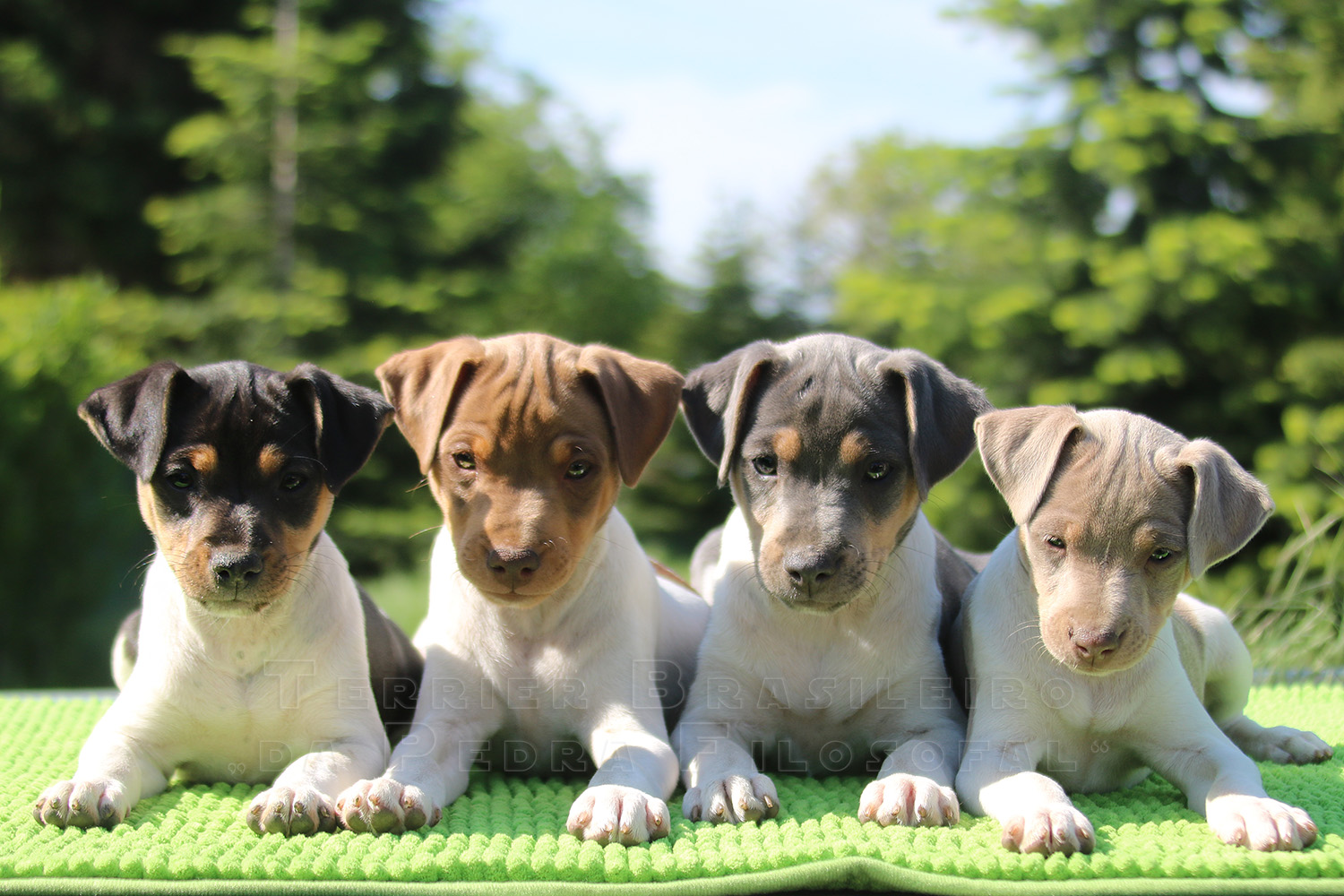 Since he is very alert, the Terrier Brasileiro also makes an excellent watchdog that reliably reports strangers and unusual noises. He fearlessly barks at any (apparent) danger to protect his family. He can sometimes overdo it with his barking. But you can train him to find an end here again.

The bright Brazilian is very docile and eager to learn new things. However, he is all too easily distracted by his exuberant temperament. In general, the Terrier Brasileiro tends to be restless and nervous, which is best counteracted by a lot of activity. If the excited four-legged friend has no job or no opportunity to romp around, he quickly gets bored. This, in turn, gives him all sorts of stupid ideas like barking all the time or digging holes where none should.

It goes without saying that you can’t leave this dog alone any longer. He always needs someone to direct his excess energy. He welcomes children to play with as long as they treat him with respect. The Terrier Brasileiro also gets along very well with other dogs. Smaller pets, on the other hand, are more likely to be prey. This hunting instinct must also be observed during walks.

The Terrier Brasileiro is 35 to 38 centimeters tall and weighs six to ten kilograms. He has a short and smooth coat. It is commonly white and brown with black markings.

Care of the Breed

His coat should be brushed occasionally, more frequently if necessary, to avoid flying hair.

Development of the Terrier Brasileiro

The ancestors of Terrier Brasileiro are European dog breeds like Jack Russel Terrier, Chihuahua, and Pinscher. In Brazil, native dogs mixed with these ancestors. The Brazilian Terrier is one of the high-legged terriers of the Fédération Cynologique Internationale (FCI).