The Tibetan Spaniel, also known as “Tibbie”, is an attentive, loyal, loving, lively, assertive and watchful dog. He behaves similarly to a cat in that he just as readily climbs on furniture, window sills, and closets to survey his territory and protect his family. He also makes a good watchdog as he is very alert and very attached to his owner.

Portrait of a Tibetian Spaniel 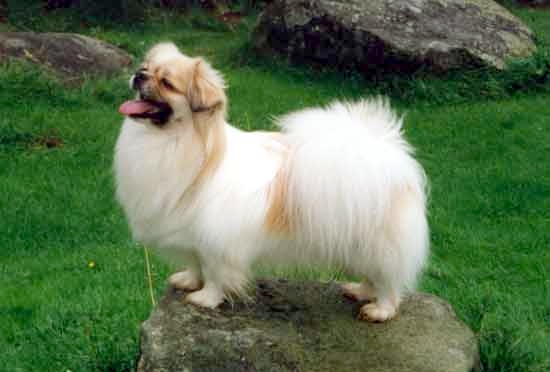 He reacts very sensitively to unusual noises. He often barks at strangers to protect his owner. Nevertheless, he is not one of those dogs that bark constantly without stopping. With strangers, he is reserved and waits to see how they behave towards him. He is not at all aggressive towards people. He remembers everyone he likes and knows.

The Tibetan Spaniel is a wonderful, cuddly family companion who likes to sit in your lap and be petted. He can be quiet around the house, or he can be quite active and energetic in frolicking and playing with you. The Tibetan Spaniel needs its daily walks and should always be kept on a leash as they tend to run away to explore their surroundings.

Once he has done this, it will be very difficult to call him back. He can be independent and very strong-willed and will only cooperate with you when he feels like it. He is a trainable dog, but it can be a challenge to train with him from time to time. He is very sensitive to voices and harsh tones. What he wants most is your love, attention, and friendship.

He’s not one of those dogs that can be left alone or locked away, and he’s not a dog that needs to be outside a lot. He gets along with other pets as long as he has grown up with them and is considerate of children. He is very sensitive and should be supervised around young children. He occasionally sheds a few hairs throughout the year and once a year his fur puffs out into a small tuft. He may not be the ideal pet if you don’t like dog hair in your house at all.

The Tibetan Spaniel is about 25cm tall and its ideal weight is 4-7kg. He has a silky, medium-length double coat. Its coat can be black, black and tan, cream, gold, red, silver, or white.

His coat needs occasional brushing. If you want to keep his hair loss to a minimum around the house, you can brush his coat more often to remove loose hair early. 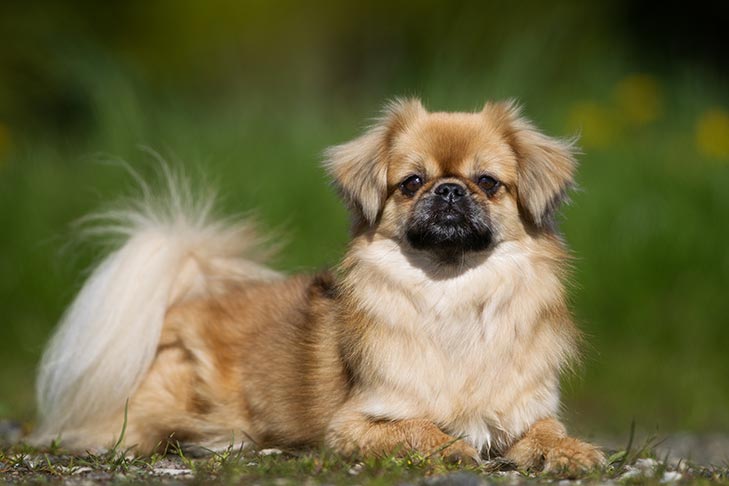 The Tibetan Spaniel is a very ancient breed, dating back almost 2,000 years. He was one of the favorite pets and guard dogs of Tibetan monasteries, where he would sit on the walls and bark to warn of intruders. He was also a coveted gift, which was known as the “lion dog.” The first Tibetan Spaniel came to England in 1800. It was first sighted in America around 1985.