The American Water Spaniel is a relatively young dog breed that was bred in the United States. Used for hunting birds and hares. Very persistent in his work. Friendly, level-headed, and easy to train. Requires regular, but uncomplicated maintenance. 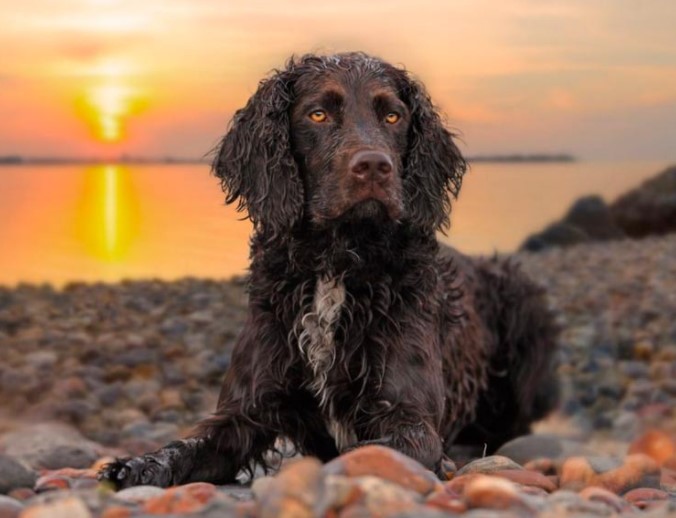 The American Water Spaniel was bred in the middle of the 19th century in Wisconsin, USA. It is not known exactly which breeds were involved in the selection. They were likely a variety of Spaniel’s, including the Irish Water, Curly Coated Retriever, and Flat-Coated Retriever.

At the beginning of the 20th century, Dr. Pfeiffer New London noticed that small brown dogs, well known in their region, have every chance of becoming a breed of their own. He led a group of enthusiasts that won recognition for the American Water Spaniel at the United kennel club in 1920. In the 30s, the American Water Spaniel Club was founded, after which the breed began to improve and develop at a rapid pace. Already in 1940, she was recognized by the American Kennel Club. 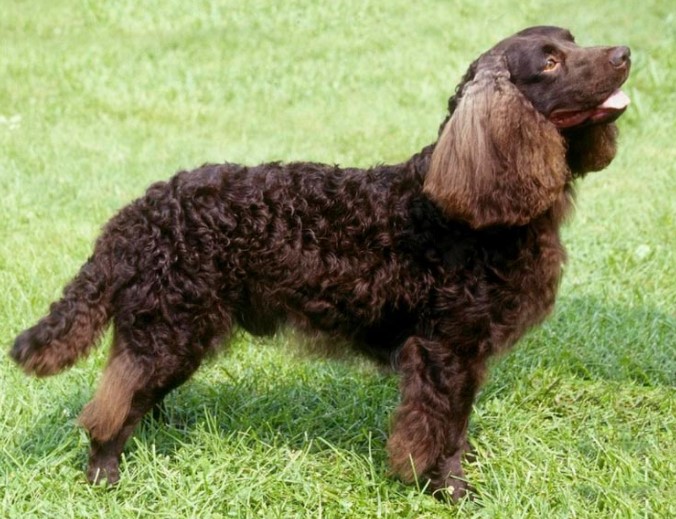 The American Water Spaniel is a medium-sized, robustly built dog with well-developed muscles and a curly coat.

The head is moderately long, the skull is convex and wide. The stop is moderately pronounced. The forehead is covered with short hair. The muzzle is square, of medium size. Scissor bite. The nose is wide with well-open nostrils. The eyes are dark brown or hazel, shiny, set wide apart. The ears are long, wide, set just above the line of the eyes, patchy.

The body is proportional. The neck is muscular and strong. The chest is medium in size. The tail is of medium length, covered with short hair, pointed towards the tip, carried straight, slightly below the level of the back.

The coat is formed by numerous small curls, rather dense, but not rigid. The color is dark brown (chocolate) or liver. The coat on the toes is slightly lighter. A light spot on the chest is allowed. 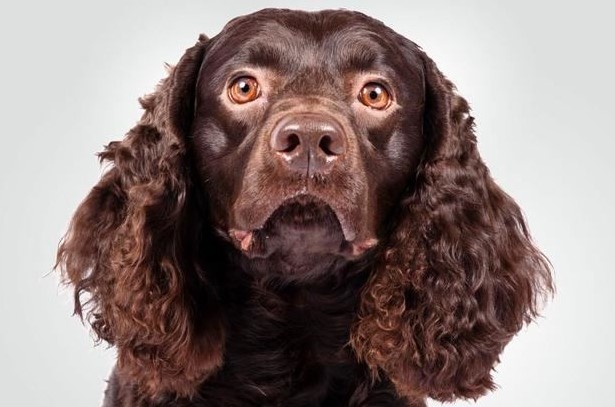 The typical American Water Spaniel is a balanced, active dog that will be happy with any opportunity to release energy. Friendly, very affectionate, and intelligent. At the same time, the dog is quite tough, bold, and stubborn in her work. Possesses a pronounced hunting instinct.

Can be independent and stubborn, likes to do everything in his own way. This dog will not miss the opportunity to become a leader among both humans and other dogs. Gets along well with the animals she grew up with. American Water Spaniel is quite tolerant with children, but it feels better in the company of older children.

The American Water Spaniel is relatively easy to train, responds better to positive training methods, but at the same time, the owner must be quite demanding. An intelligent dog quickly identifies weaknesses and finds ways to evade commands.

The American Water Spaniel can be an excellent hunter or perform well in a variety of sports such as agility, obedience, and diving.

The American Water Spaniel has pronounced territoriality and will defend the borders of its territory from strangers and animals. He treats strangers with distrust, but without aggression.

The American Water Spaniel is not afraid of cold and dampness, it is able to work even in cold water, needs long walks, and good physical activity. Bad for backyard life. Not so much because of its unsuitability for frost, but because of the need for communication. Only by feeling like a real family member will the Water Spaniel be an obedient and happy companion.

To prevent curly hair from tangling, you need to comb it 2-3 times a week with a comb. Then the undercoat and overripe hair are removed with a brush. Haircuts are done periodically to give the dog a more well-groomed appearance. full bathing is required infrequently, once every 2-3 months or less. After bathing in salt water, the dog should be immersed in fresh water to rinse off excess salt and algae.

No haircut is required for the exhibition. Working dogs often have their ears and paws trimmed short.

It is also necessary to monitor the condition of the ears, periodically wipe the eyes and trim the nails as you grow. 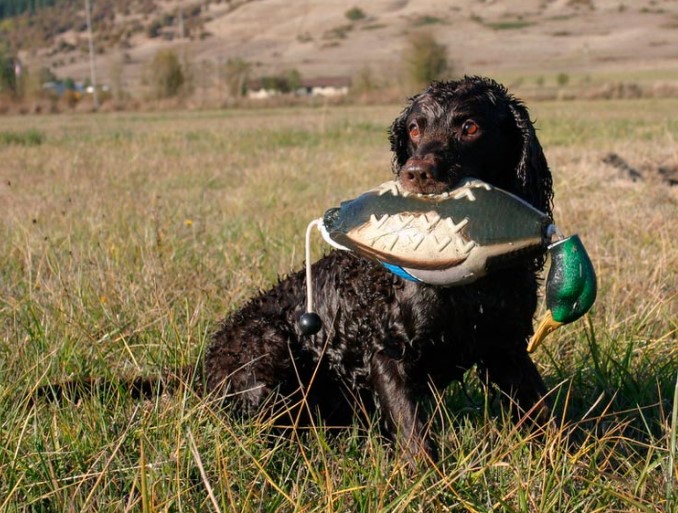 The American Water Spaniel is not one of the breeds with health problems, but it is not without them at all. Most dogs, with good care and nutrition, lead healthy and long lives. Life expectancy is 10-14 years. A list of breed-specific diseases includes: