The American Water Spaniel is a very sociable dog and does not like being alone too much. This is a fairly young breed, bred in 1920 in North America by crossing several varieties of water spaniels (the main role was played by the Irish water spaniel), and “diluted” by the English curly retriever (which was also bred by water spaniels) – that’s how complicated and confusing it all is in this mysterious canine world. Already 20 years after its inception, the breed was recognized by the American Kennel Club. 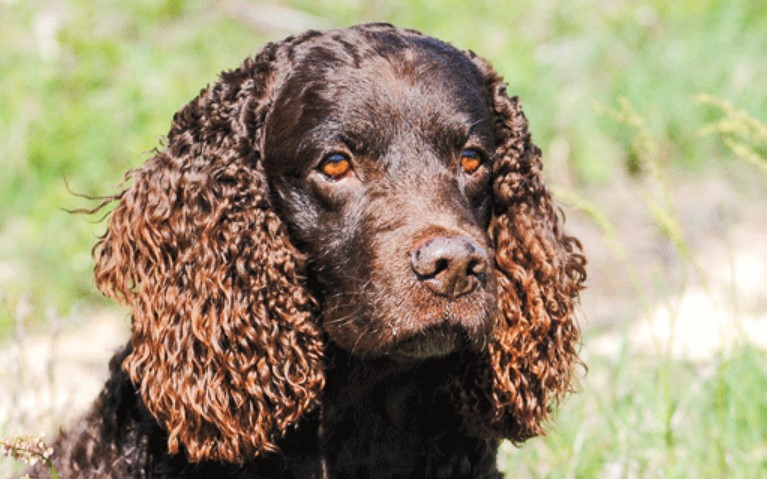 The American Water Spaniel is also often referred to as the Boykin Spaniel, after its most distinguished creator, Whit Boykin. This dog is a symbol of the American state of Wisconsin as a sign that it is the first versatile hunting breed developed in the USA. Outside its homeland, the American Water Spaniel began to spread quite recently, but in Russia, you are unlikely to find it. The Boykin Spaniel is primarily known as a “water” hunter: he is an excellent swimmer, swiftly throws himself into the water after a shot prey (or drives it out onto land), and quickly brings it to its owner, and without even harming it. Usually, he works for 5-6 birds at once, catching them one by one. By the way, in the water, the tail of the Boykin Spaniel serves as a wonderful rudder for him. Also, this curly hair can hunt on land, both for a bird (duck, pheasant, partridge) and for a small game – a squirrel or a hare. Outwardly, this handsome man, thanks to his dark brown or chocolate curls, expressive eyes, the color of which always matches the color of the coat, and elegant hanging ears, looks stylish and noble. This is a dog of medium size and strong build, he is dignified, with a height at the withers from 38 to 46 cm, weighing from 14 to 20 kg. The tail of the Boykin Spaniel is usually perky raised up. The dog’s coat can be of varying degrees of curliness – from slightly wavy to strongly curly. It performs not a decorative function, but primarily a protective one – it saves him from bad weather, water, and possible “combat” wounds. The American Water Spaniel will feel good in a city apartment, provided that it takes frequent walks and regular “fitness”. At home, this dog is always restrained and affectionate – but on the hunt, he gets into such excitement that his character changes in an instant, and he can easily get overexcited from an excess of feelings. He is hardy and smart, easily and with pleasure amenable to training, besides, he loves to be useful and is never lazy. Do not forget to praise him for a job well done – he will be very pleased. But this dog does not like harsh words, so if he is guilty of something, tell him about it in a calm but strict tone.