This graceful Arabian dog is the very embodiment of elegance, thoroughbreds, and oriental grace. You can admire them endlessly, without ceasing to be amazed at what a perfect creature nature has created. The homeland of this “Arab star”, as his loyal fans call it, is a fabulous and enchanting Morocco. The breed was developed by nomadic Arab tribes in the 11th century to hunt hares, wild boars, and gazelles. However, in those days, this amazing greyhound was perceived by people only as prey, and no one cared about its comfort and basic life needs, and often the dogs had to look for their own food. This clever and talented creature came to Europe at the end of the 19th century, where Sloughi immediately became popular, largely thanks to the pen of the Dutch artist August Legras, who captured her on one of his canvases. 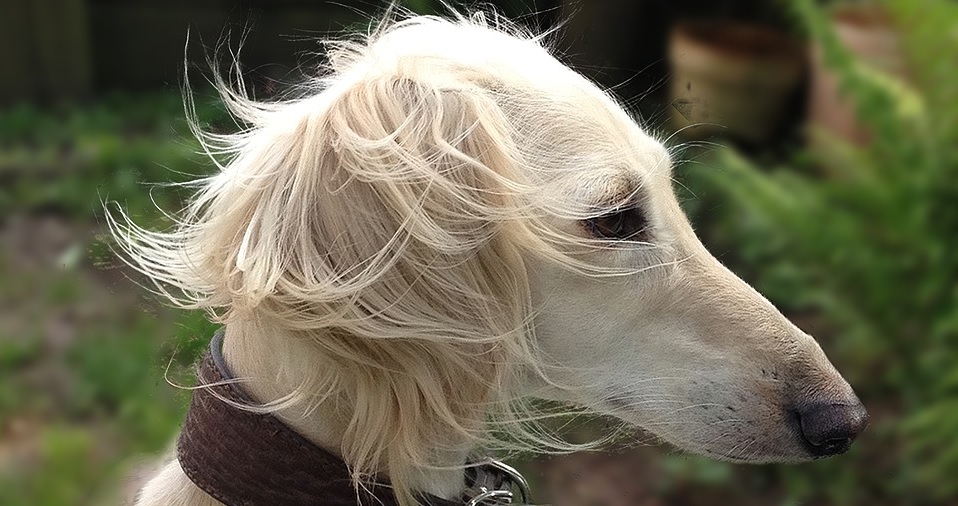 The Arabian Greyhound is a tall and graceful dog with a deep chest, a strong loin, a strongly tucked up belly, and long, moderately muscular limbs (overly developed muscles are considered a disqualifying defect in this breed). Height at the withers, these graceful creatures are from 61 to 70 cm, weighing from 20 to 27 kg. The Sloughi has an elongated head of a graceful shape, a long refined neck, high-set drooping triangular ears, a thin long tail, and brooding dark eyes. Of the features of these dogs, it should be noted that they have a thin skin membrane between the fingers, which helps them to move rather quickly on the sand. The color of the short and smooth coat of these greyhounds is most often cream or different shades of sand, often with a dark mask, there is also a black and tan color with light markings. By the way, thanks to its sandy color, the Arabian greyhound could almost always remain unnoticed by gazelles when hunting in the desert. It is in the hunt that Sloughi shows its hot oriental temperament. The speed that she can develop in pursuit of the game is simply breathtaking. The Arabian greyhound never kills an animal, but only bites the ligaments on the limbs. By the way, this is one of the rare breeds of dogs that hunt “in a sighted way”, that is, first of all, with the help of their keen eyesight, and not their sense of smell, like most hunting dogs. At home, this dog will be a loyal guard, a wonderful companion for you, and a beloved friend for your children, whom you can safely leave slugs in charge of if you need to go somewhere. This oriental aristocrat is not at all arrogant, but friendly towards others and affectionate towards the owner. But remember that he needs proper care and nutrition (he loves to feast on lamb), and, of course, Sloughis need enough space for the dog to move and play freely, so keeping it in the apartment will be inhumane.