The fabulous and increasingly popular Munchkin cat is a naturally occurring mutation.

Most munchkin cats have very short legs but their bodies and their heads are the size and proportion of an average cat. 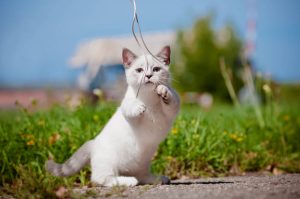 The reality is that they seem to be rather healthy and happy little cats, with no specific health issues associated with their appearance and none of the spinal problems that some similarly-shaped dog breeds tend to have.

They are not only generally hardy, but surprisingly agile and able to leap, run, play and pounce with ease

The physical appeal is hard to deny, but these little cats are known for their sweet, people-loving nature as well.

Recent crosses with other pure-breeds have led to some fascinating varieties too. 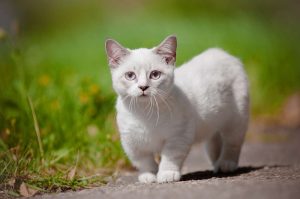 The Munchkin cat personality is very friendly, loving, and affectionate, particularly with children.

Perhaps one of their most adorable sights in the cat world is that of a Munchkin striking a meerkat pose, rising up on tiny hind legs to get a better view of the exciting world around them

The Munchkin cat is not recognized by the Cat Fanciers Association (CFA), the world’s largest cat organization.

It is a relatively uncommon domestic cat breed, but is growing in popularity, and is recognized and shown in the TICA, another large organization that researched the health of the breed before accepting it.

These cats come in any color or pattern, and the coat is varied as well. Moderate grooming may be required for long-haired individuals.

They are usually quite strong and active and have powerful back legs.

Kittens with normal leg length will actually occur side-by-side in the same litter with short-legged Munchkins.

Unlike andochondroplasial dwarves, which some claim they are, their heads are proportionate to the torso and they have few breed-related health issues. 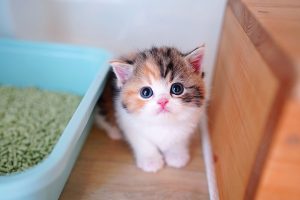 Munchkin kittens are particularly active. These adorable kittens love to frolic, and watching them play is a sheer delight.

They are so busy, bold, and daring they may put themselves in precarious situations until they learn their limitations.

A smaller litter-box and more accessible bed may be required for Munchkin kittens, although they do tend to make just about any situation work.

Kitten-proofing is definitely recommended for anyone considering adopting or purchasing a Munchkin kitten.

High furniture should be off-limits, caution should be taken when holding these wriggly little youngsters, particularly when carrying them across hardwood or tile floors, and spaces under counters and doors should be blocked off as they have a very strong urge to explore.

In Appearance,  the Munchkin kitten is basically a miniature adult. They tend to grow at an average rate and reach a mature height at about 6 months, filling out and maturing to full size and weight at about one year old.

There are many varieties of Munchkin kittens and finding the right Munchkin breeder can be a task. A premium price may also be asked for exceptionally tiny kittens as well. 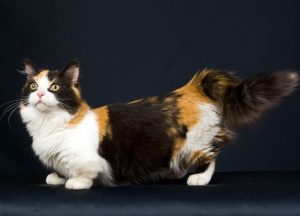 HeadShape: The head should be a modified wedge shape with high cheekbones and proportionate to body size. The nose should be neither broad nor pointed, and in proportion with the rest of the head. Medium size ears, slightly rounded at the tip, and broad at the base. Eyes are large, widely set, and in any color.

Body and Tail: The body is small to medium in size and normal in form. Hind legs sometimes longer than fronts, but all four legs are approx. 1/2 the length of an average cat with similar body size. The tail is breed-cross specific. The feet are round and well-formed.

Coat: The coat varies with the breed-cross and may be long, medium, short, or non-existent.

Pattern: All colors and patterns are accepted.

Overall Appearance: These are endearing, adorable cats that, while novel, should not suffer from their mutation. A generally healthy appearance with a full range of movement must be evident. A sweet-natured and loving pet with an active and playful personality.

The Munchkin is a naturally occurring mutation. Munchkin cats are usually very healthy and active. Cats with normal leg length are born side-by-side in the same litter as Munchkin cats.