Living heritage of bygone eras, the Azawakh today is one of the oldest dog breeds. This African greyhound has the chiseled body of an Egyptian figurine and the free soul of a wild wolf. 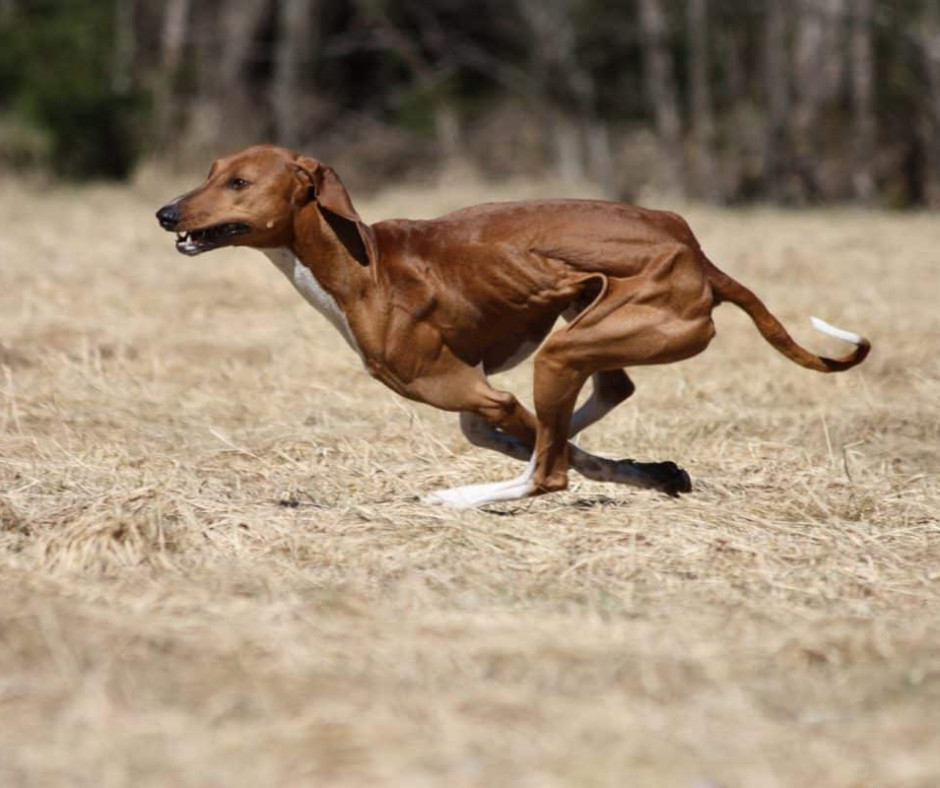 Azawakh is such an ancient breed that now it is impossible to trace its origin. Perhaps they trace their ancestry directly from wolves domesticated in the preglacial period. One way or another, the rock is already about 15 thousand years old. Moreover, throughout this period, the dogs lived in isolation and, if they interbred, then with other greyhounds that existed in antiquity on the Black Continent – in particular, it is known that the ancient pharaohs at different times sent research expeditions inland, so that the Egyptian dogs or otherwise participated in the formation of many African breeds, including the Bassendzhi and, possibly, the Azawakh. However, we can only assume all this, since the peoples who inhabited the Sahel (the transitional region between the Sahara and the more fertile southern lands), not only mostly disappeared from the face of the earth, but did not even leave behind any written documents.

One way or another, in the harsh climate of Central Africa, a very unusual dog has formed over the millennia, capable of easily enduring extremely high temperatures and lack of water.

Until recently, nothing was known about the Azawakhs on other continents, until in the 70s of the last century several of these dogs came to Europe. African greyhounds quickly gained popularity, but more because of their exotic appearance and independent disposition than the working qualities that these gazelle hunters simply had nowhere to apply in a climate alien to them. 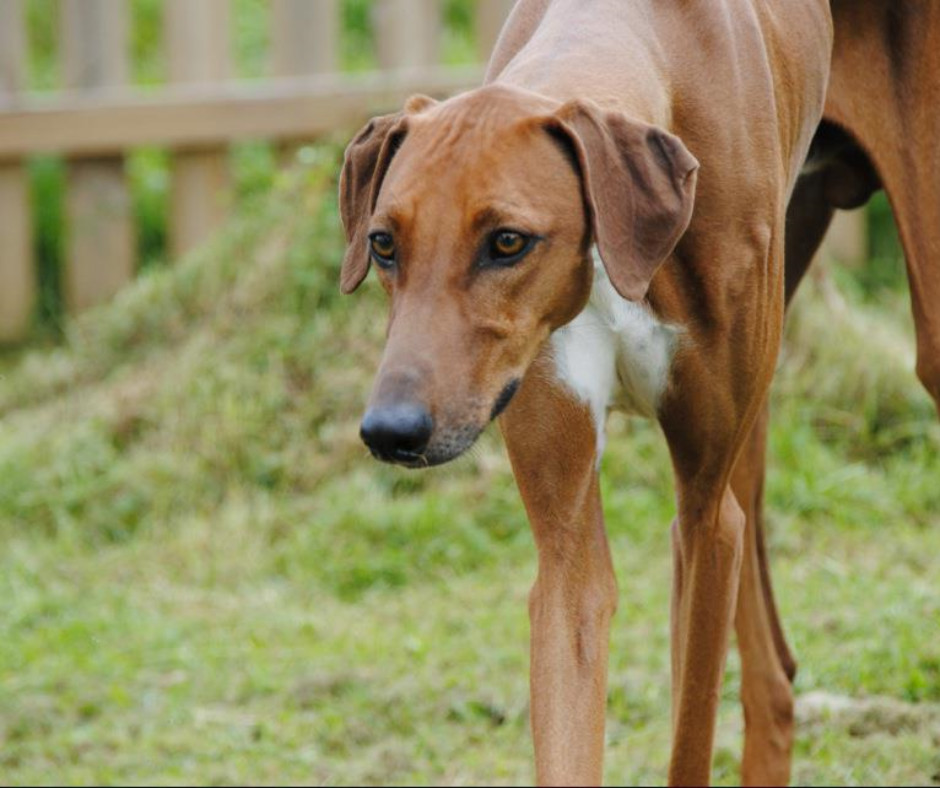 Anyone who sees an Azawakh for the first time will invariably exclaim: “He is at the last stage of exhaustion!” Yes, these greyhounds make that impression. Protruding bones, skin that tightly tightens the muscles with anatomical precision, abdomen pulled in almost to the spine – this is the classic look of the Azawakh.

Their muzzle is quite elongated (a long nose allows the inhaled hot air to cool before it reaches the lungs), the ears are large, drooping, the eyes are deep-set, which contributes to a wide-angle of view, slightly slanted, the nose is black. The coat is short, the belly can be generally bare, the skin is very thin. The chest is incredibly deep, the tail is long, set low, curved at the end, in a calm state it is kept lowered between the hind legs.

Muscles are attached to bones in such a way as to provide the dog’s body with maximum cooling in extreme heat.

The color is sandy with lightening on the underside of the body, red (white spots on the chest, paws, and tip of the tail are acceptable), black. 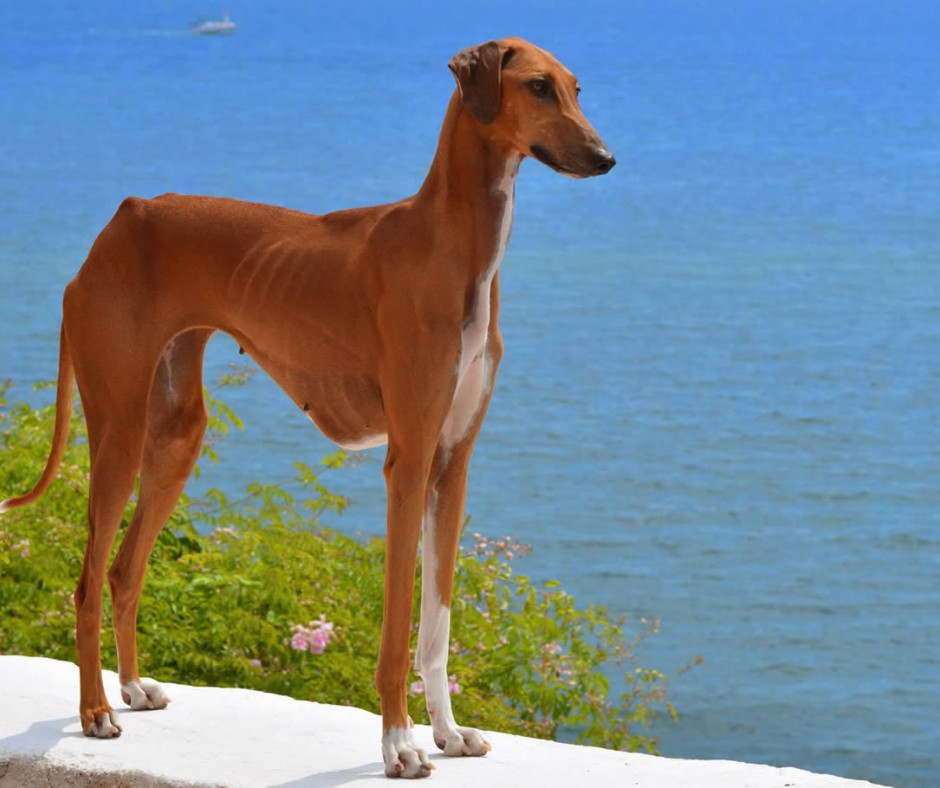 Living side by side with African tribes that have remained at the level of the Stone Age for millennia, this dog has retained most of the character traits of its wild ancestors. The Azawakh is very hierarchical and unconditionally recognizes the authority of the leader (it is good if the owner becomes this leader). They are distrustful of strangers, uncommunicative, but not aggressive either. They are indifferent to children, prefer the company of adults or their own kind. But if you managed to win the respect of this greyhound, you can be sure that, if necessary, without hesitation, she will give her life for you. And although the Azawakh will never flatter, you should know that behind the external restraint and even severity lies a truly loving and devoted heart. 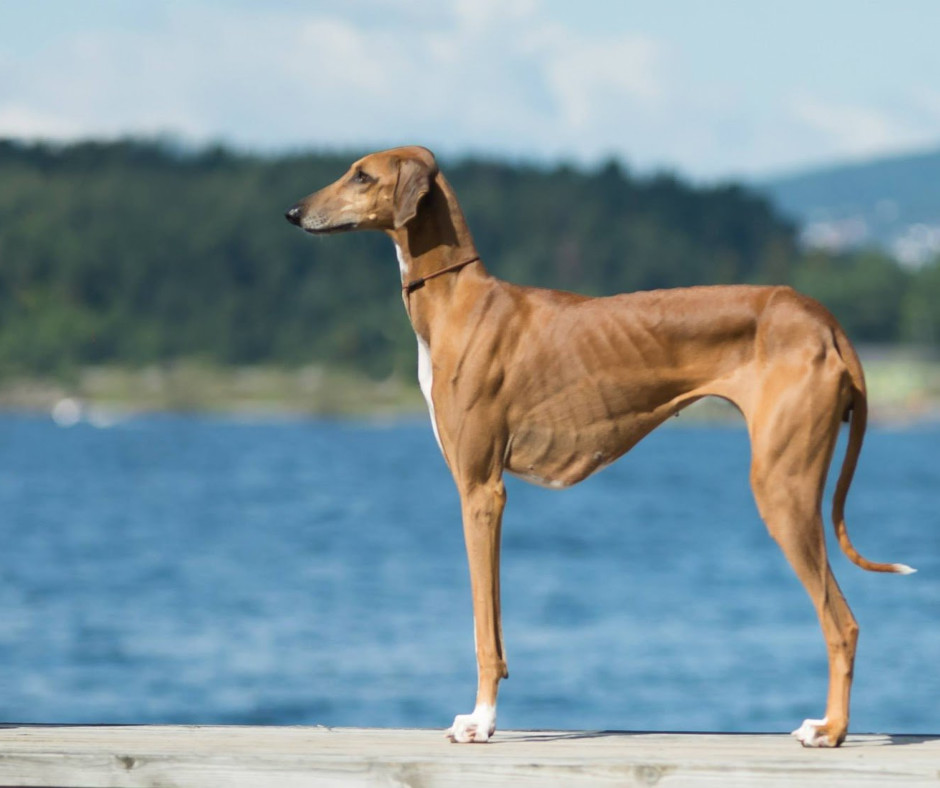 If you live in the northern regions of our country, then think three times before starting this native of hot countries. The anatomy of the Azawakh provides him with maximum adaptability precisely to high temperatures – for example, they are able to chase an antelope for a long time in 50-degree heat. But in the conditions of even the middle zone, the Azawakhs are severely cold. At the same time, these runners need a lot of physical activity. So, if you still decide to get this exotic breed, the dog should live in a warm place, but walk for a long time. For cold weather, stock up on warm clothes for your African pet, but in the hot summer, they will be worn for hours in the sun without any risk of overheating.

He also needs to equip a sleeping place somewhere near the battery and, preferably, spread a warm mattress, blanket, or even an old fur coat. 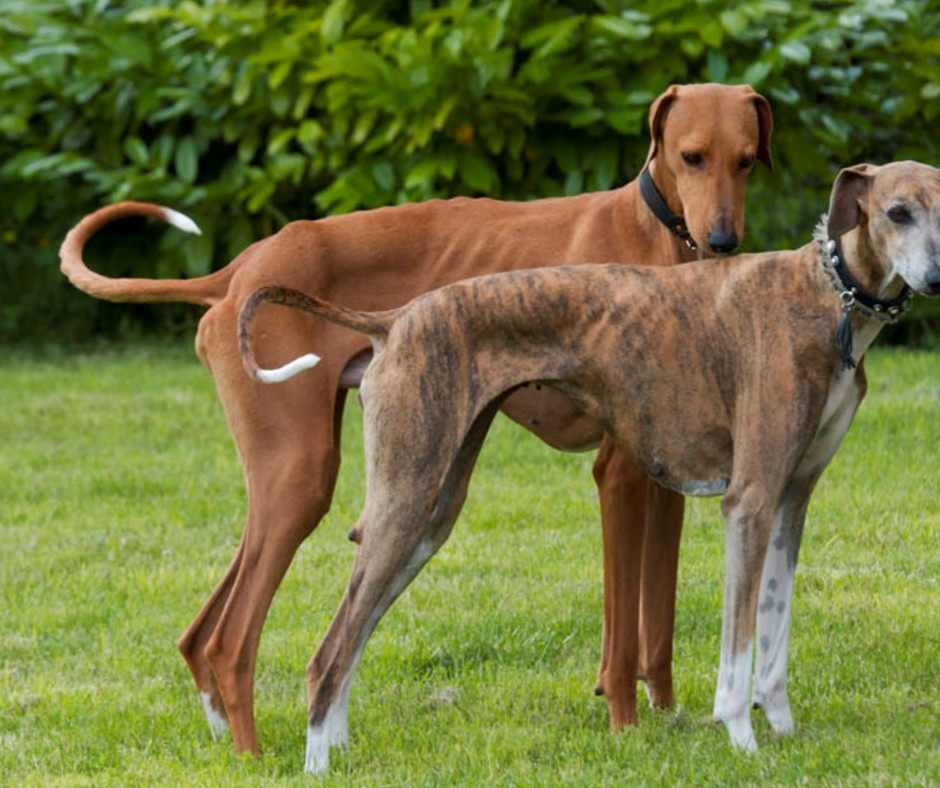 Since all the millennia the Azawakhs rather coexisted with a man than served him, they have a rather stubborn and independent disposition. They are sure that they know best how to act, and it can be quite difficult to argue between them. It only saves that African greyhounds have preserved the instincts of their wild ancestors to this day, so the word of the leader is treated as an immutable truth.

So before you take your Azawakh puppy, start working with yourself first. Develop leadership and self-confidence, because only a combination of calm confidence, love, and firmness can inspire true respect in this southern guest. If you can become a leader for your four-legged friend, there will be no problems with training. 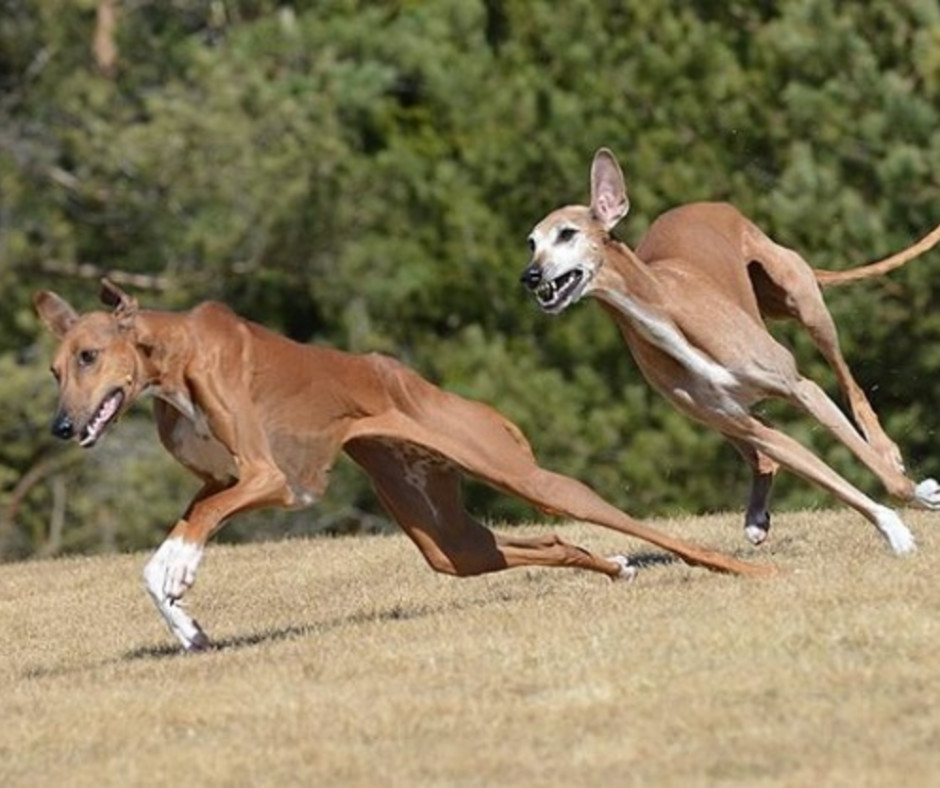 In their homeland, the Azawakhs underwent a tough selection – usually from the entire brood, one strongest puppy was left, because the tribe simply could not feed a large number of dogs. So they have very healthy heredity, especially when it comes to those greyhounds that trace their ancestry directly from African ancestors. But the “Europeans” are already much more pampered and capricious.

But in any case, the Azawakhs ‘Achilles’ heel is their complete inability to cope with the cool climate. In winter, they are very cold and can easily catch a cold, so in no case should you forget about winter sweaters and jackets for these dogs.

Another weak point, like all greyhounds, is the musculoskeletal system of the Azawakhs. Sprains and dislocations are very common for them.

And, of course, do not forget to vaccinate your pets on time and treat them from endo- and ectoparasites.