This bald hedgehog was found in a garden in Bedford, UK. In the veterinary clinic where he was taken, the hedgehog, first of all, got a jumper so that he would not be cold. The two-year-old hedgehog was named Potato. She undergoes tests to determine the causes of such dramatic baldness. After all, needles are modified hair. In the meantime, Potato receives a complex of massages and applications of moisturizing creams fortified with vitamin “E”. 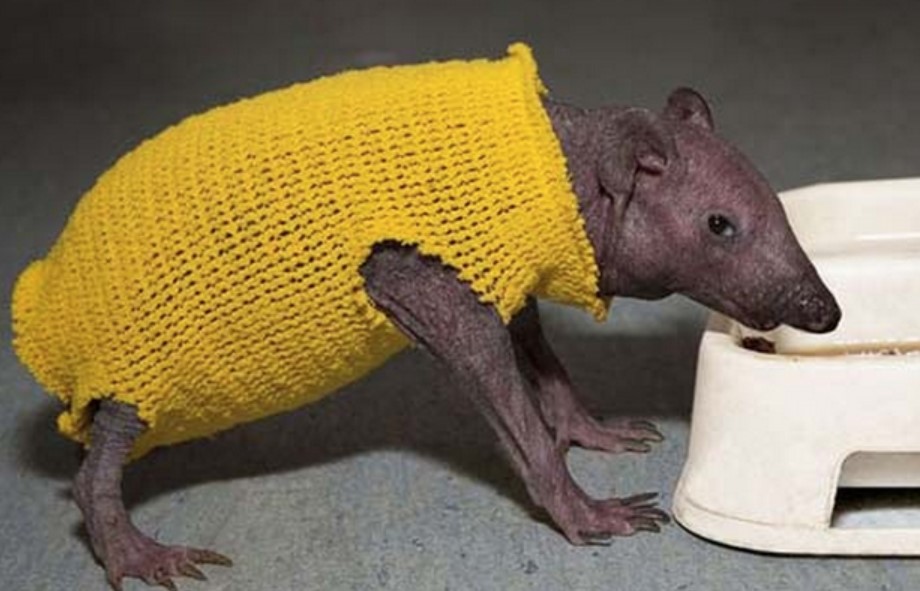 Such cases are known. In same Britain, a bald hedgehog was found, and several months of intensive care and good relations brought the animal back to its natural form. Although the reasons for the falling out of the needles have not been established.