Barbs are popular aquarium fish that aquarists love for their constant fussiness and funny intraspecific relationships. It is necessary to keep barbs only in flocks of six or more individuals. This means that different sexes will always be present in the aquarium. Often, amateurs have a question: is it possible to breed barbs at home? And the answer to it, of course, is positive, although barbs belong to spawning fish, the reproduction process of which is more complicated than, for example, in viviparous species. Nevertheless, with a little experience, it is quite easy to get offspring of barbs.

It should be noted that the regular spawning of barbs (2 times a year) has a beneficial effect on their health. Otherwise, females often develop malignant formations.

The process of breeding barbs begins, as usual, with the selection of producers. Choose fish with the most beautiful appearance, without curvatures, outgrowths, and similar features. A week before spawning, divide the selected fish into different containers – separately for males and females. At this time, they should be intensively fed with high-protein and plant foods. In females, the abdomen will noticeably round and the anus will swell – this is a signal that the eggs in their body are ripe and the individual is ready for spawning. Do not keep broodstock apart for too long, as the males will start to fight each other. 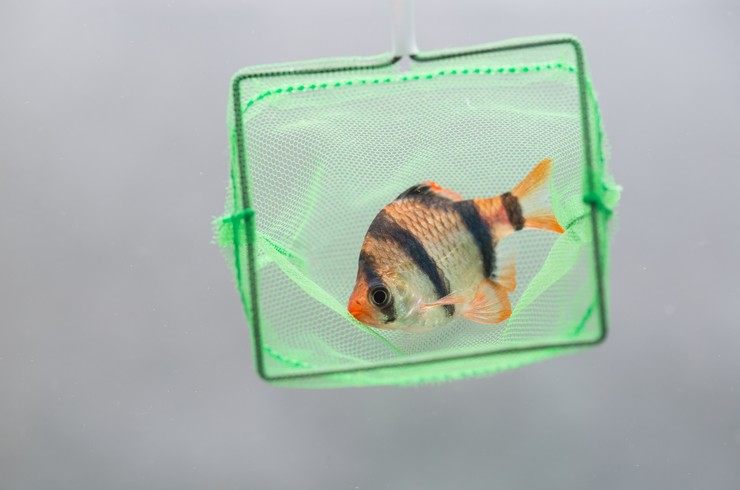 Reproduction of barbs in a common aquarium, unfortunately, is almost impossible. Eggs and young fish that are born will quickly become a victim of neighbors in the aquarium and even their own parents, who are completely devoid of the instinct to take care of the offspring.

Therefore, it is important to properly prepare the future spawning aquarium. A large volume is not required, 10 liters is enough. It is filled with water, the level of which should be 20-25 cm. Two-thirds of the water is best taken from the aquarium, and one-third is added fresh, ideally after an osmotic filter.

Shelters should be laid at the bottom of the spawning grounds, which will prevent the producers from eating eggs. Most often, a separator mesh, bunches of artificial fibers, or a large number of plants, primarily mosses, and ferns, are used for this. You can also put round glass balls. Filtration and aeration are not required at the first stage of reproduction. But a small heater will not be superfluous, because to stimulate spawning, it is recommended to raise the water temperature by a couple of degrees. 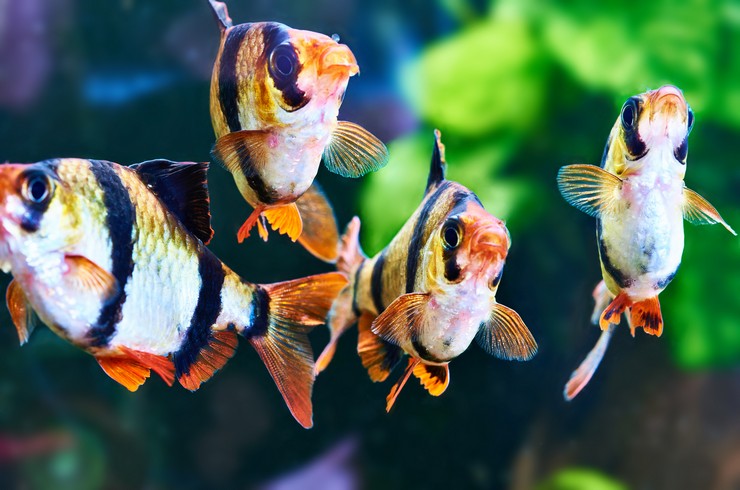 Plants floating on the surface of the water will also be useful – the female can rest in them, avoiding the especially annoying male.

It is best to plant ready-to-breed producers in a prepared aquarium in the evening. First, the female lands, and a day later the male. Be sure to monitor the behavior of individuals, in case of conflicts, the male should be replaced. Spawning itself usually occurs at night and ends in the morning. The male actively pursues the female and with small blows of the head knocks out eggs from her, which he then fertilizes.

Eggs are very small, but their number can reach several hundred. They fall to the bottom, where they stick to the net or plants. Once the process is complete, producers should be removed from the spawning tank. If the female has eggs left, then they must be carefully decanted. 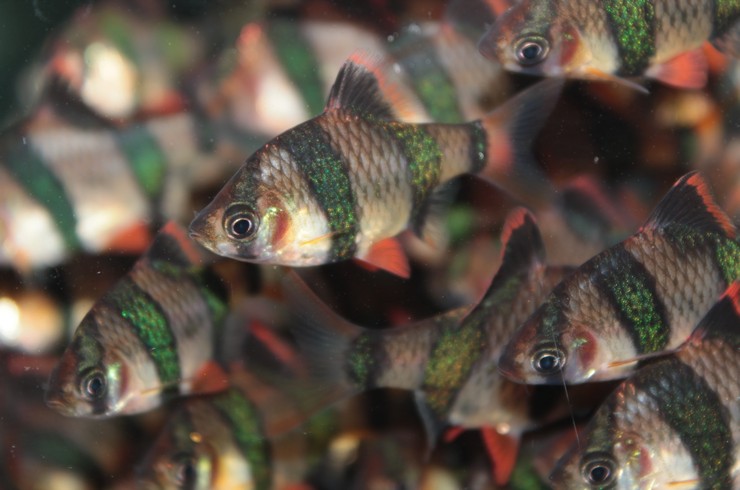 After the completion of spawning, the water level drops to 10-12 cm, and a third of it is replaced with fresh water. It is useful to add methylene blue to the water, which will prevent the development of fungi on the caviar. Light aeration turns on. After that, the aquarium is shaded or transferred to a dark place and left for 12 hours. After this time, the eggs are revised. Live and healthy eggs are transparent, while dead eggs are white. The latter should be carefully removed with tweezers or a pipette.

How to distinguish a female Barbus from a male

The development of eggs lasts about 24-30 hours in barbs, after which larvae are born, which hang motionless for 3-4 days and feed on their yolk sac. When its reserves are exhausted, the fry begins to swim on its own and look for food.

The temperature should be gradually reduced (by 1 ° C per week) and the water level should be raised. Water must be changed daily by 1 / 3-1 / 4. Lighting should be around the clock. 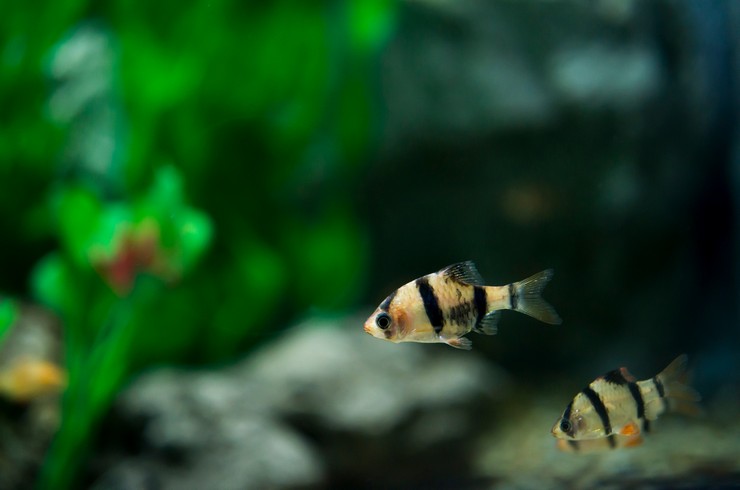 At the age of about a month, barbs are 1 cm in size and the color of adults. When the fish reach 2 cm in length, they must be planted in a common aquarium. Sorting is mandatory, as otherwise taller individuals will offend babies.