Among the other 4 species, the Belgian Shepherd Laekenois definitely stands out. This dog is not inferior to the rest either in physical strength or endurance but has an amazing curly coat, which gives the dog an interesting, unusual look. It softens some of the harshnesses that are present in all Belgians but do not affect the character – serious and alert. Laekenois is a shepherd dog, with all its inherent qualities, therefore, before you start such a pet, you should weigh all the pros and cons.

In the modern world, Belgian Shepherds are divided into four breeds – Malinois, Tervuren, Groenendael, and, of course, Laekenois. However, such a division appeared only in the late 19th and early 20th centuries. This is due, firstly, to the work of Professor A. Ruehl from the Kuregem Veterinary Medical School and a group of dog breeders to search for herding dogs in different regions of Belgium, and secondly, to the holding of the first dog shows.

Laekenois comes from the district of the same name, where the Laekenois castle is also located. Now it is difficult to say whether the castle got its name from the name of the district, or vice versa, but it is the Laekenois breed that is considered the oldest of the Belgian Shepherds. Moreover, it is believed that these pets were bred in the castle itself and their history is inextricably linked with it, although, on the other hand, many believe that the dogs already lived in this area together with the locals, and grazed cattle even before the castle was generally built.

Despite the fact that Laekenois have a coarse coat, sometimes smooth-haired puppies are born in the litter of purebred dogs of this breed. This is because, until the 20th century, all four breeds were mixed with each other. Many clubs and organizations register such puppies as purebred Laekenois, in case it is possible to trace the pedigree in detail. 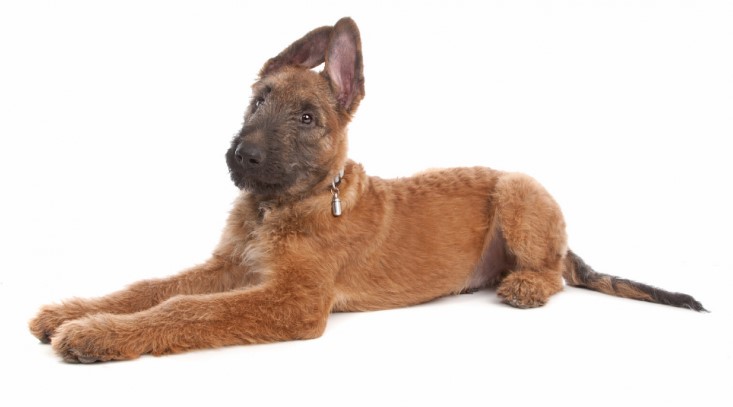 A thoroughbred representative of the breed is a moderately large, strong dog, the body of which is covered with coarse hair. If we talk about a general description, then the Laekenois is a harmoniously proportional animal, intelligent, unpretentious, adapted to living in outdoor conditions, regardless of the climate.

The dog has an elegantly set head, proud posture, giving it an aristocratic appearance, but at the same time, the Laekenois has excellent working qualities. Initially, representatives of this breed were herding dogs, but they were also used for watchdog service. Such a pet will furiously defend the home and family members from uninvited offenders.

All Belgian Shepherds are designed to live in harsh climates, so they have a well-developed undercoat, and the Laekenois is no exception. In this variety, the guard hair is harsh, wiry, the dog looks disheveled, sloppy. On the muzzle and limbs, it is shorter than in other areas, on the body its length does not exceed 6 cm. The tail is moderately pubescent.

Until now, experts argue about exactly what color the coat should be in Laekenois, but the standard states that only individuals with a red, warm color and a coal-black coat in the area of ​​the muzzle and tail are allowed. Gray dogs are also popular among lovers of this type of “Belgians”, but they are not allowed to the exhibitions.

Laekenois are very loyal dogs that love to be close to their owner and feel a close bond. On the other hand, this breed has independence and knows how to make its own decisions, this is in the genes. After all, a Shepherd dog can often be at a considerable distance from the owner, and when faced with danger, when it is necessary to protect the herd, the dog must make decisions himself.

In addition, the Laekenois also guarded the laundry hung for drying in the mountainous regions, which also does not imply the presence of the owner nearby. Therefore, upbringing requires a firm hand and self-confidence, since a soft, indecisive person who does not know how to put himself in the role of a leader will not achieve success. On the contrary, the dog may try to take a leadership position in the family on its own, and try to manage it like a herd.

At the same time, the pet sincerely loves each of the family members, shows great affection and openness to them. Laekenois is a very intelligent and observant dog, capable of realizing its own territory. They can perform guard functions, although, in general, strangers are treated normally and without aggression. They love children, both as friends and as wards, they love to play with them and just spend time.

They have a high energy level and need a variety of physical exercises. It can be both various types of training, as an element of training, and active games, walks, joint jogging in the morning. Here the choice is yours, but the dog should get at least an hour of exercise or active walks per day, and preferably 2 hours. The Laekenois breed is hardworking by nature, and idleness affects it badly. 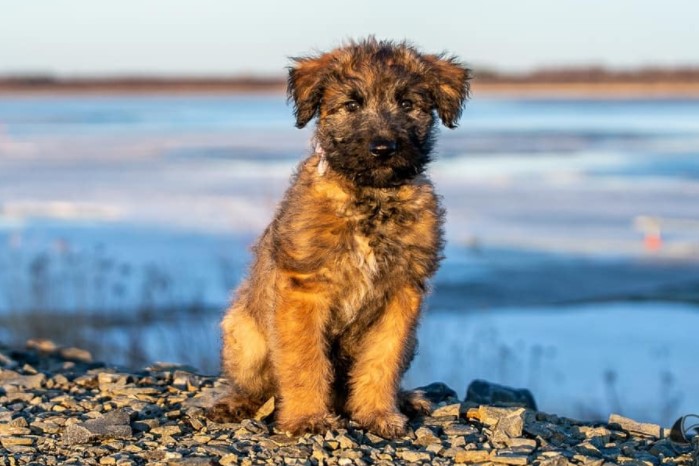 A Laekenois dog may be susceptible to certain diseases. They include: