The Bolonka Zwetna is a sturdy, happy, and playful little dog with an affectionate and affectionate temperament. He originally comes from Russia, translated his name means “colored lap dog”. This name already says a lot about its character. Due to its small size of about 24 to 26 centimeters at the shoulder and a weight of only three to four kilograms, it can be taken anywhere because there is always a place on the lap for it.

Although he is an intelligent, outgoing, trusting, and energetic dog, he likes to stay close to his family whom he loves dearly. This is also the reason why Bolonka doesn’t like to stay at home alone. However, with patience and a lot of practice, he also learns to stay alone for a few hours.

In general, the Bolonka is a curious and inquisitive boy who learns quickly and with pleasure. Therefore, even an inexperienced dog owner will have a few difficulties training him. He is lively and playful, so just the right playmate for children. However, these should be a bit larger, because small children are still too impetuous and could accidentally injure the Bolonka. 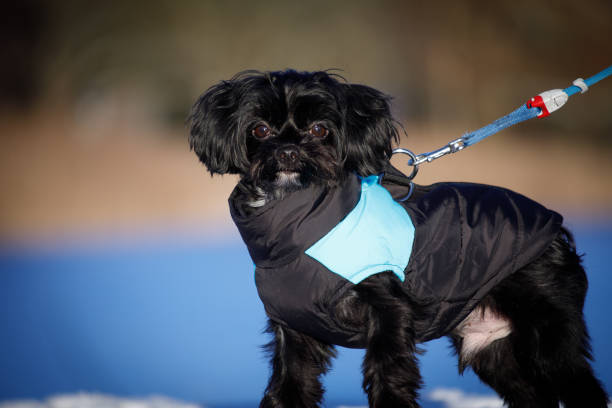 The Bolonka also gets along well with other pets and dogs on the street thanks to its well-balanced nature. Despite his play instinct, he is also suitable as a guard dog in the garden and in the apartment. He is very alert and will immediately report to his owner if anything unusual occurs or a stranger enters the property. But he doesn’t behave aggressively.

According to the requirements of the FCI (Fédération Cynologique Internationale), the Bolonka Zwetna would be classified as a companion dog. However, this umbrella organization has not yet recognized the Bolonka as an independent dog breed. The German Kennel Club, VDI for short, on the other hand, has expressed recognition. However, breed standards for the Bolonka Zvetna are still set by the Russian Kennel Club.

The Size, The Weight, and The Color

The Bolonka Zwetna is a small dog, up to 26 centimeters tall, with a slightly elongated body shape and a dense, wavy, or curly coat. Its undercoat is well developed. It is bred in a wide variety of colors, such as black, brown, grey, red, or cream. The color white does not occur in breeding. However, white markings on the chest or toes are permitted.

The Head, The Eyes, and The Ears

The Bolonka Zwetna’s head is slightly curved, its mouth is wide at the base but narrows slightly towards the nose. The nose is relatively small and colored as dark as possible. Bolonka’s round eyes are also usually dark. Light brown eyes may also appear in specimens with brown fur. The medium-sized ears are set high and carried hanging forward, covering the pinna. The neck of the Bolonka Zwetna is strong and has a medium length.

The compact, but only moderately wide body of the Bolonka Zwetna is equipped with good musculature. His back is straight and strong, sloping slightly towards the croup. The tail is set high and carried high or supine. The relatively long but only moderately wide chest completes the harmonious appearance of the compact body. The Bolonka Zwetna runs light-footed, but a little bit wide-legged. The muscles in the shoulders and thighs are well developed.

The Bolonka Zwetna has an uncomplicated character and is lively but balanced. He is ideal as a family dog ​​and is a great playmate for children. He loves his family more than anything and would like to be with them permanently, but is not pushy. 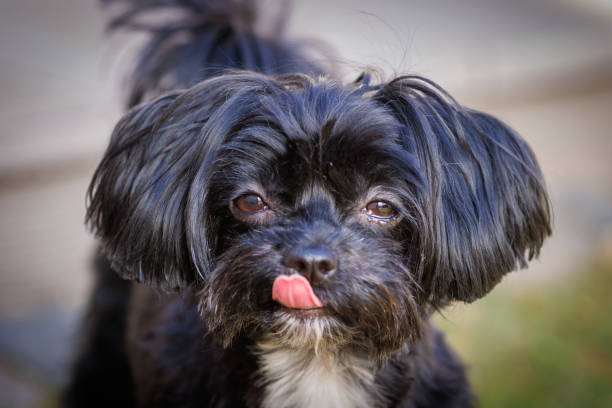 The Bolonka likes to learn and is enthusiastic about everything new. Therefore, his upbringing brings few problems with it. He is suspicious of strangers at first but never becomes aggressive. He gets along with other pets or strange dogs in the park without any problems and is usually open to new acquaintances.

Since Bolonka is very attached to his family, it is difficult for him to stay alone in the house for any length of time. Still, he should learn to get along without his humans for at least two or three hours. With a lot of patience and practice, the Bolonka will also master this situation.