Boxers’ physical appearance represents strength and power. However, the character of these dogs is docile and good-natured. Boxers are ideal dogs for the whole family. They are responsible nannies, loving children, and loyal friends. 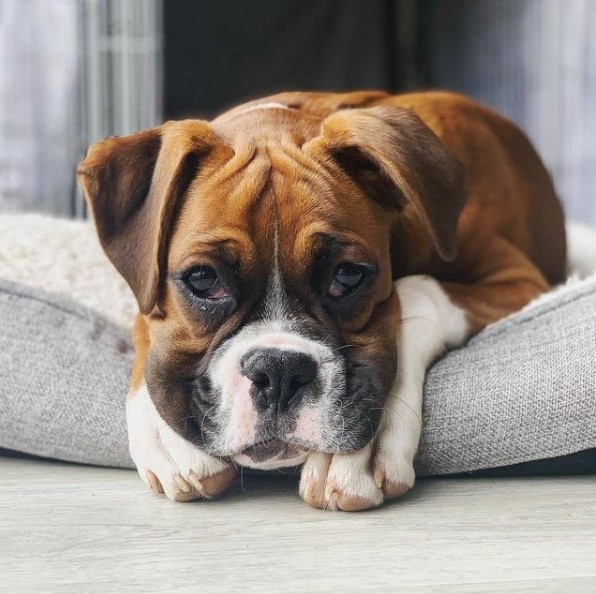 The Boxer is a handsome, strong dog with well-developed muscles. Globally, Boxers are considered one of the strongest and most resilient breeds. These characteristics are fully reflected in their appearance.

A Boxer can be up to 63 cm tall and weigh 30 kg. The Boxer’s body is of a square format, the bones are strong, the musculature is developed, relief, dry. The withers are prominent, the back is muscular, straight, and short, the croup is slightly sloping, the pelvis is rather wide. The limbs are straight and muscular. The neck is strong, powerful, and muscular, the chest is developed and deep. The head is proportional to the body, the muzzle is voluminous, wide, and powerful, the transition from the forehead to the muzzle is sharp. The teeth are large, strong, the canines are widely spaced. The lower jaw protrudes forward and slightly bends upward, type of bite: undershot. The eyes are dark, the look is energetic. The nose is large, with wide nostrils, black in color. The ears are set high, in a calm state they lie close to the cheekbones. The tail is set high.

The Boxer’s coat is short, dense, hard, and shiny, and it needs special dog shampoo. The color is brindle or red with a black mask, white markings are allowed. 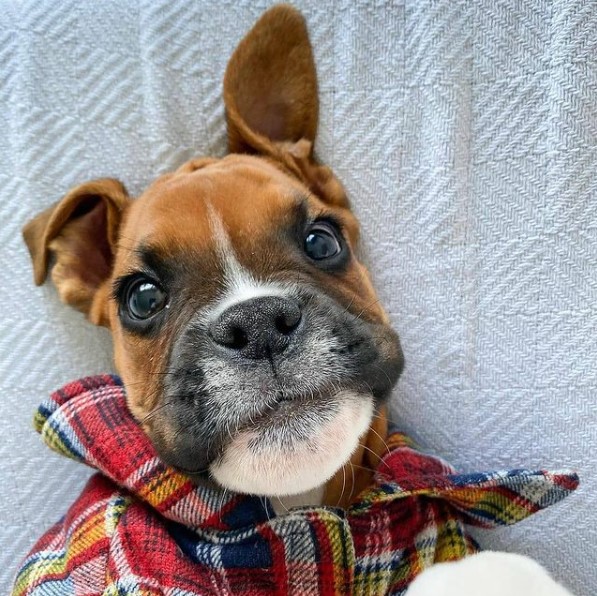 Boxers have a calm, balanced temperament. At home, these pets behave quietly and modestly, and on a walk, they gladly join active games and frolic from the heart.

Boxers appreciate the care and always need the attention of the owners, trying to be near their main person as often as possible. Despite their good nature and friendliness to family members, Boxers behave rather coldly with strangers.

Boxers are pretty cunning dogs too. Observing family members, they draw conclusions for themselves: who can be asked to treat, who can sit on their knees, and with whom you need to be obedient. When raising this dog, you need to be consistent and moderately firm. From the first days of the pet’s stay in the house, you need to inform him about what is allowed and what is not.

Boxers only show aggression in extreme cases. They never bark strongly and can only bark dully as a warning.

These dogs are naturally curious, quick-witted, brave. They are easy to train, but the approach to training the dog must be correct. 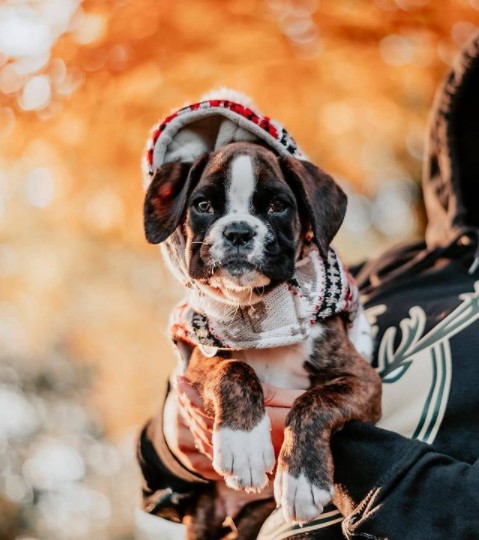 Boxers have a strong, developed body, but the health of these dogs cannot be called titanic. A Boxer can easily catch a cold from the cold breeze and often get rheumatism. Therefore, it is better to refuse long walks on rainy and cold days, and upon arrival home, the pet’s fur must be thoroughly dried.

In good weather, long walks and strong physical activity are a must for a boxer. This is the key to the well-being of dogs, their activity, and harmonious development.

Boxers are prone to being overweight, so their diet should always be monitored.

The sensitive eyes of the dog require increased attention. Redness of the eyes is often observed in boxers, which is a reaction to dust and seeds. It is best to always take a clean napkin and lotion with you for a walk to remove dirt from your pet’s eyes if necessary. Also, check with your veterinarian for advice on a soothing ointment.

Unfortunately, Boxers do not live very long, usually up to 10 years. However, in some cases, with impeccable care, these dogs live up to 15. 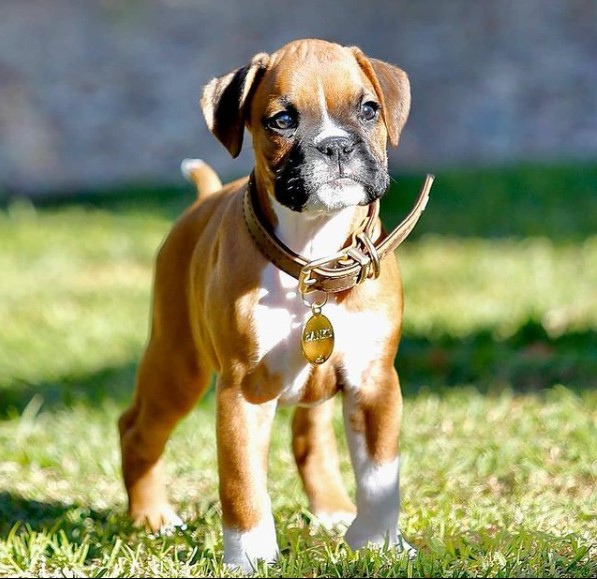 The ancestors of the Boxers were the Bullenbeisers, which were used for hunting and bull-baiting. Their images can be seen in numerous sources from the 17th century. These dogs were distributed throughout Western and Central Europe.

But Bullenbeisers only vaguely resembled modern Boxers. The breed we know today began to form only in the 18th century. It is believed that in the 19th century German and English Bulldogs were involved in breeding work in Germany, and the breed standard gradually began to take shape. With the ban on dogfighting, the fighting qualities of the breed became irrelevant, and the breeders took a course towards the development of working and companionable qualities. So, Boxers have become excellent guards and shepherds, good-natured pets. In 1910, the Shtokman family presented the ideal Boxer of the future – they managed to create the modern type of Boxer.

Over time, Boxers have completely retrained into good pets and ideal companions. Today Boxers are excellent guard dogs, bodyguards, and guide dogs. They often work for the police and, of course, are great pets. 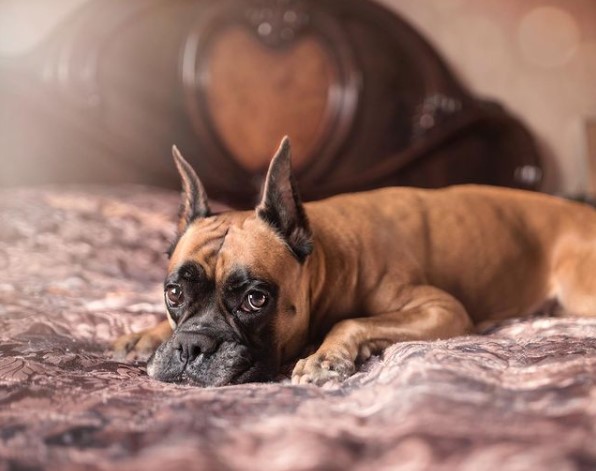