The Pug is a noble breed with a rich history rooted in the deep past. There is a version that Pugs and Mastiffs had common ancestors. Over the centuries, the popularity of smart Pugs has not faded away. They were the favorites of queens and musicians. Today they are ideal pets, loyal companions who will go to the ends of the world after their owner. 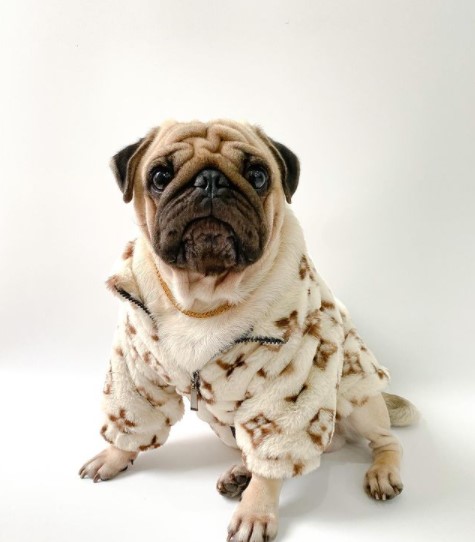 The Pug is a popular breed of decorative dogs, moreover, one of the most ancient. The optimal weight of the dog is 6-8 kg.

Pugs are medium-sized, but very strong and stocky dogs with well-developed muscles. The body of the dogs is compact, square in format, the back is straight, the chest is developed and wide, the limbs are strong, of medium length. The neck is strong and muscular, the head is voluminous, rounded, with a sharp transition from the forehead to the muzzle. The muzzle is short, not turned up, with pronounced folds-wrinkles. Jaws strong, slightly undershot.

The eyes are large, oval, dark, and shining, the look is expressive. The ears are small, thin, triangular in shape, drooping, and may obstruct the ear canal or pull back, leaving the ear canal open. The tail is set high, curled into a ring, and pressed against the croup.

The coat is short, smooth, and shiny. The color can be apricot, silver, beige or black – with a mandatory dark mask on the face, a line along the spine, and black markings on the ears, cheekbones, and forehead. 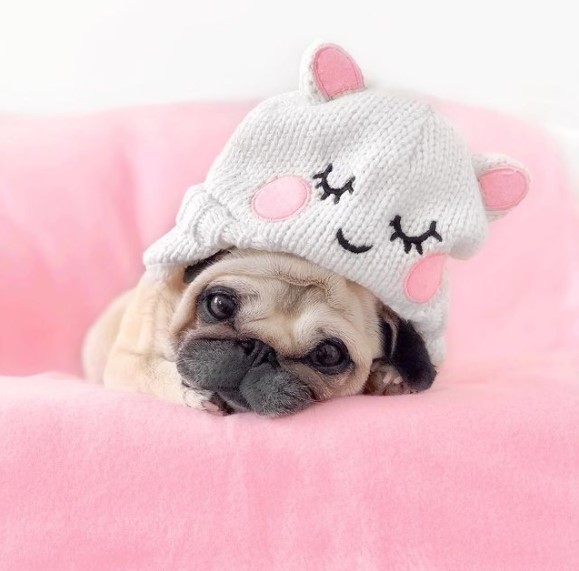 Pugs are small dogs with a lot of character. They are quick-witted, calm, and affectionate, but they are often very jealous and stubborn. Pugs are distrustful of strangers and will follow their owner to the ends of the world.

Despite their calm temperament, Pugs love active walks and love to play. These dogs are incredibly energetic, especially during puppyhood and adolescence. Later, pets become calmer. However, this does not mean that the dog will not briskly rush around the apartment and try to involve the owner in the game. Although there are many natural-born intellectuals among the Pugs who will decorously lie at your feet and keep an atmosphere of peace and quiet in the house.

These dogs are strongly attached to the owner, appreciate the attention shown to them, and hardly tolerate loneliness. As for training, it can be difficult with it. Pugs, as a rule, are obedient, but they are very stubborn and stubbornly refuse to carry out some commands. However, you should not punish your pet for a proud disposition, because it is a companion. Your educational work with him should be persistent, but patient and friendly. A tiny Pug himself will be very upset if the owner is unhappy with him.

It should be understood that this is not just an apartment dog, but a strong, proud comrade. His loyalty can only be earned by showing him fairness and friendliness. 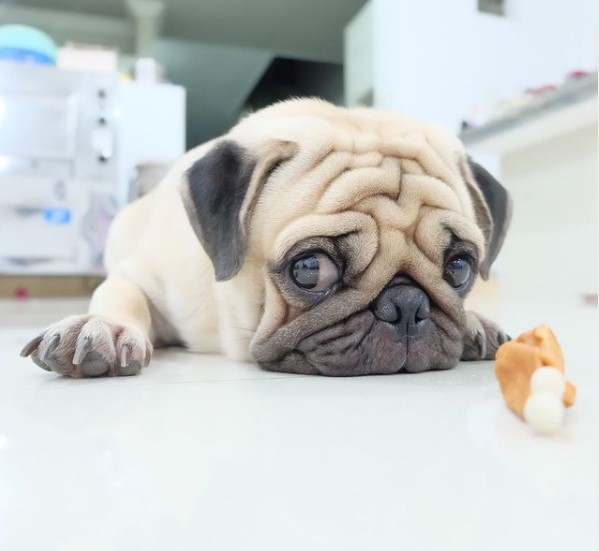 Pugs rarely get sick. But the breed has a tendency to diseases such as Perthes disease, juvenile demodicosis, glaucoma, dermatitis. Diseases can be inherited, so you should only contact trusted professional breeders for a puppy. 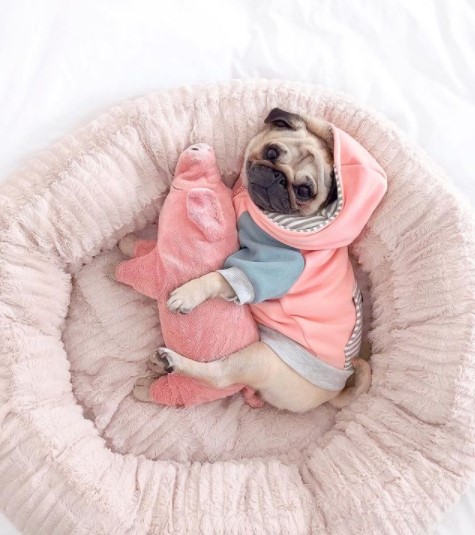 Pugs feel great in living conditions, but only if they have regular walks. They should be moderately active or calm if the dog is not disposed to sports. Correct, balanced nutrition of the dog is the key to health and long life. Pugs tend to be overweight – and should never be overfed.

The Pug should be brushed 2-3 times a week. Regular check-ups are necessary for the dog’s eyes, ears, and skin folds where dirt accumulates. Pug wrinkles should be regularly wiped with a damp cotton pad to prevent irritation. As necessary, the dog needs to shorten the claws, because they practically do not grind naturally.

Pugs should be protected from overheating. Due to the specific structure of the muzzle in the heat, dogs have difficulty breathing. Protect your pet from overheating and excessive stress. 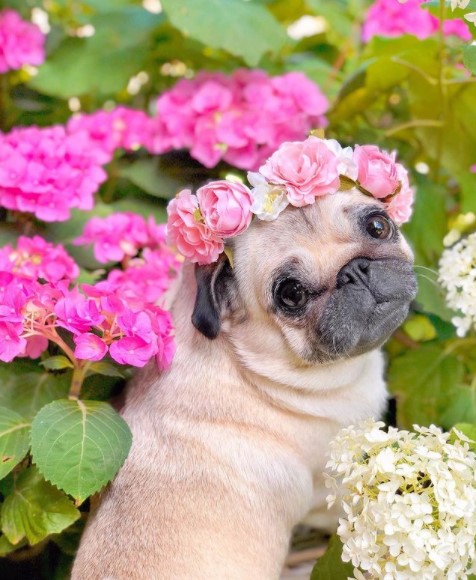 This is one of the oldest breeds, whose homeland is presumably China. According to one version, Pugs and Mastiffs had common ancestors. In the 16th century, Pugs were brought to Holland, and through it, they quickly spread throughout Europe. Purposefully purebred Pugs were bred in the 17th century in England. In the 18th century, the breed became one of the most popular in France: Marie Antoinette kept Pugs in her castle.

Pugs are still popular all over the world today. This is one of the most widespread and demanded decorative breeds. 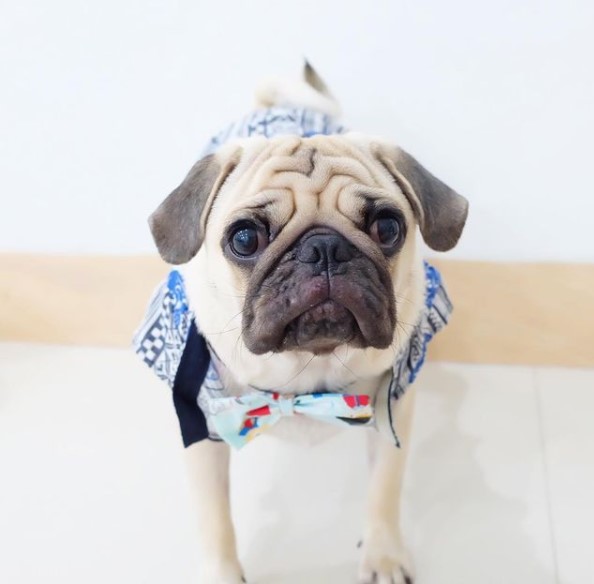