Fearless sunshine. That probably describes the Cairn Terrier best. The little one is afraid of nothing and no one and accepts every challenge.

Description of The Cairn Terrier 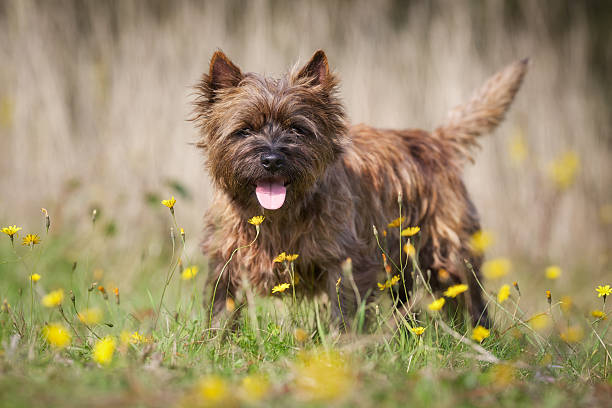 That’s why caution is called for on walks when other dogs appear. As sweet as he is most of the time, he can sometimes be aggressive towards other dogs. He also meets strangers with skepticism at first, but usually makes friends with them quickly. However, the absolute number one remains its owner, whom it absolutely wants to please and therefore obediently carries out all commands. He only forgets his good manners when he comes across promising prey in the form of smaller animals on the walk or discovers something particularly interesting that needs to be examined.

This can be avoided by accommodating their love of games and activities and providing them with appropriate toys and entertainment. If he doesn’t get the attention he wants or if he’s left alone for a longer period of time, he barks persistently or digs holes in the garden. That is why the inquisitive four-legged friend should never be left unsupervised if possible.

Despite constantly pushing himself to the fore, the Cairn Terrier is also known to be extremely sensitive. You should definitely take this into account when educating them. For all his playfulness, he is also a very conscientious herding dog whose alertness never falters. Unless he is just playing with children, whom he likes very much. With smaller children, however, care should be taken not to tease or overfeed them too much.

The Cairn Terrier is between 23 and 33 centimeters tall and weighs 6 to 8 kilograms. It has a dense undercoat and a protective topcoat.

His coat should be brushed regularly and trimmed every few months. The Cairn Terrier sheds very little hair and is therefore extremely easy to care for. 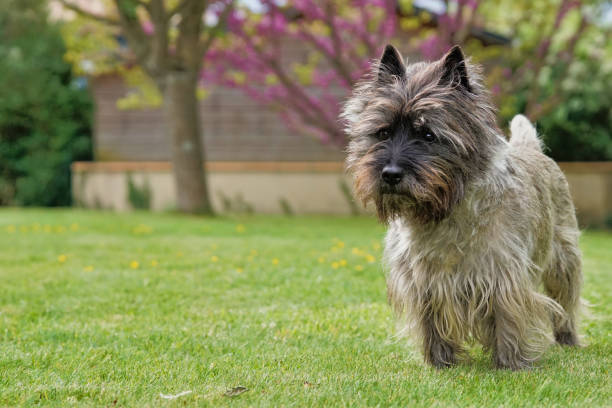 Origin and History of the Cairn Terrier

The Cairn Terrier, originally from Scotland, is one of the oldest terrier breeds. It was kept in Scottish clans to hunt small animals such as foxes and otters. In 1911 it was recognized as a breed.