The Jack Russel Terrier combines all the positive and unfortunately also some negative characteristics of the terrier. He is smart, intelligent, capable of learning, fearless, stubborn, strong-willed, and sometimes aggressive, just a real tomboy.

Such is the Jack Russell Terrier

In general, however, the Jack Russell Terrier is a loving family dog ​​that loves to play with older children. In general, he needs a lot of attention and activity, he loves long walks and his toys, especially the ball. He can never be left alone at home for a long time. However, with a lot of patience, he has to be taught to stay alone for at least two or three hours without turning the apartment upside down. This training measure must be started in puppyhood. 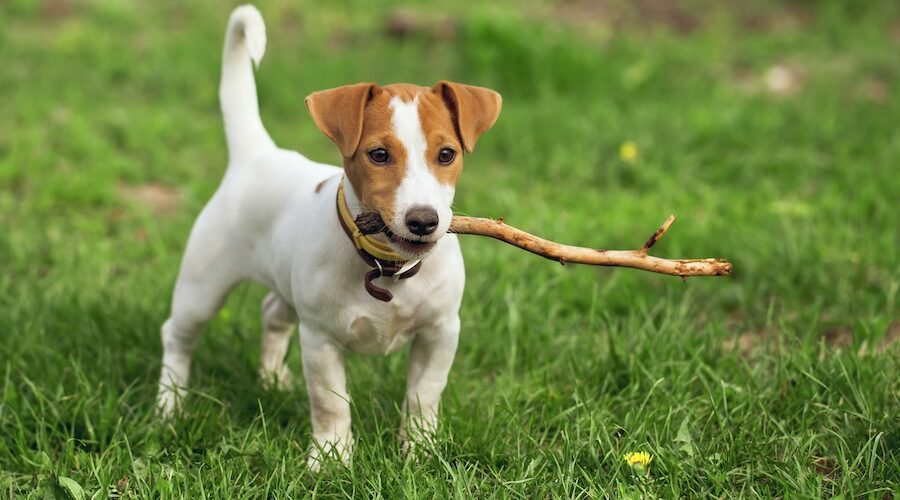 The Jack Russel Terrier in a Nutshell

Jacky prefers to be on the move all the time and needs his mistress or master close by, who is best able to take him for a walk twice a day. In return, the Jack Russel Terrier offers his family absolute loyalty and excellent security services. He reliably protects her and barks at any stranger who approaches the house.

To be on the safe side, the lively four-legged friend should remain on a leash on walks, as he has retained the hunting instinct he once valued. With passion and perseverance, he prefers to pursue small animals, because Jack Russell was originally bred to hunt foxes. Because of his small size, he was able to follow Reinecke into his burrow. Due to the innate courage, the little terrier is not impressed by other dogs, no matter how big they may be. He accepts every challenge and can also react quite aggressively, which should definitely be contained through consistent training. A good upbringing is definitely the order of the day for Jack Russell, as he likes to be stubborn.

The lively Jack Russel Terrier requires a high level of activity from its owners. If he is not kept in a good mood, he uses his innate inventiveness to find his own entertainment. Digging holes in the garden, for example, is one of his specialties. He, therefore, needs a lot of exercises and sometimes has to be able to let off steam. Dog sports such as agility or tracking are a lot of fun for terriers. Of course, an intellectual activity must not be forgotten. Intelligence toys and learning small tricks are suitable for this.

The Breed Characteristics of the Jack Russel Terrier

The physique of the small terrier has an approximately rectangular shape and is, therefore, longer than it is high. The straight back transitions into a well-muscled and strong loin. The Jack Russell always carries its tail upright, except when it is at rest. The moderately broad, always raised head narrows towards the almond-shaped eyes and tapers into a broad foreface. The eyes should not protrude and should convey an alert expression. The V-shaped ears are usually worn folded down.

His Gait is Free and Springy

The Jack Russell Terrier’s coat is predominantly white but has all shades of black and/or tan markings. The head should always have white, black, and light brown coloring. The coat itself is smooth, rough, or bristly, but not woolly.

The Nature and Character of the Jack Russel Terrier

The small terrier is characterized by its self-confidence, it is lively and always active. For this reason, he needs a lot of exercise and employment. Long walks are a daily must. Many riders love the little fellow as an active companion on their rides. 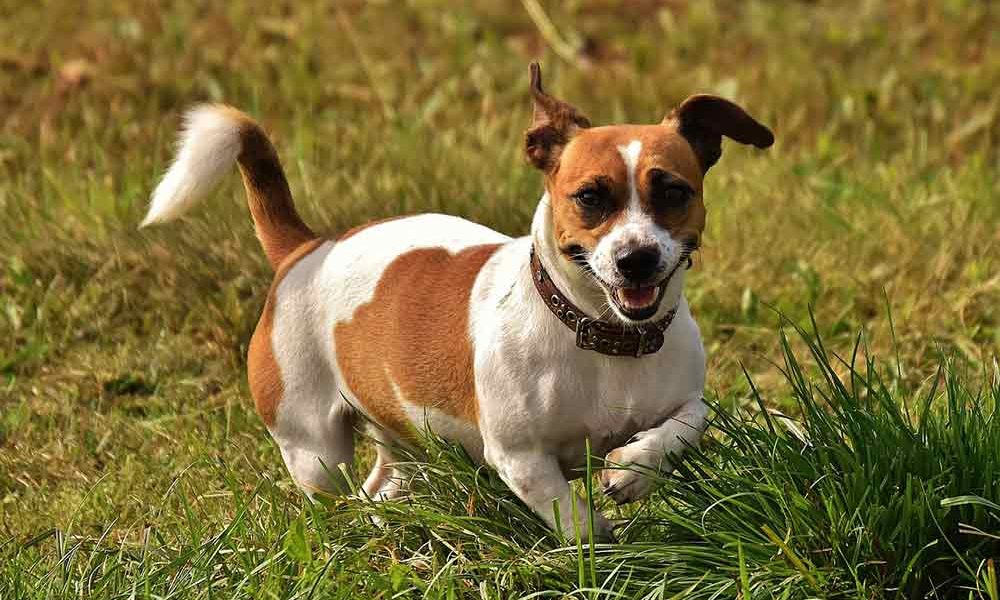 The joy of movement, but also the intellectual development of Jack Russell can be satisfied very well with any kind of dog sport. Here he will practice persistently until he achieves his goals. Agility and rally obedience are particularly recommended. If you don’t want to go dog sports, you can keep your Jack Russell happy with ball games, bike rides, or fetch games. The terrier is highly concentrated at his “work”, but at home, he becomes the ideal playmate for the children, since he hardly ever gets tired and will also accept an unintentional bump or kick without grumbling.

If you decide to have a Jack Russel Terrier as your companion, you must be aware that this bright and fearless fellow has a hunting instinct that is not to be scoffed at. This drive dates back to the times when agile terriers were used for fox hunting. Today, instead, they hunt anything that moves. With consistent training, you can get the drive under control to some extent and retrieve the dog. However, this requires a lot of perseverance and practice. Nevertheless, situations will arise again and again in which the little terrier chases after a flash of squirrel-like lightning. If you want to avoid the stress, keep Jack Russell on a leash in the park. In your own garden, retrieving and prey games or tracking work is a good distraction for hunting and digging.

Because of its alertness, the Jack Russel Terrier is well suited as a guard dog on your own property. He reports any “intruder” and defends his territory just as he defends his family pack. Nevertheless, he tries every now and then to mess up the hierarchy and put himself in the foreground. It means making it immediately and unmistakably clear who is the master of the house.