Cichlazomas are large and very beautiful representatives of the Cichlid family. Despite the large size and high aggressiveness of most species, the number of fans of these fish is not decreasing. In our article, we will talk about the main aspects of their content.

Cichlazomas are the historical name of a group of fish of the Tsikhlov family. At one time, most of the representatives of the cichlids of Central America belonged to this genus. After repeated revisions based on new scientific data, modern taxonomy abolished this genus, and the species included in it were divided into other systematic groups. But the name is so firmly entrenched for certain species of fish that even in our time they are called cichlazomas in an old-fashioned way.

The distinctive features of cichlid are size, territoriality, and high intelligence. Most of the species are true predators that naturally feed on small fish. Many of them are characterized by the manifestation of caring for the offspring. And anyone who decides to encroach on the occupied territory (especially when it comes to the nest) will be unquestioningly expelled. Keeping a cichlase will require a large aquarium and a proper selection of neighbors, so novice aquarists are not advised to start a cichlase as their first pets. 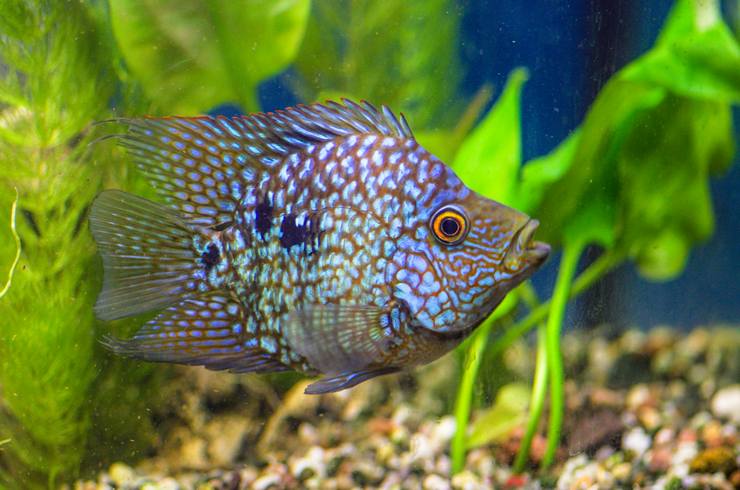 Considering the various types of cichlazomas, it can be noted that most of them are relatively large, muscular fish with slender body proportions. Their torso is high, laterally compressed. The mouth is large, the eyes are enlarged and black. The fins are well developed, elongated, and pointed. Some males may have a fold of fat over the eyes.

The color of fish is very diverse, many representatives have scales with a metallic sheen. The color of the scales, as well as the maximum size in the aquarium, depends on the species and gender. The color may have alternating stripes, as well as bright glowing spots of different sizes, sometimes resembling the color of a jaguar. Cichlaz males are usually larger than females. The sizes of adult cyclases range from 10 to 40 cm.

It is worth noting that the scales of cyclases are very durable, real armor. This not least determines their colossal endurance. Such skin easily resists pathogenic microflora. Even the simplest, turns out to be too tough, therefore, it is very rare to meet a common disease of aquarium fish – ichthyophthyriosis – in cyclases. A dense cover also helps in skirmishes with relatives. Wounds received in fights heal right before our eyes.

It is not possible to trace the history of the appearance of all types of cichlids in aquariums. But some facts are known about which species have gained popularity among aquarists over time.

Oddly enough, the very first cichlazoma that got into the aquarium of amateurs was the cichlazoma, Conchita. Although in our time to meet her in pet stores is a rarity.

Cichlazoma Meeka became known to aquarists in Europe in 1933 and quickly gained popularity. 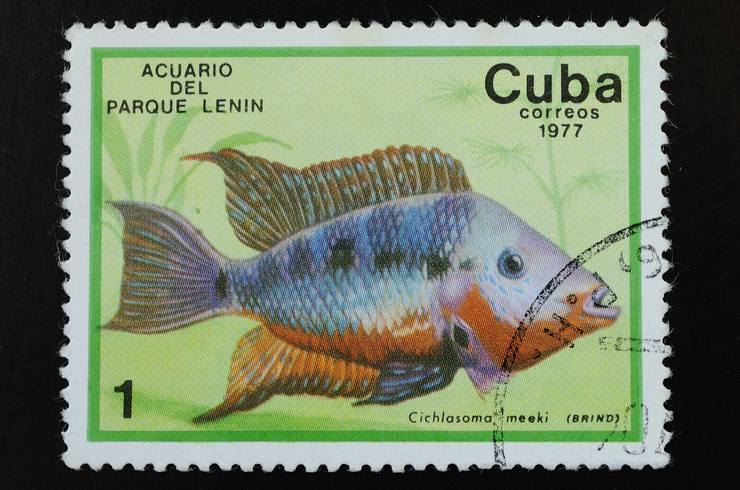 Most of the other species came to Europe in the 1940s, and to Russia in the early 60s.

Cichlazomas have a very wide habitat – from the central states of the United States to Brazil. They can be found in Mexico, Guatemala, Nicaragua, Honduras, Costa Rica, and Panama. Due to the vast territory of distribution, the conditions of keeping different species can vary significantly. Most often, cichlazomas prefer slowly flowing rivers, canals, and ponds, densely overgrown with vegetation. Cichlazomas keep in the middle and lower layers of water.

A wide variety of cyclases and their wide distribution imposes certain restrictions on the content of fish. First of all, you need to choose the right volume for the aquarium. Some types will be enough and 60 liters, others need at least 450 liters. A powerful filter (preferably an external one) and a good compressor for high-quality aeration must be installed in the aquarium. The flow doesn’t have to be very powerful. Rounded pebbles and coarse sand are well suited as soil. It should be borne in mind that most cichlid species are lovers of digging up the soil, so any decorations installed in the aquarium must be firmly fixed. Large stones and natural driftwood look good in an aquarium with cichlazomas. You need bright lighting, it will allow you to fully enjoy the tints of the color of these beautiful fish. To maintain the temperature in the aquarium, a thermostat of suitable power is required. 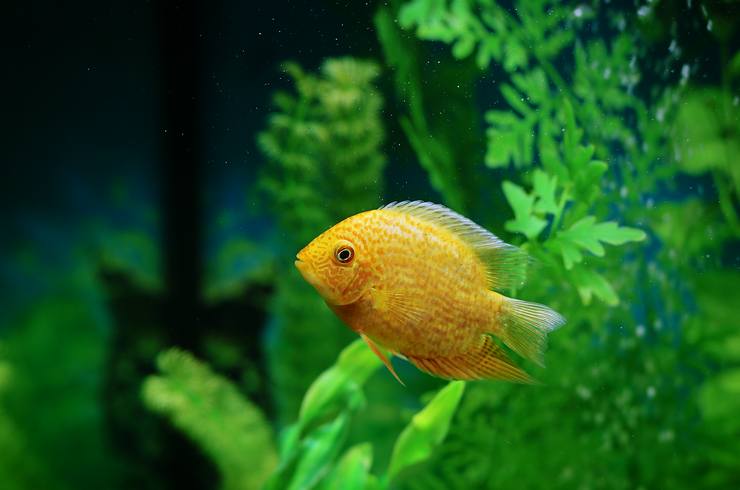 It is best to pay attention to hard-leaved species (anubias) and, if possible, fix them in special pots or surround them with large stones.

Cichlazomas, like many cichlid species, are characterized by a number of behavioral features:

When choosing neighbors for a common aquarium, it is necessary to take into account the fact that all cichlazomas are extremely territorial fish. Having chosen one of the sections of the aquarium, they will not tolerate the invasion of strangers. But if in the usual period of life the maximum that a neighbor who has swum into someone else’s territory will get is a small poke in the side, then during the period of building a nest and spawning, many cichlase species become so aggressive that they can even kill any fish that falls into the reach zone.

When keeping several types of fish, one should not forget about a suitable volume of the aquarium. Many cichlazomas need a volume of 150 liters per pair and taking into account other neighbors, this figure can increase several times.

When choosing roommates, you must first of all focus on the size of the fish. It is desirable if all individuals are proportionate, otherwise smaller species are endangered. It was noticed that if fish of different species live in an aquarium while still fry, then the total aggression when they reach adult size is much less. Provide enough cover in the aquarium for the fish to hide from each other. If one of the species has spawned, then it is better to plant the neighbors in another aquarium for a while. Nicholas is recommended to be kept in pairs or in groups with a predominance of females. Certain species (for example, the Managua cichlazoma) are best kept in species aquariums. 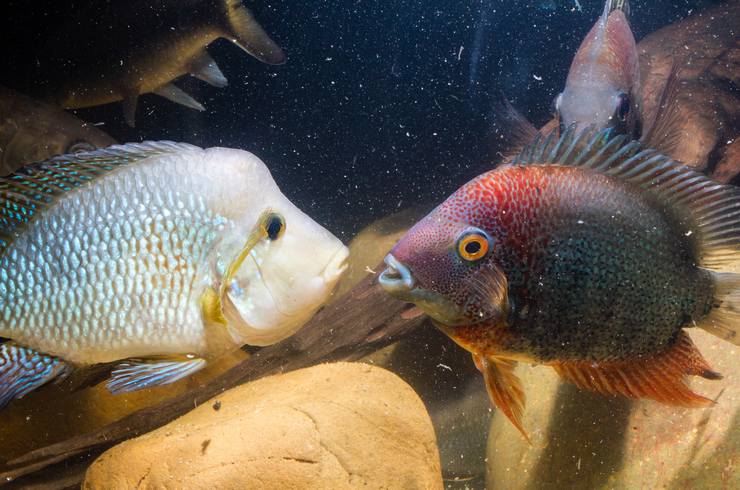