Such a miracle can be found in the southern states of the United States (Florida, Louisiana, and Alabama), in Thailand, and China. 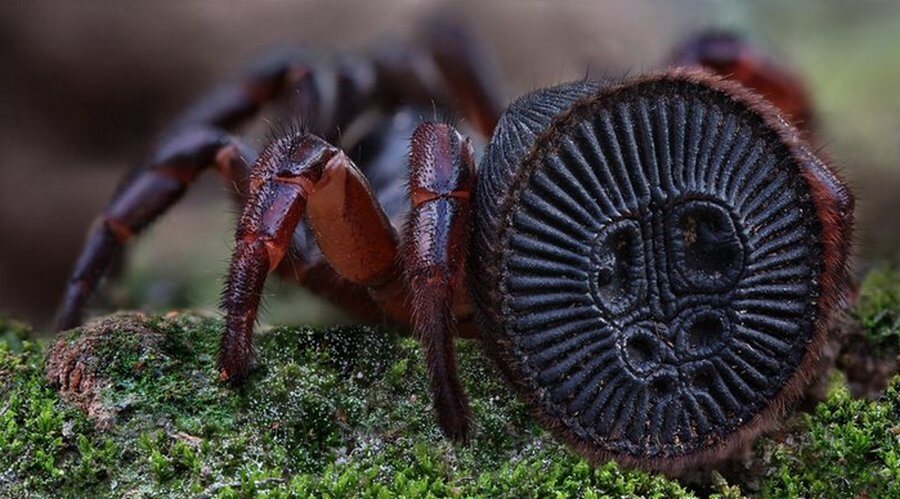 This spider has a very funny defense. Its “rear” is covered with a hard chitinous shell with spines. In case of danger, the spider is not going to meet the enemy with its chest and fight to the death, it prefers to escape. Cyclocosmia runs exactly into its own hole, in which it gets up already tightly – with its back to the enemy, practically plugging the passage with its little body. The enemy can only admire the mysterious patterns on the hardcover of the spider’s butt and leave with nothing. 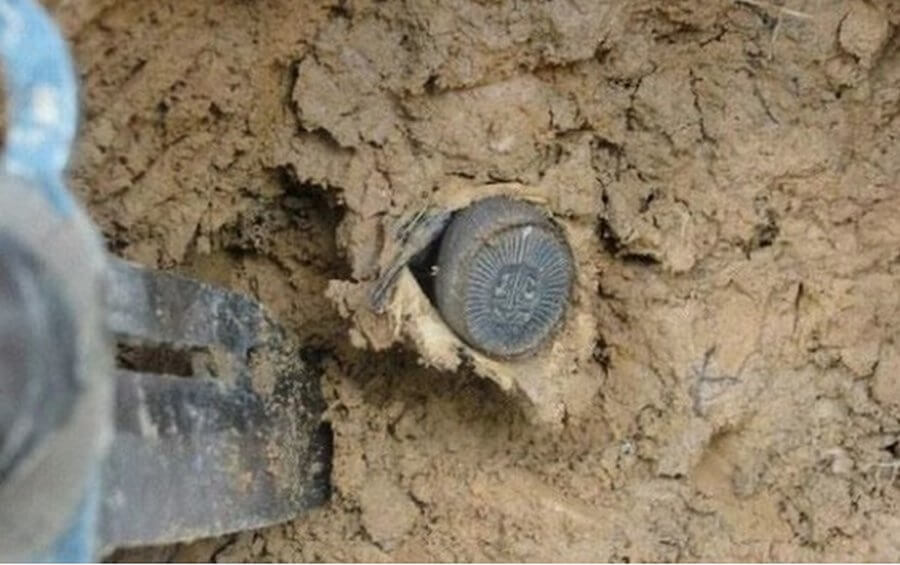 In general, the spider is quite aggressive, but the “elders” can only bully – prefers to hunt the small and weak. Cyclocosmia hangs signal cobwebs at its hole, and as soon as someone suitable gets to the hunting territory, it rushes on the victim and drags it into the hole. 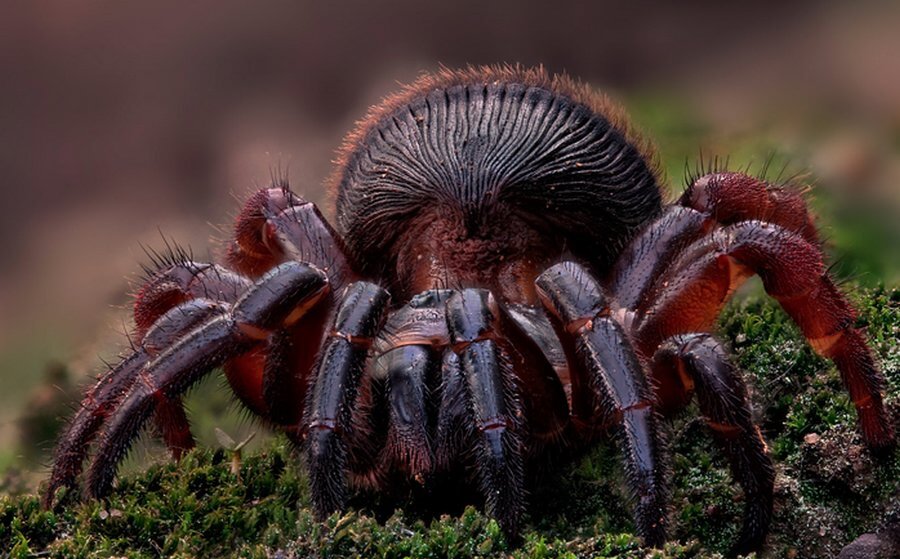 Interestingly, a spider can easily live up to six months without food. In case of hunger, it simply weaves a cozy cocoon for itself and goes into hibernation until better times. 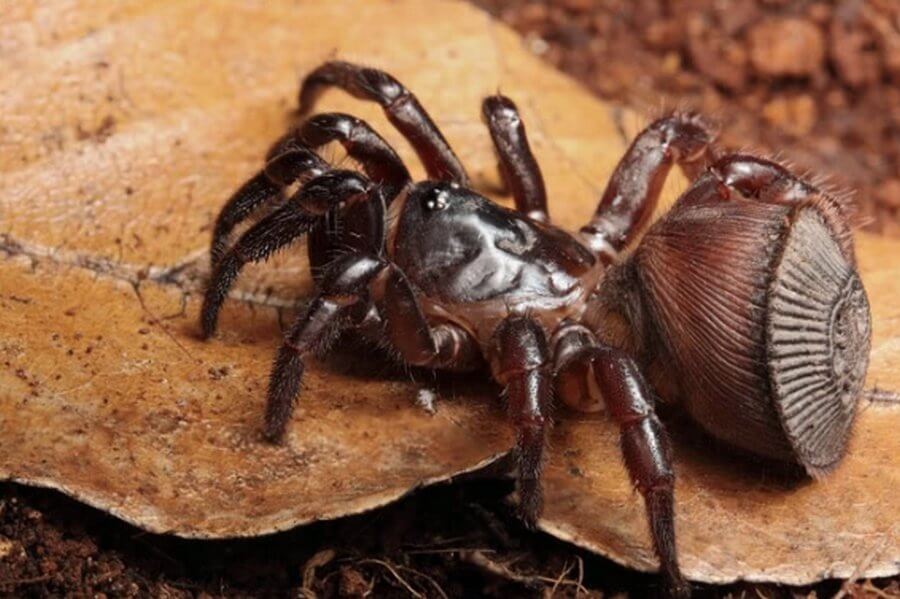 The images on the butt of the bunch suspiciously resemble Mayan drawings, which is quite logical, because geographically they coincided. By the way, depending on the type, the pattern of the spider can be very different. 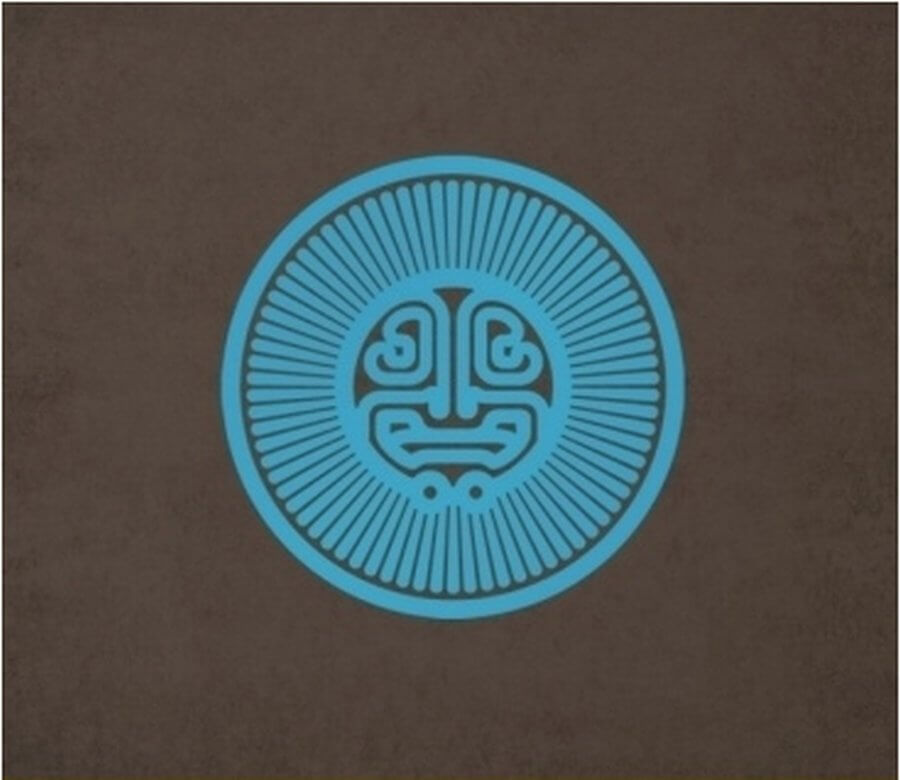 Here are some examples of cyclocosmic butts: 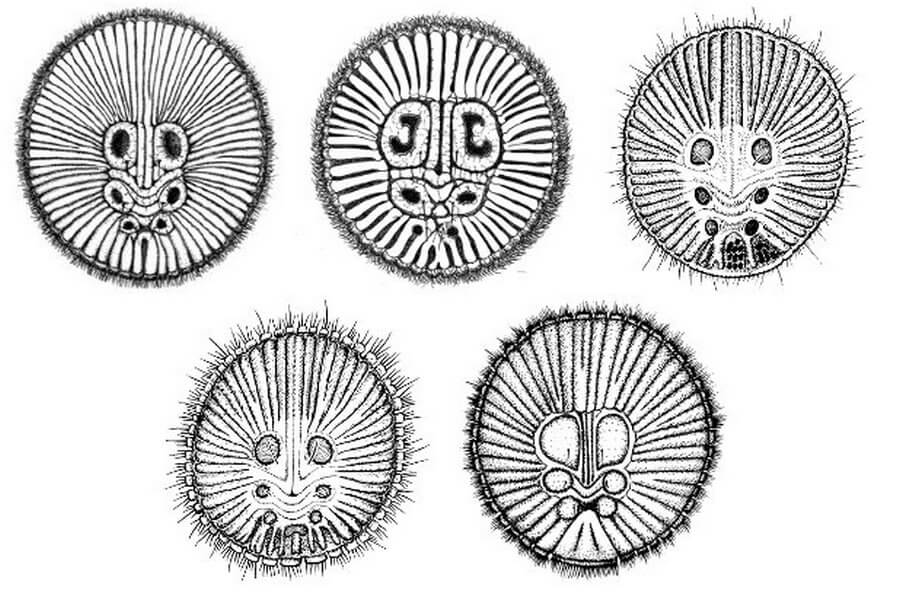 Cyclocosmias do not pose a particular danger to humans, although the bite can be very painful. Lovers of exotic even keep these small spiders (up to 5 cm long) at home. 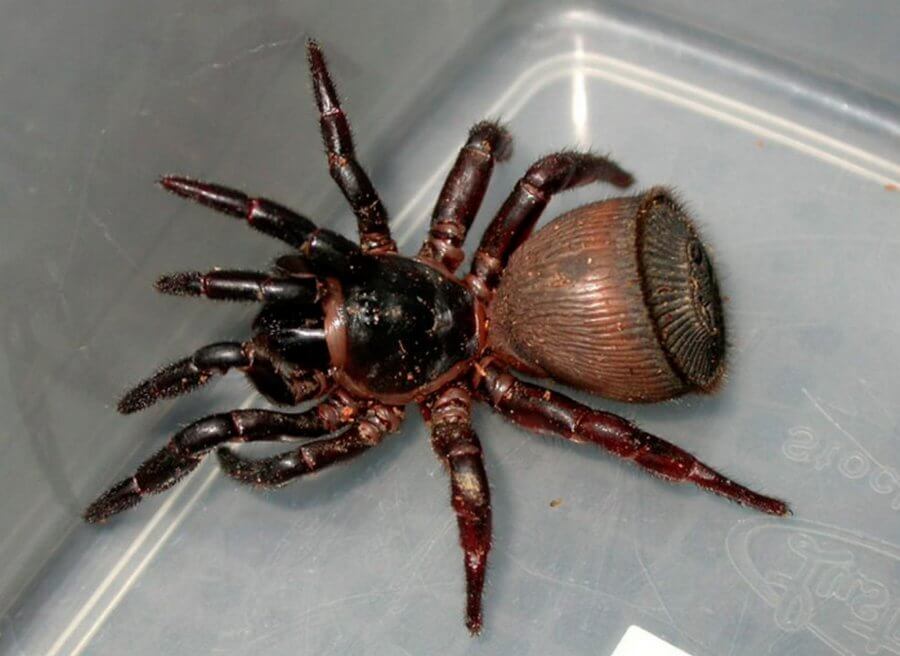 By the way, cyclocosmias are the most ancient arachnids – their fossilized ancestors by paleontologists date back at least 100 million years.