They attack suddenly: in the middle of the night, when you are deeply asleep, during a romantic walk in the forest or a completely innocent swim with a mask and flippers to colorful corals. Their tentacles, teeth, spines, and proboscis will try to reach you in any way – to drink blood or inject poison – and then disappear, leaving you with spoiled health, mood, and vacation. We will tell you about unpleasant creatures that it is better not to meet during your vacation, and we will conduct a short educational program on how to escape if you are already in trouble. 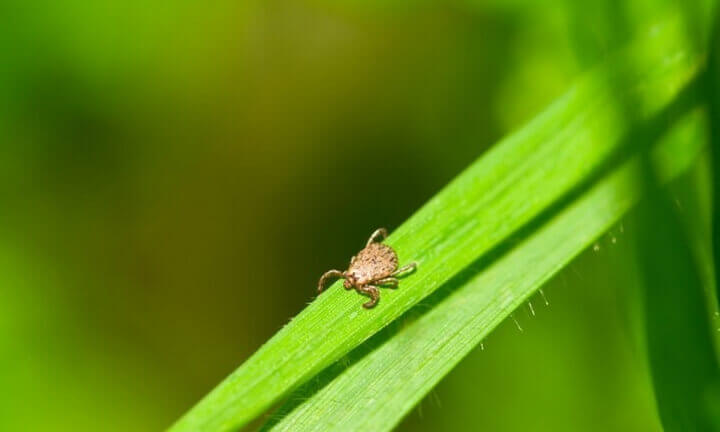 These tiny arthropods, armed with claws and claws, live throughout Russia – from Kamchatka to the Volga region. They are found in Crimea, Spain, Czech Republic, Austria, Germany, and other European countries. Not all ticks are dangerous, but only those that are carriers of the tick-borne encephalitis virus. The bite of such a tick can be fatal: a person begins to have a fever, intoxication of the body begins, after which the spinal cord and brain are damaged.

How to escape: the inhabitants of Siberia, the Urals, and the Far East (this is where the armies of infected ticks roam) have long known that it is better not to go outdoors without vaccination against encephalitis. If you are not vaccinated, vigilance will save you: carefully inspect your clothes and body during and after forest walks, keep to paths, use repellents (they should contain diethyltoluamide (DEET) or permethrin). If you are still attacked by a tick, try to remove it with twisting movements (the main thing is not to crush it; first you can strangle the insect by smearing the wound with oil), then go to the doctors along with the tick body so that doctors can determine whether it is encephalitic or not.

Stumbling across these feisty bloodsuckers on your beach vacation is easy. Mosquitoes live in the tropics and subtropics, adore warm and humid jungles, and happily pounce on people during meetings. Intrusive insects are carriers of many diseases – from mosquito fever (Africa, India, and the Balkans) and bartonellosis (Peru, Ecuador, Colombia) to skin ulcers (Afghanistan, Brazil, Peru, Saudi Arabia, and Iran).

How to Escape: Mosquito nets on the windows, as well as insect bite creams and sprays, are best friends when traveling in the tropics. Before traveling to potentially dangerous countries – Venezuela, Bolivia, Brazil, Colombia, Ecuador, and tropical sub-Saharan Africa – it is advisable to get vaccinated against hepatitis and yellow fever (in some countries the vaccination certificate is mandatory, in others it is advisory). On jungle excursions (such as hiking to Mount Roraima or rafting on the Amazon), wear long sleeves, pants, and boots with tight toes. 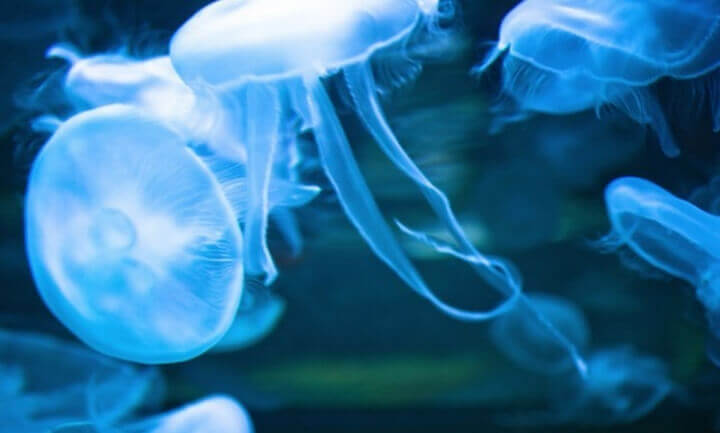 It is believed that in tropical waters the box jellyfish (its other name is the sea wasp), as well as its merciless brother nicknamed the “Portuguese boat”, killed as many swimmers, divers, and surfers as sharks and crocodiles combined. Their stinging tentacles are deadly. They contain millions of stinging cells that are shot at an incredible speed at the victim. At first, a person feels injections in different places, after which – a very sharp pain. Jellyfish bite scars can last a lifetime. These unpleasant creatures live mainly off the coast of Southeast Asia and Australia. Recently “boats” got into the habit of swimming on the beaches of Phuket.

How to escape: do not go into the water immediately after a storm – jellyfish (or just scraps of their tentacles, which can also be dangerous) are often washed ashore by a powerful wave. If you still did not manage to avoid meeting these creatures, then know that after a bite, in no case should you pull out the stings or rub the stung areas with a towel, as even more stinging capsules will discharge into the victim’s skin. While medical help is rushing to you (unfortunately, medicine is often powerless with a sea wasp bite), you can neutralize the effect of the poison with homemade vinegar or diluted acetic acid. 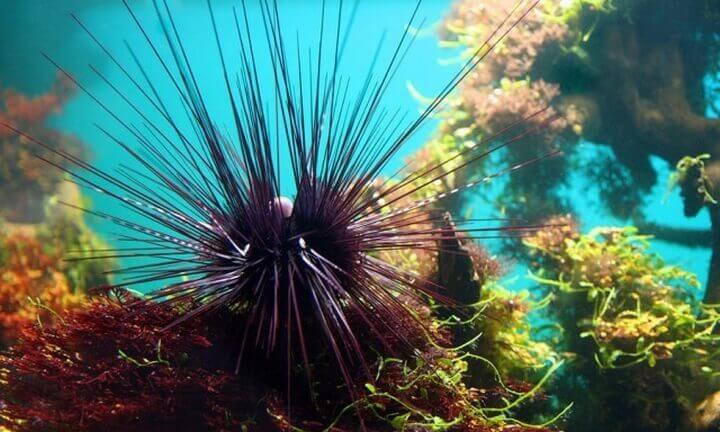 Everyone who looked at corals underwater saw sea urchins. These thorny creatures like to nest on the sand among the stones, covered with a piece of shell. The main danger is represented by their needles – up to 30 centimeters long (some with monstrous notches), which dig into the legs of those who inadvertently stepped on hedgehogs underwater. There were times when these creatures literally “shot” their thorns at people passing by. In tropical species of hedgehogs, the needles are poisonous (fortunately, not fatal), but even without the poison, the thorn is guaranteed to poison the vacation. The affected foot swells, the person’s temperature rises, and the inflammatory process begins. It is extremely difficult to remove the thorn from the wound – the fragments can remain in the leg for several months until they dissolve.

How to Escape: Entire colonies of sea urchins live on the bottom of the Red and Mediterranean Seas, as well as off the shores of New Zealand and the Americas. Examine the bottom carefully when you enter the water (or vice versa – go ashore) and be especially vigilant when diving. Hedgehogs live mainly in rocks, so there are much fewer of them on sandy beaches. Rubber slippers can also save a hedgehog from a needle, although there have been cases when the thorns easily pierced the sole. The process of removing the needle from the wound is extremely painful, and you cannot do it without the help of doctors. However, there are extreme people who pull out the needles on their own: first, they hit the place where the thorn has gotten with a heavy object to crush it into small pieces, after which they fill the wound with lime juice, which dissolves the needles for several hours.

Wherever you spend your vacation – fishing on the Volga or in the sweltering Brazilian tropics, in the forests of Scotland, or at a summer house in the suburbs – be prepared for regular attacks by midges that inhabit all continents except Antarctica. These tiny dipteran bloodsuckers love warmth and dampness, so they live in clouds near water bodies and in humid jungles. Midge bites cause a lot of trouble: the bitten place swells and itches terribly (the midge does not drink blood like mosquitoes, but gnaws a piece of flesh, which causes inflammation), allergic reactions are not uncommon. In addition, midges are carriers of dangerous diseases – for example, onchocerciasis, which causes eye damage (in African countries).

How to Escape: You will certainly need insect-repellent ointments, lotions, and aerosols. If you are not ashamed to walk with a mosquito net on your head (look for it in stores that sell paraphernalia for camping trips) – use this method of protection, especially since it is considered one of the most effective. Try not to comb the bitten place; lubricate it with ammonia or baking soda solution. If the tumor grows, see your doctor. 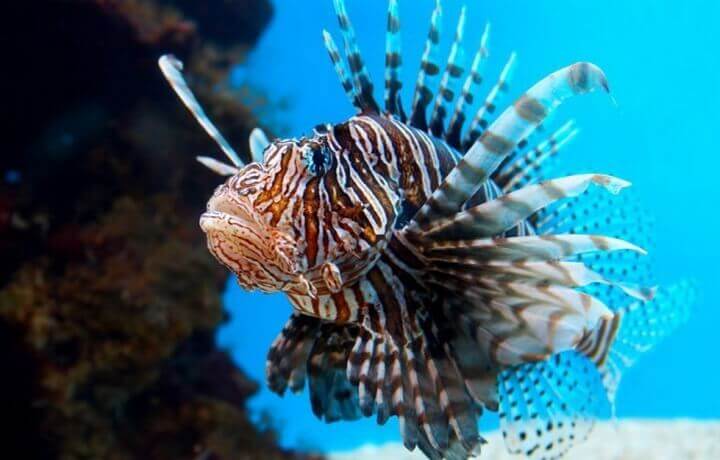 Lionfish (their other names are lionfish and zebrafish) are considered one of the most unusual creatures in the Indian Ocean. They have a bright color (the bodies are painted with white stripes) and large fan-like fins that work as a good cover – they hide sharp poisonous thorns. Especially to prick these needles lionfish do not want anyone, using them as protection: stumbling on a thorn, you can get an extremely unpleasant charge of poison under the skin. In some cases, its dose is insignificant, and the person experiences only an attack of pain. However, sometimes a meeting with a disheveled fish can result in paralysis of the skeletal and respiratory muscles, and then the swimmer suffocates and drowns.

How to be saved: watch the lionfish from afar and do not disturb their peace. These 30-centimeter fish never attack first, taking a wait-and-see attitude until the last. When snorkeling or scuba diving, be careful: lionfish like to watch their prey, disguised as bright corals, and they can be difficult to notice at first glance. After running on a dangerous spike, see a doctor immediately. 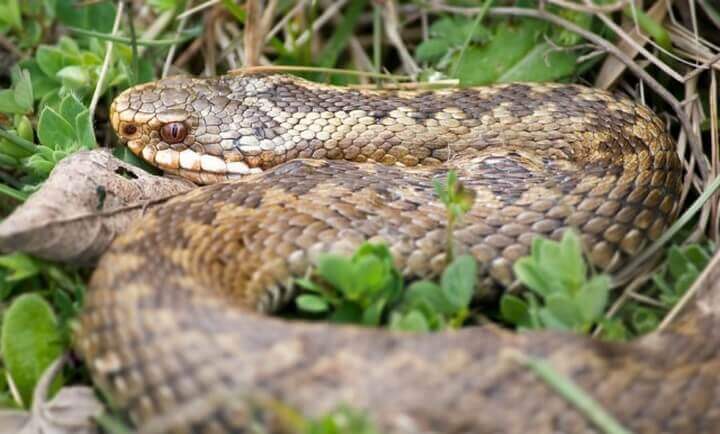 The family of vipers is large, but the poison of the common viper, which lives in many European countries (Italy, France, Switzerland, Greece, Bulgaria, Great Britain, etc.), is considered the most dangerous for humans. In Russia, this gray-black reptile with a zigzag pattern on the back is found in Siberia, the Far East, Sakhalin, and the Urals, namely in forests, mountains, fields, and swamps. When attacking, the viper relies on lightning speed and, if he misses, repeats the blow again. Finding out that the snake is about to attack is quite simple: before a series of attacks, the reptile settles down more comfortably, curling up into a ring and pulling in its neck. At the same time, the viper hisses and snorts quite loudly. Like most snakes, the viper does not attack a person first, but rather tries to crawl away as soon as possible, hearing the sound of approaching footsteps. You can only irritate an animal by stepping on it or by severely frightening it. And then the viper will show everything that it is capable of. Without much distinguishing who is in front of her, the viper can inflict up to 30 blows without stopping. There were times when an angry viper gouged a stone or a thick branch lying in front of it, breaking its head into the blood.

How to be saved: if you see a viper, it is better to just leave, not getting close and in no case trying to provoke it. Although a viper bite is very rarely fatal, an affected person should seek immediate medical attention. If the hospital is far away and it will take several hours to get to the nearest doctor, you need to suck out the poison from the victim through the wound, first taking water into your mouth, and then carefully spitting it out. Keep in mind that there should be no sores in the mouth (and the teeth should not be damaged by caries), otherwise the poison can enter the body. When bitten, you need to drink more water, if possible – eat the hot broth. 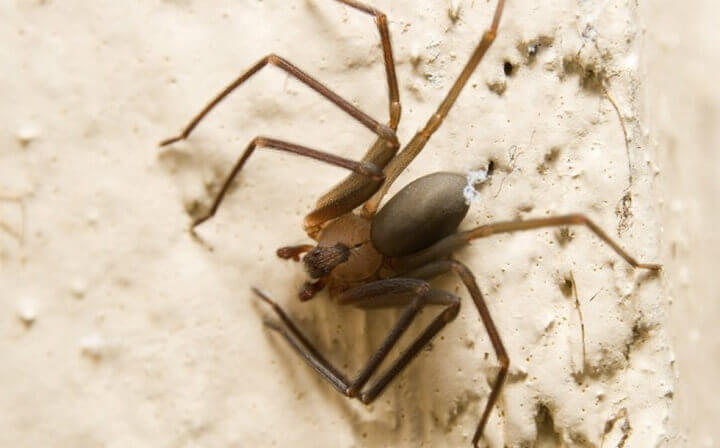 One of the most dangerous spiders in the world (in terms of the strength of the poison it is comparable to the black widow) has several types. The worst of these are the brown recluse spiders that live in the United States, including Hawaii. A seemingly harmless spider can settle in a house or in an attic and will not attack a person until he is disturbed. But if you anger the arthropod, it will not seem a little: from a spider bite, symptoms of a disease called loxoscelism appear. Nausea and fever are just flowers. From strong doses of poison, gangrene develops, and irreversible necrosis of skin tissue begins. Other hermit species (its scientific name is the loxosceles spider) live all over the world – from the Mediterranean to Australia. They are also poisonous, but their bites are no longer so scary.

How to escape: carefully check clothes and shoes before use – it is unpleasant if an insect gets into them, and even more so if Loxosceles. Take a look around the room in which you live during your vacation so that there are no cobwebs hanging over the bed and there are no old boxes in which spiders could make a nest. Be sure to wear gloves when carrying armfuls of firewood. If it was not possible to avoid the bite, apply ice to the damaged area and immobilize the limb. Call a doctor.