Last year, Pakistan suffered from severe flooding there. As a result, many local spiders were forced to move to trees. In this way, huge nests of spiders formed in the crowns, the cobwebs completely covered the crowns, since the water did not subside for a long time, and the eight-legged ones had to settle in a new place. 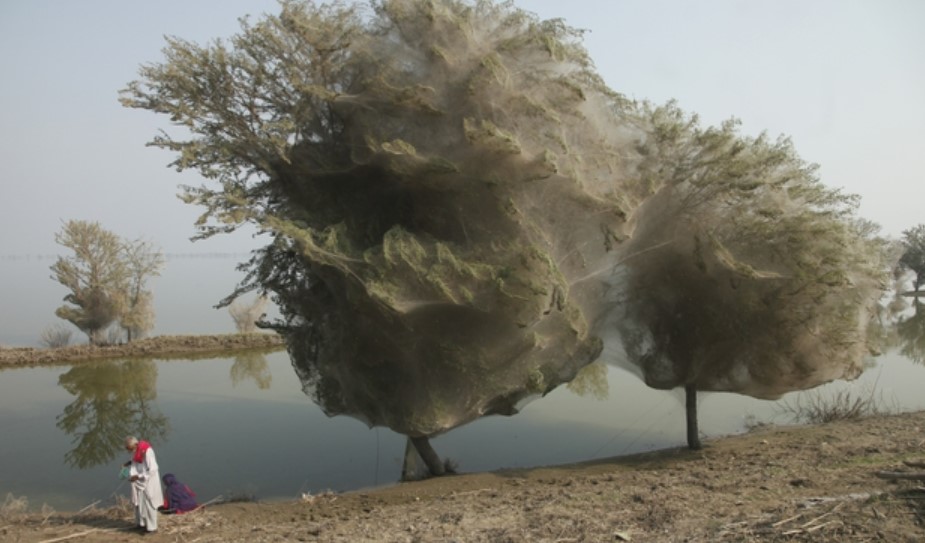 Unfortunately, this led to problems for the trees themselves, they are dying slowly from the abundance of immigrants and the cobwebs that bound them. But the spiders’ high nests allowed them to breed and caused a sharp drop in mosquito numbers. And this, in turn, led to a decrease in the incidence of malaria among the population, which mosquitoes carry.