A Czech terrier is considered to be particularly calm and gentle, especially by terrier standards. He loves his family and especially the children, for whom he is a patient playmate. He would like to follow his main caregiver everywhere. He doesn’t get along at all with being alone for long periods of time.

Like all terriers, the Cesky appreciates ball games and needs regular long walks. However, it is better to leave him on a leash on them, because he has a strong hunting instinct. He often hunts small animals relentlessly to the last. Guinea pigs and hamsters as additional pets are therefore not a good idea. You should get him used to other animal companions in good time – then living together can work out. However, other dogs should be at least as tall as him. 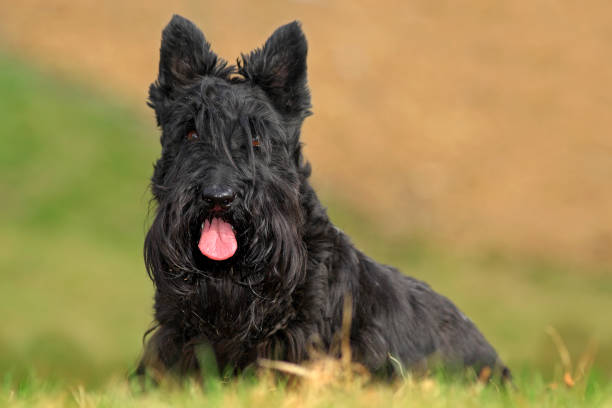 A good watchdog, he is initially very reserved with strangers. If he gets to know them over time, he will also play a game with them. Overall, the Czech Terrier is a loyal, cheerful, and energetic dog that loves and protects its family at all times. Despite all love, he sometimes tends to be stubborn but is generally easy to train.

The Czech Terrier loves to eat, which is why he can put on a few rolls of fat despite all his activity. One should therefore be careful not to overfeed him.

The Czech Terrier is 25 to 32 centimeters tall and weighs six to ten kilograms. He has a long, fine, and silky coat. As a small puppy, he has a black or brown coat. Over the years, the fur of the black born turns gray-blue, and the others get the color of milky coffee.

His coat should be brushed occasionally and clipped or trimmed every few months. 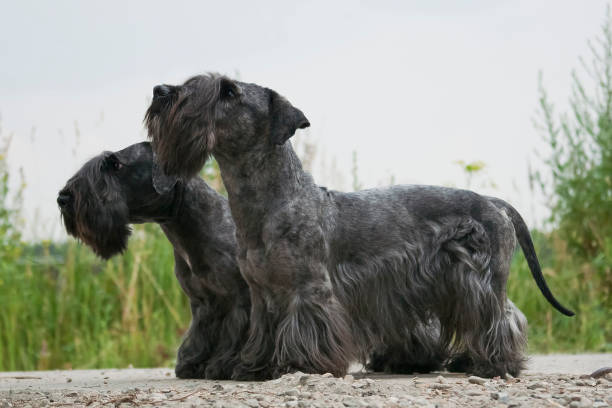 Also known as the Bohemian Terrier, the Czech Terrier is a relatively young breed. In 1949, Frantisek Horák began breeding in the Czech Republic by crossing male Sealyham Terriers with a female Scottish Terrier. The first exhibition under the name Cesky Terrier took place in 1959. In 1963 the Fédération Cynologique Internationale (FCI) recognized the breed.