Dove – birds from the order pigeon-like, pigeon family. The wild pigeon was domesticated about 5,000, and possibly 10,000 years ago. 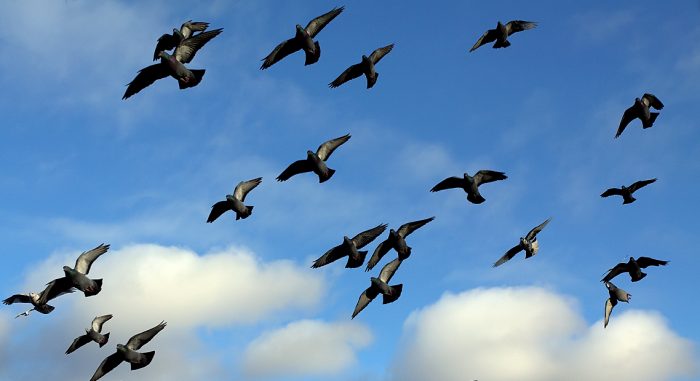 The Dove wing length is 20-27 cm, weight ranges from 200 to 650 g.
The color of Doves can be completely different. Some species and breeds of pigeons are colorful, like parrots, or with tails like peacocks. No wonder doves pink, yellow, peach or coffee. Doves can be of the same color, multi-colored, or have a pattern in their plumage. There are species with curly plumage or a large number of feathers near the head or paws.

What Do Doves Eat?

Doves feed on seeds, fruits of fruit trees, berries. Birds living in cities can consume food waste (wheat, corn, oats, barley). Sometimes Doves eat insects. Basically, birds prefer to settle near a person’s home, so it is easier for them to find food for themselves. Doves are quite unpretentious in choosing a food source since the pigeon has very few taste receptors in the mouth: 37 taste buds compared to 10,000 taste buds that humans have.
When a Dove drinks, it draws water into itself as through a straw, while other birds mainly capture a few drops with their beak, and then throw their heads back so that the water gets into their throats.

Where Do Doves Live? 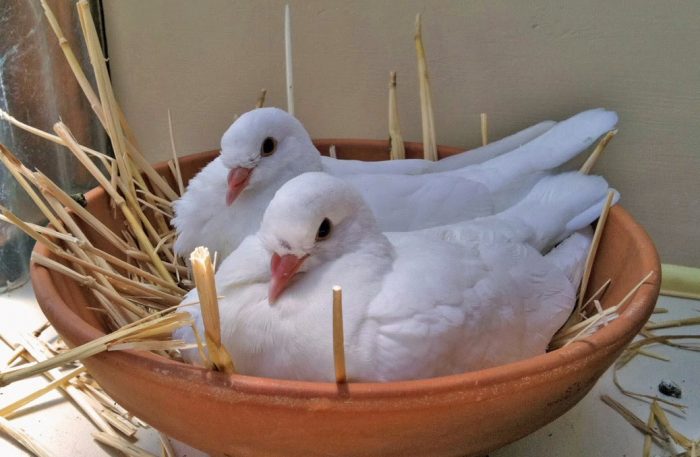 Doves live everywhere, with the exception of Antarctica and the polar regions. Although the number of wandering pigeons reached 5 billion, they became extinct due to deforestation in North America.

Doves are monogamous and create a family for the rest of their lives. When a male Dove looks after a female, it spreads its tail and takes an upright stance, then bends down, swells, and twirls near the female. During this dance, the male coos loudly. Lovers clean each other’s feathers and touch their beaks, creating a kind of kiss.
When a pair mates, the male climbs onto the female’s back and balances on her thanks to the wings. After that, it flies, flapping its wings noisily. The mating season for pigeons can be at any time of the year, as it depends on the place of residence of the individuals. A pair of Doves build a nest in a secluded place where it is difficult to find. The male collects materials for the dwelling, and the dove lays down thin twigs, twigs, and blades of grass. A female can make up to 8 clutches per year, which consist of 1 or several eggs.
Most of the time, the female incubates the eggs, but the male pigeon also participates in hatching. After 16-19 days, chicks of Doves appear, blind and with a yellow down. They are not born at the same time, since the laying of eggs could occur with a two-day break. In the early days, parents feed their offspring by belching from the goiter. Then seeds are added to the diet. When a little over a month has passed, young pigeons begin to fly and become like adults. 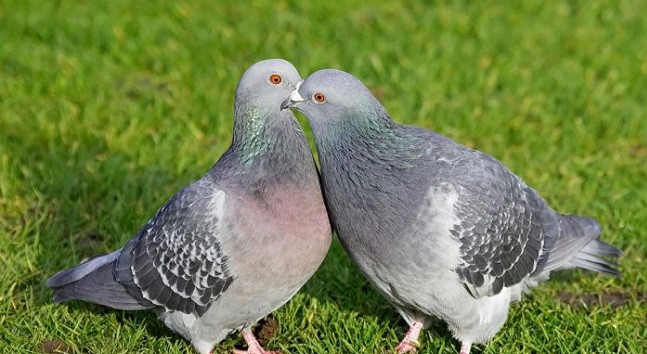 The dove is a hardy and very strong bird. For these qualities, they were highly valued in the days of Dove mail. Doves can reach speeds of up to 140 kilometers per hour and can fly a distance of up to 3000 kilometers.
Thanks to the speed of these birds, the Dove sport was created – this is a competition of carrier pigeons. Olympiads and contests for these birds are organized every two years.

The bird of peace is another name for Doves. The expression became popular after the end of World War II. Pablo Picasso painted a white dove of peace with an olive branch in its beak. The story about this bird is told in the Bible. It was the dove who brought Noah a branch of an olive tree as a sign that the water had gone down after the flood, and you can get out. A white dove with a twig in its beak is the emblem of the World Peace Congress. 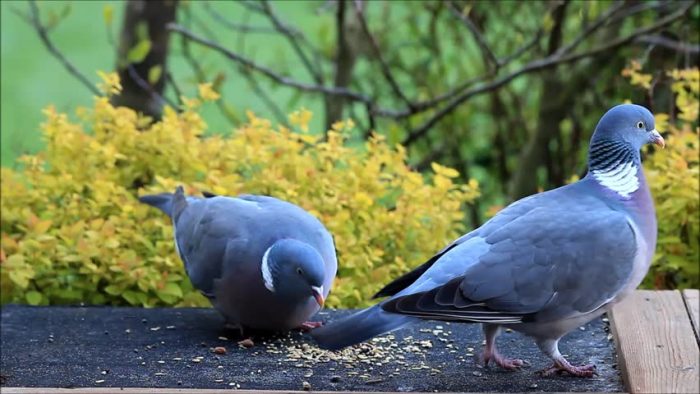 Doves are gregarious and peaceful birds. In captivity, they live from 15 to 20 years. For breeding at home, attics or separate dovecotes with walls of wood or brick with an entrance on the south side are suitable. The windows for the departure of birds are made about 10-20 cm wide. For thoroughbred birds, they will equip a fenced walk on the street. The dovehouse must be dry, clean, and bright. In dark or damp rooms, Doves get sick. In the dovecote, perches for birds are installed for non-nesting times. For this purpose, you can make shelves on the walls. Nest boxes with nests are also installed in the dovecote. The nests are made of wood or plaster.

Domestic Doves make several clutches a year, two eggs each. Very often, Doves form one pair for life and, even if they are separated, they can return to their first spouse. Natural couples are the strongest, in which Doves carefully look after each other. It can be quite difficult to distinguish a female from a male. In the male, the beak is usually shorter and not pointed, the nostrils are prominent, the head and chest are massive. Doves incubate clutches for up to 20 days according to the schedule: the Doven incubates eggs in the daytime (from about 10 to 16 hours), the dove – all the remaining time. Chicks are born blind, helpless, covered with down. Parents feed them with mucus from the goiter – goiter milk from 7 to 20 days. Then little by little chicks can be transferred to grain feed. If a pair of pigeons cannot feed their chicks on their own, they can be added to another pair or manually fed from a syringe. Doves breed up to 10 years, but the best offspring are given at the age of 3 to 6 years.