Budgies, bright, cheerful, and quick-witted, are able to brighten up the monotonous life of a lonely person and bring revival to the everyday life of a friendly family. It is not surprising that those who like to communicate with talkative parrots most often turn on “wavy” ones. 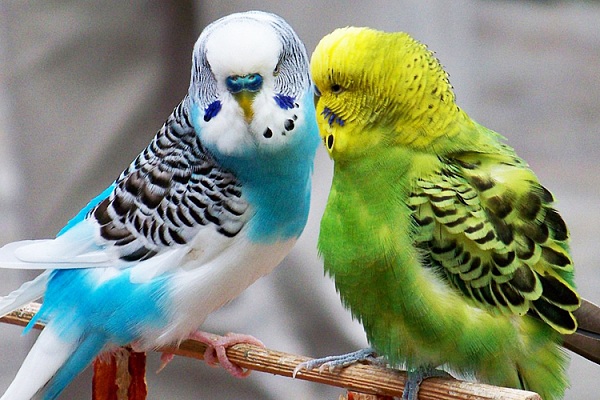 A stepped tail, which grows up to 10 cm, visually enlarges the bird, whose body usually reaches 17-23 cm, by about a third. An adult parrot weighs 40 to 45 grams.
Birds in the wild have emerald green plumage predominantly, but the neck and head (front) are bright yellows. Three neat black spots are visible on either side of the throat.
Dark waves descend along the back of the head, back of the head, and yellow back, whose lines thicken when passing to the back. The younger the bird, the more blurred the pattern.
A strong curved beak, at the base of which there is a wax with nostrils, is covered with a stratum corneum. The stratum corneum is also present at the tip of the thick short tongue.
The color of the wax tells about the parrot’s field: in the adult male it is bright blue, in the young it is purple; in an adult female it is brown or blue, in a young female it is blue.
The parrot’s beak is different from that of other birds: it remains mobile due to the fact that the longer upper jaw is connected to the skull by a tendon. A dark beak is observed in chicks, and a pale yellow, with a greenish tint, in adult parrots.
The budgie’s beak has several important functions:

The parrot’s legs, which are made up of 4 long, bent toes, can be grayish-blue or pink. Two toes are facing forward and two are facing backward, which makes the birds excellent at climbing trees and walking on a horizontal surface. The parrot’s paw grasps and picks up the desired object, including food, and holds it next to its beak.

Australia is not only home to budgies (the most common parrots on the mainland), but also their primary habitat.
The birds nest along the southwestern and eastern coasts (avoiding northern areas with dense forests), as well as on nearby islands, including the island of Tasmania.
Looking for plots for nesting, parrots choose the steppe and semi-desert areas with rare trees.
In the north of the mainland, breeding of offspring of “wavy” does not depend on the season (only the rainy period is excluded), in the south, it usually falls on November-December.
Parrots live in flocks of 20 to several hundred birds. They fly from place to place in flocks, looking for food and water, sometimes stopping in the middle of green plains, where they eat grass seeds.
Birds easily cover great distances due to their high flight speed, similar to that of a swallow. Coming in for a landing, the parrot bends its wings down like a quail.
The wild population of budgerigars has now declined significantly. Bird watchers believe these are the consequences of human intervention in Australia’s landscape. 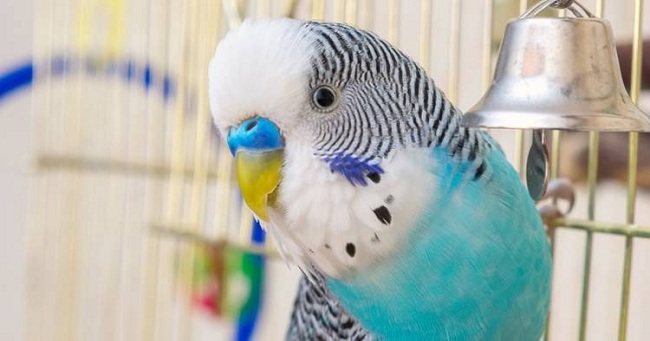 To keep the parrots comfortable, place the cage on an elevated level (at your height) in a well-lit area. Birds need long daylight hours: 10-12 hours in winter and 12-14 hours in summer. With the onset of late autumn, it is necessary to use additional light sources. Do not place the cage on the windowsill, parrots catch colds easily.

Moving to a new place of residence for a parrot will become stressful, so keep it calm for 2-3 weeks: exclude loud sounds, increased the attention of children and pets. Talk to the bird kindly, but do not pick it up: it will decide for itself when it can trust you.
Before going to bed, cover the cage with a cloth, leaving the front wall open: this way the parrot will calm down faster and will not chirp while everyone is sleeping.
The sun promotes the production of vitamin D in the body, so when warmth comes, take the cage with your pet to an open balcony, slightly shading it from the sheer rays of the sun.
The budgerigar molts twice a year. At this time, the bird does not fly. Try to disturb her less and feed her with vitamins.
Despite the fact that they drink little, access to water should be constant. It should not be boiled, but it should be passed through a filter, occasionally adding lemon juice (a few drops). You can buy proven bottled water.
To make it easier to care for the claws, the perches in the cage are made of wood: if they are plastic, the claws will not naturally grind off.
The cage is cleaned daily, and a spring cleaning is arranged once a month. A clean cell can be wiped with chamomile/wormwood decoction. 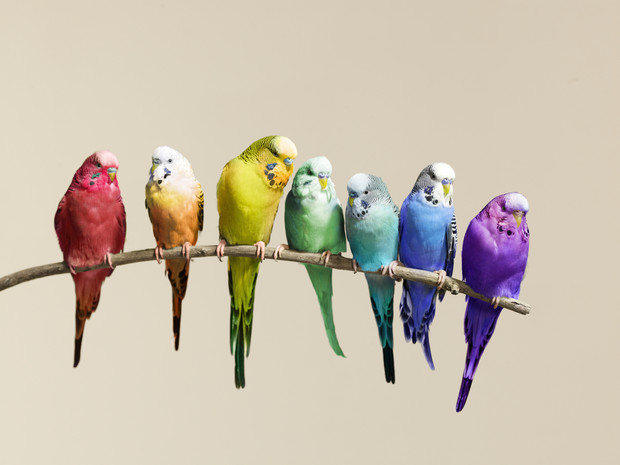 If you’re interested in the longevity of your bird, don’t keep it on cereal-only mixes. The diet should include:

Fresh food is given every day. When pouring in the grain mixture, remove the scales from yesterday’s portion. Vitamin supplements are needed only for molting, severe stress, illness, and feeding chicks.

For normal digestion, a parrot will need sand, which is bought at a pet store and poured into the bottom of the cage.

Rare specimens in nature last up to 8 years: usually, the life of parrots is half as long. Birds die of hunger, in the teeth of predators and natural disasters.
It is natural that, against the background of their wild counterparts, domestic budgies look like mafusails, living up to 10-15 and even up to 20 years.

The most common wavy diseases are:

Remember that females rush even in the absence of a male. A trapped egg can paralyze a bird’s leg and cause death. Put some Vaseline oil into the cloaca, put a warm cloth on the bottom of the cage, and a heating pad under the bottom. If the egg doesn’t come out, go to the branch cabinet.

They get rid of parasites by instilling special preparations into the beak.

Birds with a cold are treated by irradiating several times a day with a table (not quartz!) 40-60 W lamp. They are given vitamins, chamomile broth is placed on the bottom of the cell.