Eggs are an important ingredient in many dishes; no housewife can do without them when preparing for the holidays. But we still don’t know a lot of interesting things about them. Today we will correct this annoying misunderstanding and tell you everything there is to know about this product.

Contents hide
1 Eggs Facts
2 White & Brown Egg Nutrition Facts
2.1 Eggs are healthy and nutritious
2.2 Cholesterol in eggs is not as dangerous as is commonly believed
2.3 Eating raw eggs is dangerous
2.4 On average, a laying hen produces between 250 and 300 eggs per year
2.5 White eggs are just as good as brown eggs
2.6 Japan is the world leader in the consumption of chicken eggs
2.7 Diet eggs are healthier than table eggs
2.8 Eggs should not be stored next to strong-smelling foods
2.9 The longer the egg has been cooked, the harder it is to digest
2.10 To determine the freshness of an egg, you can dip it in a bowl of cold water
3 Egg Yolk Nutrition Facts
3.1 Cholesterol that scares us
3.2 The benefits of egg yolk
3.3 Сonclusions 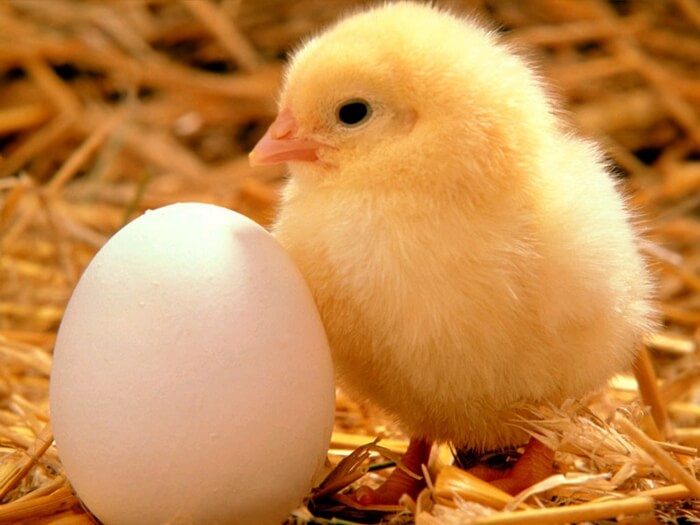 Everyone knows that the largest eggs are produced by ostriches. But an interesting fact – if we compare the bodyweight of these birds and their eggs, then their ratio is the smallest.

There are cases when up to 5 yolks were found in a chicken egg.

Chickens are capable of laying without the participation of roosters; they can produce about three hundred eggs per year.

It will take you about two hours to boil an ostrich egg, as it is about 24 times the size of a chicken egg. Even if you stand on it, it still won’t burst.

To make the egg unbreakable, soak it in vinegar for a couple of days.

Eggs can absorb odors since the shell contains more than seventeen thousand pores.

A raw egg cannot be rolled, but a boiled egg is spinning perfectly.

White chickens lay light-colored eggs, while all others lay brown eggs. But these eggs do not differ in nutritional value.

Humanity eats over six hundred billion eggs a year. Most of them are produced in China.

There are people who suffer from Ovaphobia – this is the fear of eggs. Alfred Hitchcock is unlucky enough to have this phobia.

The ovum of the fair sex is the largest cell in the human body.

The [email protected] of the turtle cubs depends on the temperature under which the eggs hatched, from which they hatch.

The egg does not sink in saltwater but falls to the bottom in freshwater.

Eggs are healthy and nutritious

On average, a chicken egg contains 80 calories. In terms of calories, it is equivalent to a medium-sized apple, half a banana, 100 grams of beef tongue, or chicken legs. In addition, eggs contain valuable vitamins, minerals, and protein. Eating eggs not only provides energy but also has a positive effect on the condition of hair, eyesight, and the whole body.

Cholesterol in eggs is not as dangerous as is commonly believed

It is found only in the yolk and is balanced with lecithin (a substance also found in eggs that helps metabolize cholesterol and fats).

Delicious eggnog can backfire in the form of salmonellosis. A dangerous bacterium is often found in raw eggs and is killed by cooking. It is also important to wash the eggs thoroughly and to prevent germs from entering the egg mass from the shell surface.

On average, a laying hen produces between 250 and 300 eggs per year

She needs about a day to lay one egg.

White eggs are just as good as brown eggs

Contrary to the popular myth about the exceptional benefits and taste of brown eggs compared to white ones, the latter are just as good. The only difference lies in the breed of chickens that lay these same eggs. The color of the shell depends on the suit of the laying hen – in speckled hens, eggs are brown and beige, and white hens lay white eggs. The color of the yolk depends only on the chicken’s diet.

Japan is the world leader in the consumption of chicken eggs

On average, every inhabitant of the country eats one egg every day.

The classification of eggs into dietary and table eggs depends on their freshness. Eggs are considered dietary if they have been stored at a positive temperature for no more than 7 days after laying.

Eggs should not be stored next to strong-smelling foods

Thanks to their porous shell, eggs easily absorb odors.

The longer the egg has been cooked, the harder it is to digest

A hard-boiled egg will be digested by the body in about three hours. That is why hard eggs are best avoided before bed.

To determine the freshness of an egg, you can dip it in a bowl of cold water

The fresher the egg, the smaller its air chamber, which means the egg will drown. At the same time, a stale egg will float to the surface, such an egg is not advisable to eat. 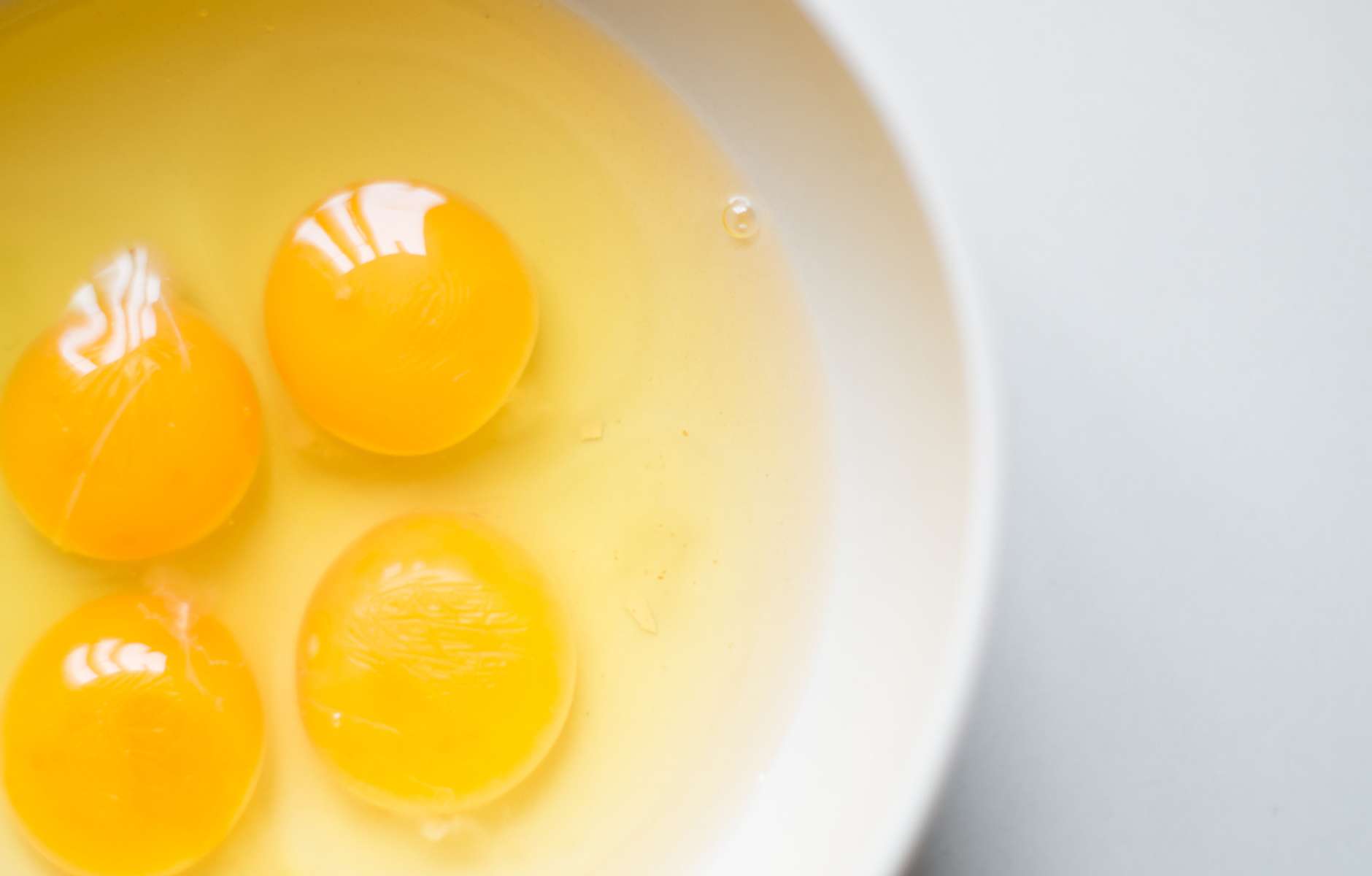 Many people consume yolks regularly – for example, for breakfast, in baked goods. An almost demonic glory haunts them. Some even argue that yolks contain such a proportion of cholesterol that can lead to the same effect as amphetamine. How justified such a reputation is, we will have to find out in this article.

Cholesterol that scares us

The egg itself is a low-fat product. However, at the end of the 20th century, a version appeared that the yolk is a source of harmful cholesterol, which in large quantities enters our body and is deposited on the walls of blood vessels, obstructing blood flow and causing atherosclerosis, which in most cases can lead to stroke. How much this corresponds to reality, no one can still say with one hundred percent accuracy.

But, say, in the United States, doctors cited facts that refute the harmful effects of yolks. As a result of research, they were able to establish that the increase in blood cholesterol levels with the regular use of eggs in food is not massive, it is manifested only in a certain group of people.

In fact, yolks significantly reduce the rate of accumulation of cholesterol in the body, which is due to the presence of lecithin in them. Our bodies actually need the cholesterol found in meat and eggs to produce testosterone, which helps build energy and muscle mass.

The benefits of egg yolk

The yolk contains many micro and macro elements, which include potassium, calcium, and phosphorus. Thanks to potassium, which is present in the yolks of chicken and quail eggs in the same quantity as in bananas, it is possible to avoid atherosclerosis and to put blood pressure in order. Calcium and phosphorus are also responsible for the health of bones, teeth, and hair.

The yolks contain many vitamins – A, B (almost the entire group), as well as D, PP, and E. Such a rich selection of vitamins, presented in the yolk, helps to improve the immune, nervous and cardiovascular systems. It also helps to activate metabolism, increase the body’s immunity and strengthen muscles.

As mentioned, yolks are rich in lecithin, which is an important structural element of cell membranes. Lecithin plays an important role in the formation and development of nerve cells.

Healing mixtures on the yolk base also give a positive effect, using which, with less time, you can cure pneumonia and a number of other diseases of the respiratory system.

The yolk can be your faithful assistant not only in cooking but also in cosmetology. Professionals and housewives know that yolk masks help to prolong skin youthfulness and keep hair healthy.

Often, this part of chicken and quail eggs is used in the preparation of various kinds of ointments according to folk recipes, which are used for burns.

They wash their hair with yolk, rub it into the roots of the hair, prepare masks based on it. The lecithin and amino acids contained in the yolk strengthen the hair, preventing hair loss and dandruff. Vitamins A, B, E, magnesium, potassium, and phosphorus, included in the composition, not only strengthen the hair but also help restore the natural shine and elasticity of hair.

Based on the foregoing, one conclusion can be made – the yolks are not as scary as they are said to be. Eating a whole egg is essential for the full development of our body.

Of course, it is worth observing the daily intake of cholesterol from food. It is equal to 300 mg. This corresponds to 1-2 yolks. However, don’t forget that cholesterol is also found in other foods. Nevertheless, a small error of 50-100 mg will not bring any harm to the body. In short, from the point of view of the body’s need for cholesterol, it is worth eating no more than 2 yolks a day.