The English Mastiff is considered the largest dog in the world. At different times the mastiff was used for hunting, as a guard, for dog fights. At one time in England there was cruel entertainment for the court nobility – criminals sentenced to death were offered a chance for life if they fought with sword, shield, and spear against the mastiff, but none of the prisoners won.

At the end of the 19th century, there were almost no pedigrees of mastiffs in England, but thanks to the club of old English mastiffs, which was created in 1872, the breed began to revive. 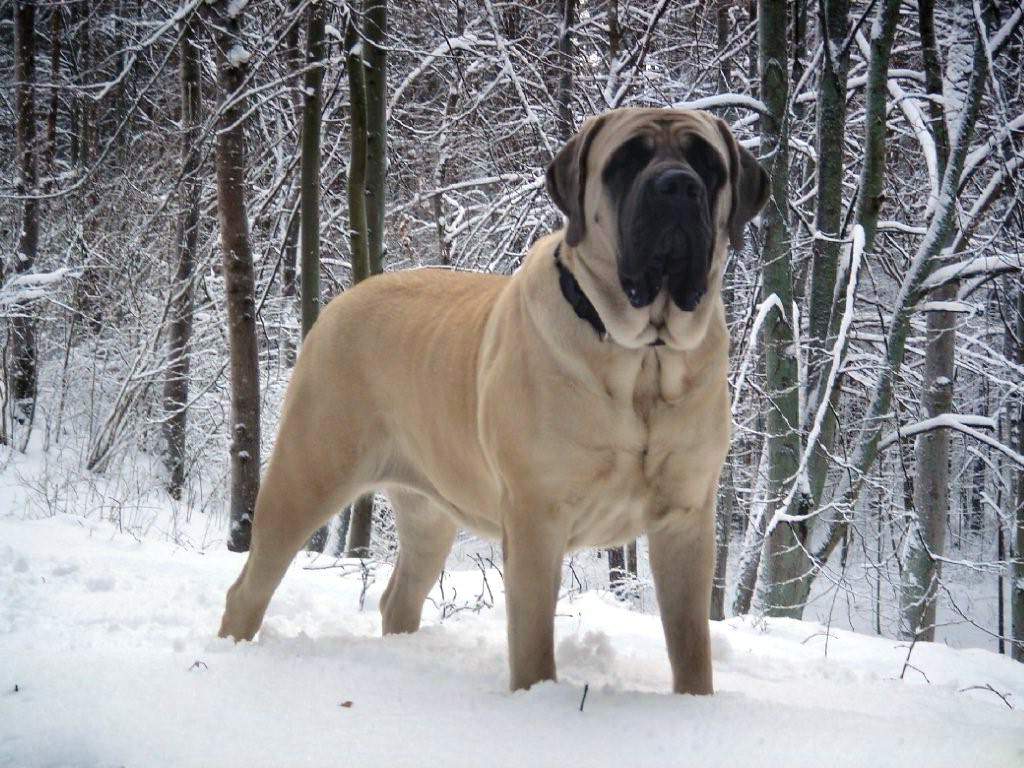 The English Mastiff has a large physique, massive muscular limbs, a large head with folds on the forehead, drooping ears of medium length, a tail set high, drooping down in the shape of a sickle, intelligent and serious eyes. Short and harsh coat, coat color – apricot, dark brindle fawn, silver fawn, apricot fawn, but in any color the ears and muzzle are dark.

Growth reaches 70-76 cm at the withers, mastiffs weigh 80-86 kilograms, but there are specimens that are heavier – 100 kilograms or more.

Is the largest Mastiff listed in the Guinness Book of Records? This is a dog named Zorbo, who weighed 154 kg.

The mastiff is balanced and intelligent, an excellent and loyal guard for the family where he lives. Likes to play with children. Very affectionate and good-natured for those who give him their love.

Mastiffs are so smart that you just need to look at them and he will understand what you want. As a child, they are stubborn, so you need to put more effort in order to invest in him the basics of dog etiquette and that you are the main one in the family.