The English Springer Spaniel is a strong dog with a joyful disposition and a high level of intelligence. He has a proportional build and a fairly wide head with long ears, smooth or slightly wavy hair of medium length. These wild bird hunters are unmatched in graceful leaps. The complaisance and friendliness of the Springers have established them as wonderful family favorites and “nannies” for children. 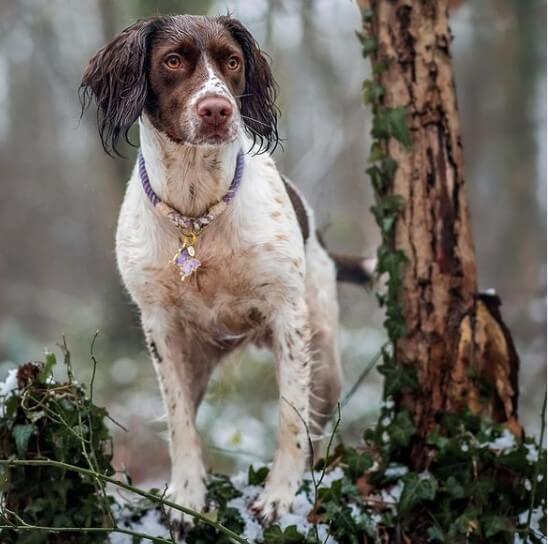 It is likely that the old breed of English Springer Spaniels was the first hunting dog breed. Their direct ancestor, the Norfolk Spaniel, very similar to the Setter, was bred in the middle of the 19th century. Continuous breeding work continued until the beginning of the twentieth century when the Norfolk breed acquired the final improvement in hunting qualities, physical characteristics, and character. The new Norfolk Spaniel got the name Springer due to the characteristic jumps with which he scared the game. 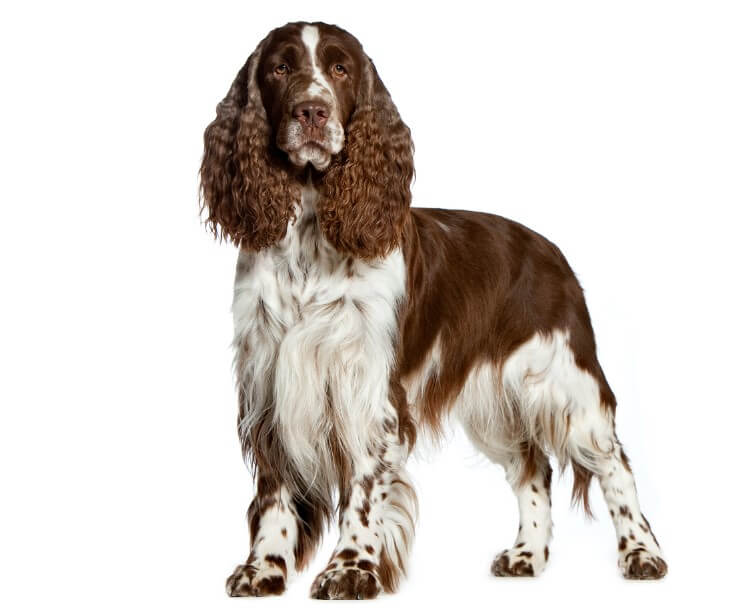 The Springer is a medium-sized, high-legged compact dog. He has a strong and harmonious physique with a large chest and short loin. The legs are straight with closely spaced elbows, the tail never rises above the back. The soft velvet coat is quite thick and weather-resistant, falling off in even strands. The color of English Springer Spaniels evokes admiration: there is always a clear white spot on their muzzle, the color, in general, is black and white or brown and white specks or spots. 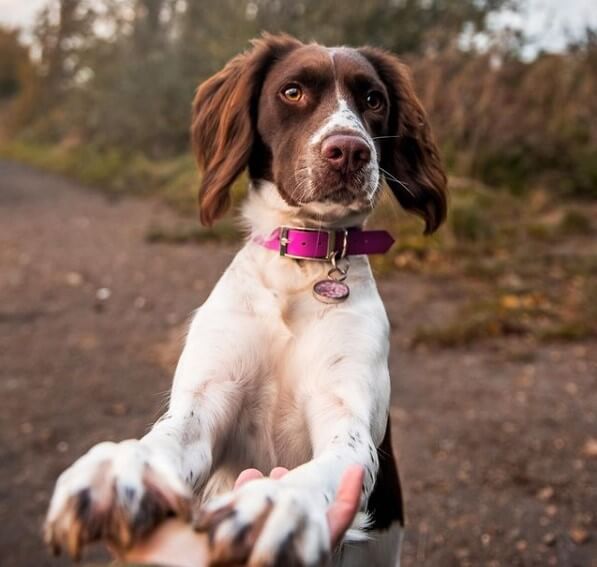 The English Springer Spaniel is an active and friendly dog. There is no aggression or anger in it, and sometimes it seems that the pet is always in a wonderful mood. Representatives of the breed are very sociable, they need the company of a person and a beloved family. You can’t leave a dog alone for a long time, it quickly begins to get bored and yearned. A pet can find an interesting activity, but only the owner is unlikely to like it, because shoes, toys, legs of tables, and chairs will definitely be used – in general, everything that is in the public domain. 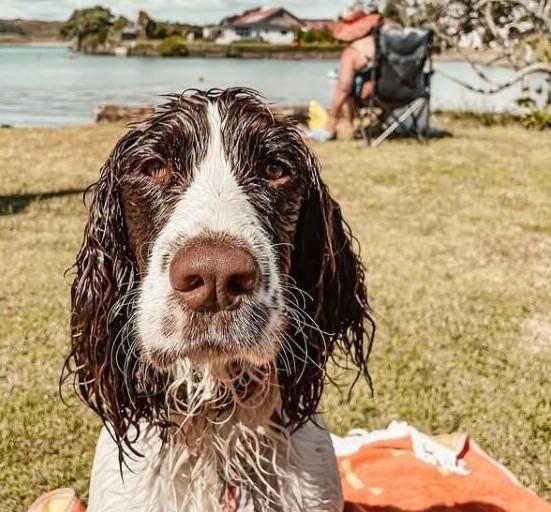 In general, English Springer Spaniels are healthy dogs, but they also have their own list of common diseases. It includes diseases of the eyes, skin, musculoskeletal and digestive system. For vision problems, dysplasia and progressive retinal atrophy can be expected. Dysplasia of the hip joints, which is characteristic of dogs, also occurs. Dangling ears predispose to ear infections. Genetic inheritance can contribute to phosphofructokinase deficiency. 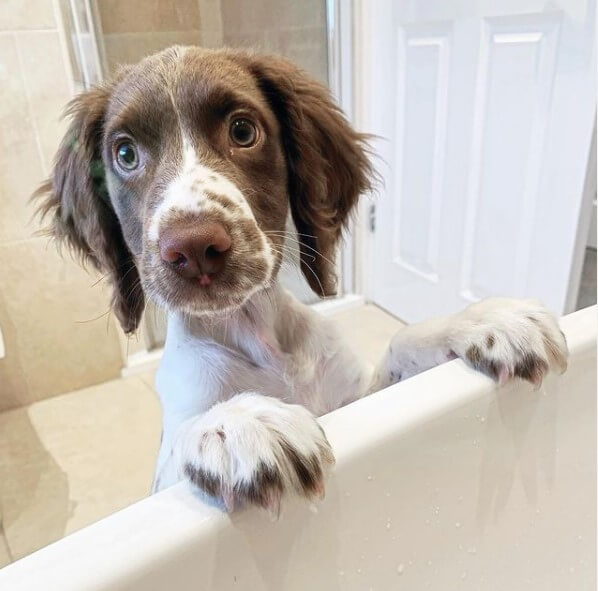 Although the English Springer Spaniel adapts easily to any habitat, it should be remembered that it has a high need for physical activity. Living in a city apartment, your pet will not be satisfied with three regular walks a day. From time to time, take out trips to nature, where the dog can run around without a leash. The Springer’s coat should be brushed daily, and once or twice a year, trim the hair around the ears, near the tail, and paw pads. Keep your pet’s eyes and ears clean and trim nails as it grows. 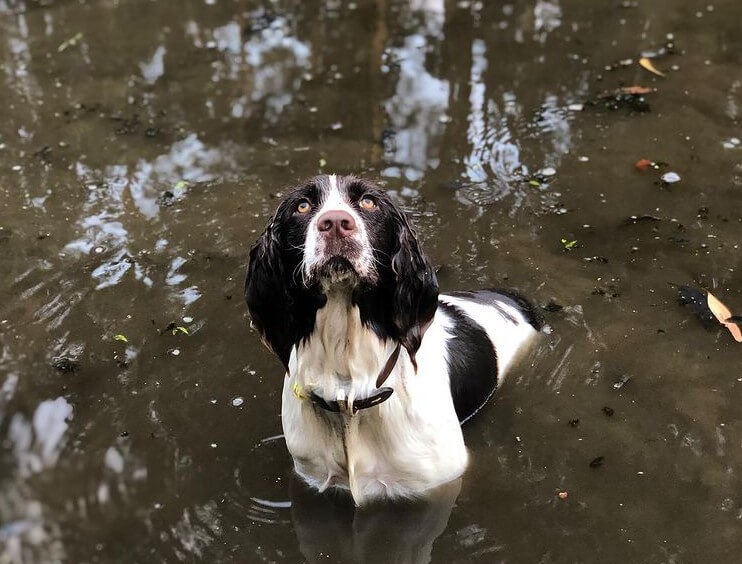 This intelligent and obedient dog is easy to train. Feeling positive emotions of the owner in connection with the executed command, Springer will try to please him in the future. The natural urge to learn new things encourages him to more and more difficult training. With the Springer Spaniel, one should behave consistently and gently, varying training as much as possible. A distinctive feature of the breed is a tendency to vagrancy, so the slightest manifestations of such behavior should be stopped immediately. 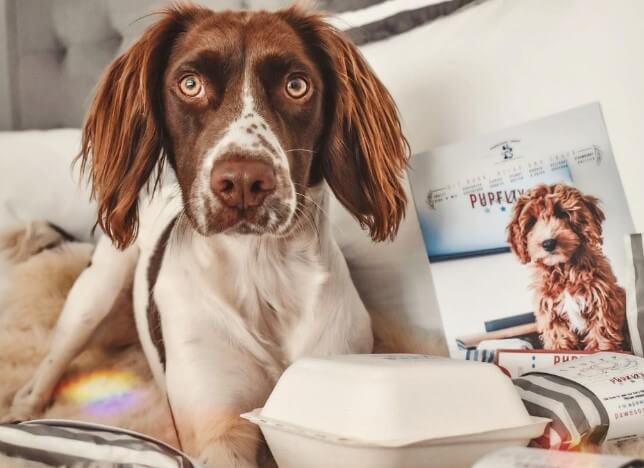 The main task of the owner of an English Springer Spaniel is to establish a balance of physical activity and calorie intake of a pet. Do not forget that he needs daily long walks, otherwise the dog, even with the usual menu, will gain excess weight. Springer Spaniels are prone to obesity, so avoid snacking and stick to your feeding schedule. Balancing nutrients in your pet’s diet will keep your pet healthy and looking shiny.

If you want to save time, you can choose super premium food for your pet. However, natural food is also suitable. The basis of the diet is meat (beef, veal); fermented milk products; occasionally you can give eggs and fish; cereals (rice, buckwheat).