With the word “toy” in the name of a dog breed, most of us have an image of a small decorative “toy” that can only ride in the front seat of a car next to its glamorous mistress. And few people think about what role these dogs played in the past. Meanwhile, the past of the English Toy Spaniel is truly royal! In their homeland, Great Britain, these small furry creatures have been known since the 16th century. At first, they performed purely practical functions: they warmed the feet of their masters on cold English evenings and were also used to lure fleas, saving noble people from the danger of plague infection. Pretty soon, these cute little dogs became the darlings of the royals. So, known for her tragic fate, Mary Stewart, so adored her favorites that she never parted with them, and even after her execution, one of her four-legged pets was found in the folds of her skirts. 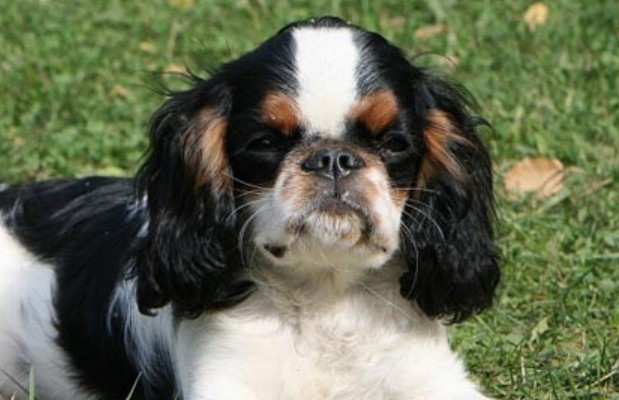 King Charles I was also known for his passion for these funny little ones. He just doted on his four-legged friends and sometimes, while playing with them, he forgot about his state affairs. When the king was dying, his loyal pets did not leave him a single step, and after his death, the son of King Charles II gave them a name in honor of his father – King Charles Spaniel, which has since been considered the official name of the breed in England. In addition, Charles II issued a decree allowing English toy spaniels to freely visit all public places: shops, bars, offices, etc. By the way, this decree is still in force! Over time, this gallant gentleman gradually changed his appearance (by crossing with a pug, a pygmy spitz, and a Maltese lapdog), as a result of which he became a little smaller, his muzzle became less flattened, and his coat was slightly shorter. But by nature, King Charles Spaniel remained the same playful and cheerful creature. In the middle of the 20th century, English Toy Spaniels began their triumphant march across America and Europe, and now representatives of this breed have loyal fans in many countries of the world. King Charles Spaniel has a compact, stocky physique, a domed head, a funny upturned muzzle, a snub nose, long wide-set ears, and large dark eyes, with a touching and seemingly always asking for something. The height at the withers of these babies is from 25 to 28 cm, and the weight is from 3.5 to 6.5 kg. These dogs have a long, shiny, and silky coat, the color of which, according to the breed standard, can be one of four options: Blenheim (red & white), Prince Charles (white with black and yellowish-brown), ruby ​​(chestnut red) and King Charles (black with reddish-brown). The English Toy Spaniel is a kind, cheerful and flexible creature. He is able not only to be a pet but also to hunt, if necessary. But today hardly anyone uses it for hunting, so the hunting instinct inherent in it has faded into the background as unnecessary. You are always guaranteed a good mood next to this dog. He will make friends with all members of your family, will not be jealous of other animals in the house, and will appear before the guests as a well-mannered and friendly gentleman. And during dinner, he can gallantly spin around them, begging for a tasty treat, and hardly anyone can refuse this charming handsome guy. But it is difficult to constantly be cheerful and enjoy life, so even English toy spaniels can have bouts of melancholy and unexpected shyness: during these periods, be especially gentle and attentive with him. Well, if suddenly you feel sad, then your four-legged friend will not let you become limp and will curl around you until you smile at him in response: it is not for nothing that he was called a “comforter” for a long time. But next to such a friend, you will simply have no time to be sad!