There are many unusual and rare animals on the island of Borneo. Scientists are still finding new species in the remaining forests. Among these curiosities are the ants of the species Camponotus cylindricus. 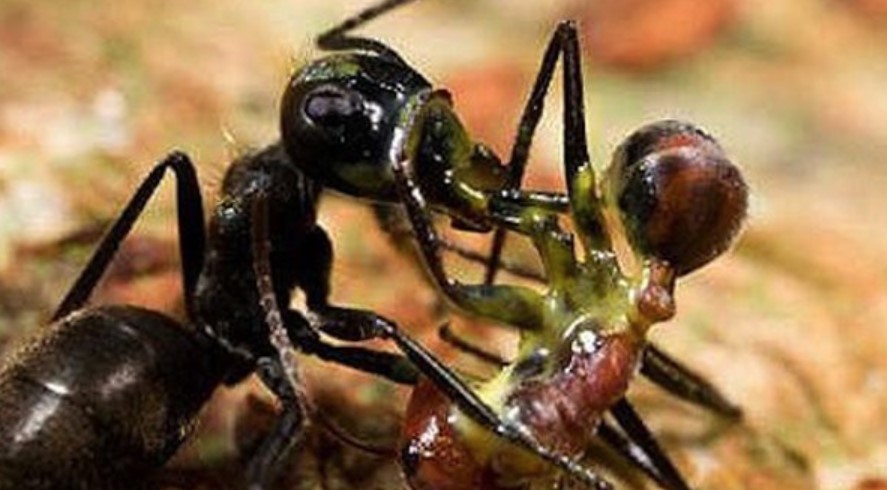 A feature of this species is an unusual defense mechanism. Like all ants, they do not like strangers and actively defend their territory. Having met the enemy, the ant grabs it with all its limbs and jaws and simply blows up its abdomen due to the contraction of the abdominal muscles!
As a result, the alien remains covered with a sticky, poisonous liquid. And then he either dies of poison or becomes an easy target for other exploding ants because he remains drugged, stuck around, and with a kamikaze, corpse stuck to his body.
Kamikaze ants carry in their abdomen a supply of a poisonous liquid of bright yellow color and are always ready to repulse the enemy.