The giant short-faced bear (Arctodus simus) was one of the largest mammalian carnivores.

He lived during the Ice Age 44,000 and 12,500 years ago in North America. The largest of the bears was perfectly adapted for hunting big game of that time. It could find mammoth carcasses from afar and feasted on them with pleasure. But the basis of the diet was still made up of such large herbivores as deer, camels, horses, and bison. 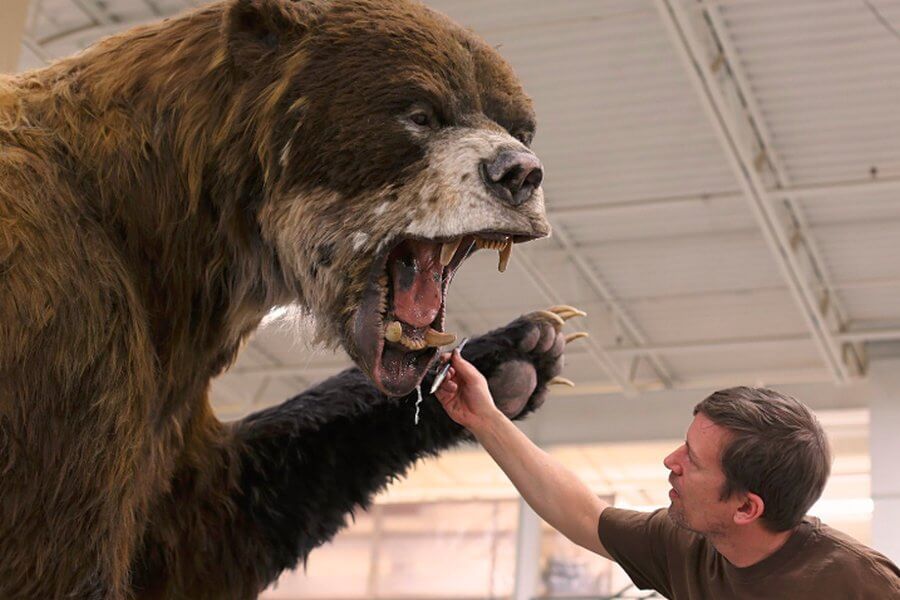 The short-faced bear had a rather unusual structure for a bear – its muzzle was much shorter, and its teeth were more adapted to inflicting deadly bites and gnawing bones. The giant’s legs were long, which means it ran well and was distinguished by endurance. 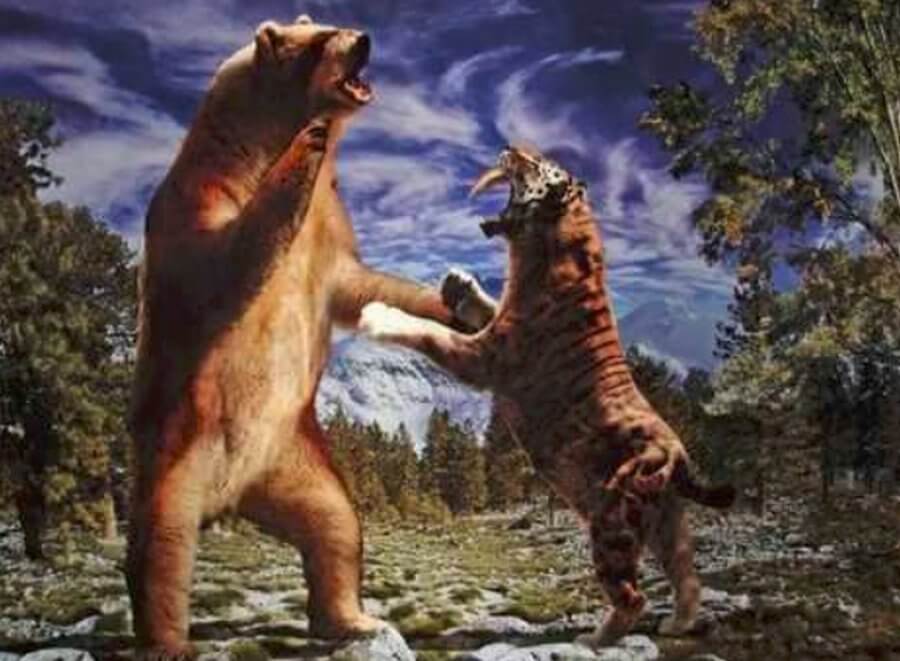 At the withers, these bears reached 1.5-2 meters, but they could grow up to 3. On their hind legs, they rose up to 3.5-4.5 m. The bears weighed about 600 kg, although males were not rare and much more, up to 1400 kg. Like modern bears, males outnumbered females in them. 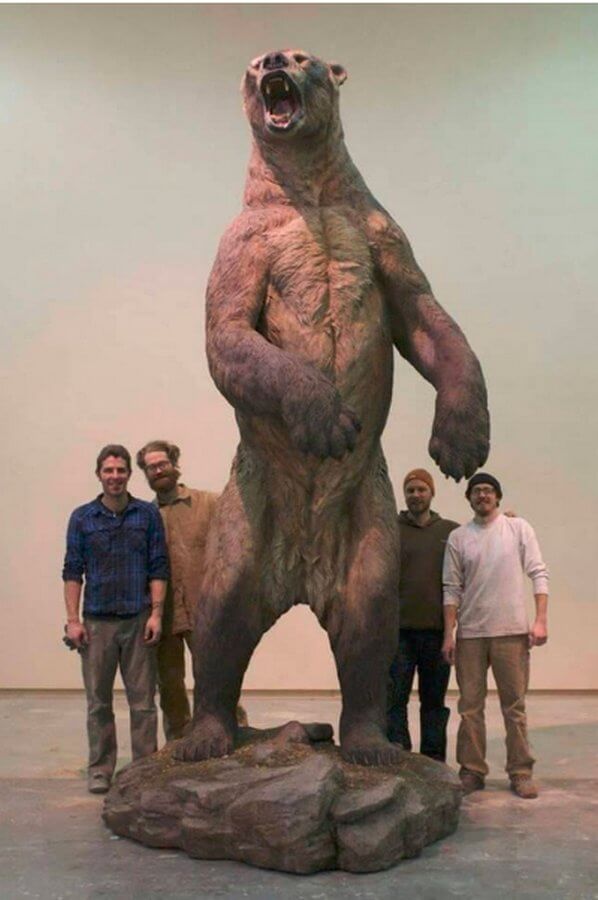 By the way, at one time the first people on the American continent clearly encountered this hairy predator, which posed a serious threat to them. And modern scientists claim that they will be able to revive this extinct species in the medium term. The genome of the short-faced bear is well studied, and computer systems allow us to completely restore its missing parts. The only problem is finding a surrogate mother to carry the bear cub. After all, the closest modern relatives – spectacled bears from South America – are 10 times less than the extinct giants.