How the bear got there is unclear. But the fact is the fact – a 113 kg bear was stuck on a bridge over Lake Tahoe near Truckee, California. A fall from a height of 25 meters would be fatal for the animal, and the situation seemed insoluble, so animal advocates decided that the bear was doomed. 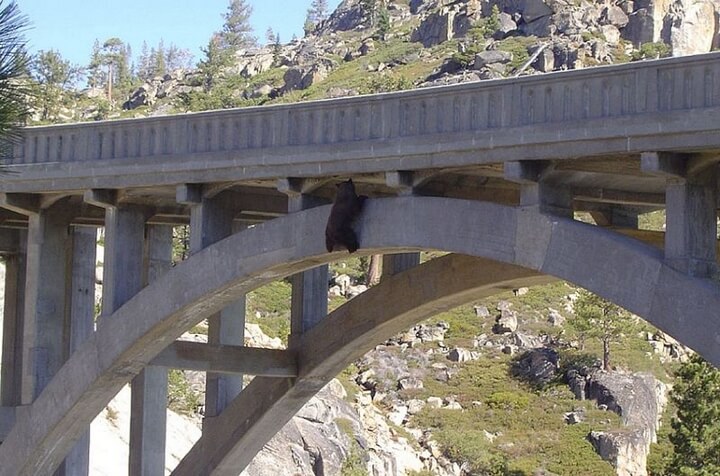 However, returning the next day, the rescuers found that the bear was still in place, so they decided to act. They pulled the net, to be sure they put in a tranquilizer, and the beast fell where it was needed. 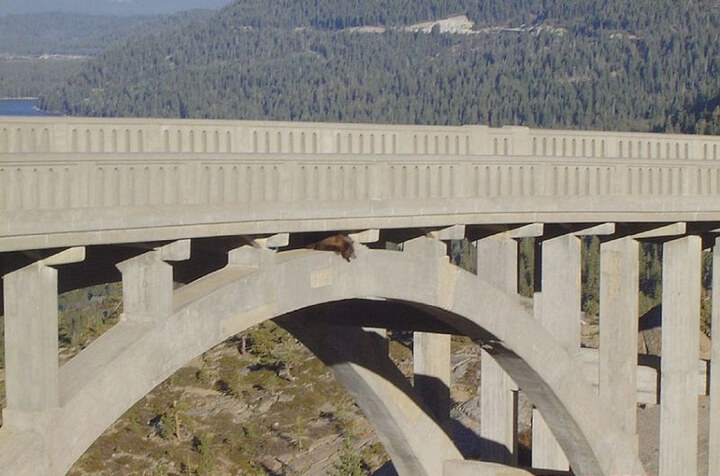 In general, everything ended well, and the adventurer went back to the forest. 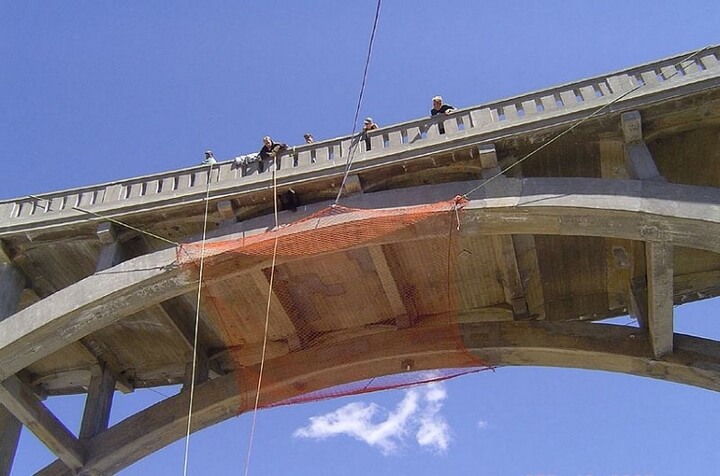 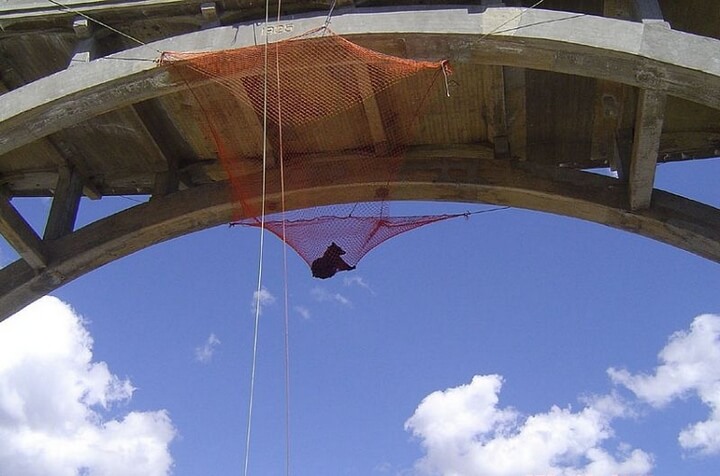 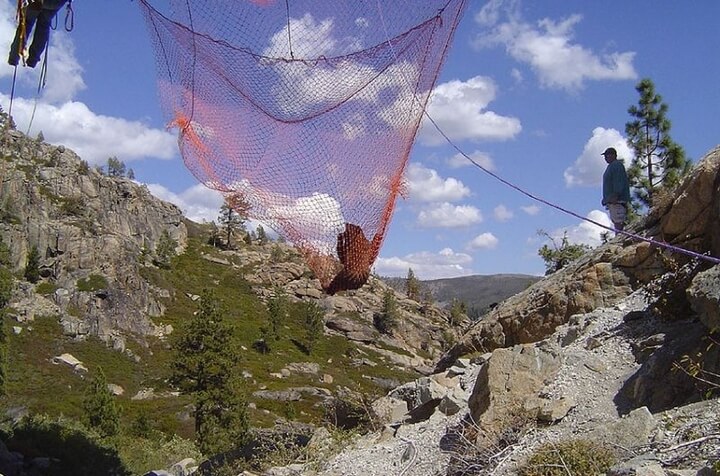 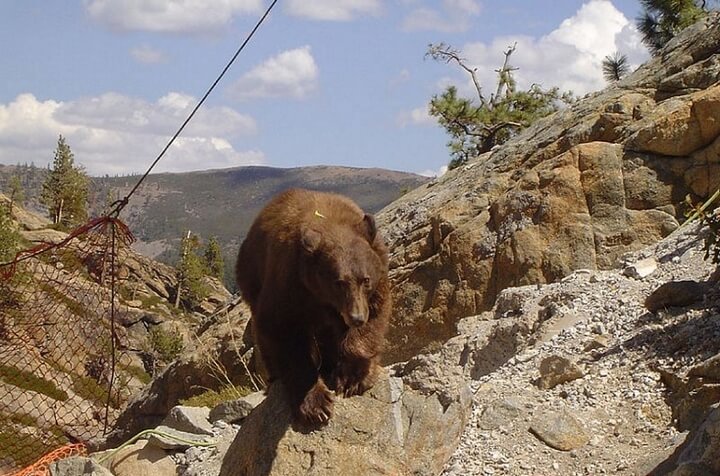