Gidgee Skink- This is a lizard, outwardly somewhat reminiscent of an alligator, only “pocket” sizes. Most of all, the similarity is found in the convex, spiky scales that nature has endowed this reptile. 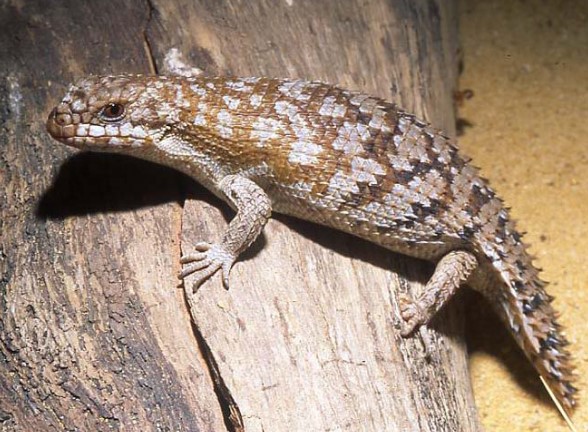 Gidgee Skink males reach a length of 23 cm, females – 22 cm (including tail). It is very difficult to distinguish a male from a female by appearance. 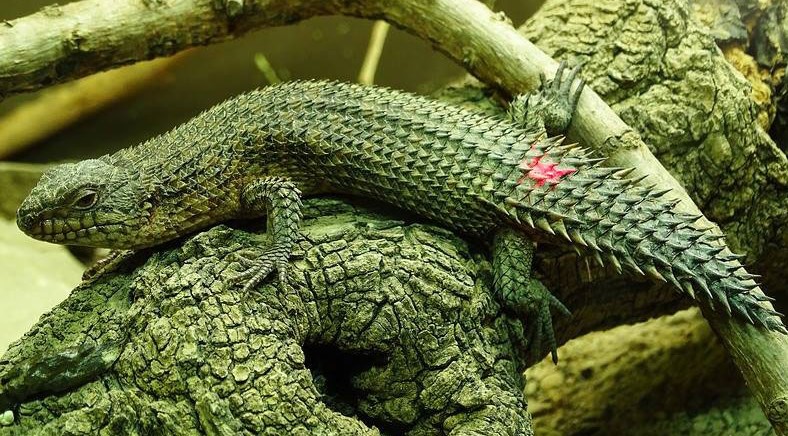 They inhabit rocky areas with narrow cracks in the soil, which are used by lizards as shelters. Given the extreme climate in the habitat, shelter is critical not only as a means of escape from enemies but also for much-needed thermoregulation. Sometimes, voids in the trunks of dead trees and branches are used as shelters. They lead a strictly territorial lifestyle, i.e. all their activity is associated with a certain territory.

The day begins with sunbathing. They lead an exclusively diurnal lifestyle – their natural activity depends on the solar cycle; activity when kept in a terrarium – from the appropriate heating mode.
After a long morning warm-up, the Skink goes in search of food.
Breakfast begins with the vegetation available near the hideout. Digest food during the day. In the evening they go in search of food much further than in the morning. The day ends with the last rays of the sun.

Like other members of the genus Egernia, this species always defecates in a specific location. For them, eating their own feces is a common activity that serves to enrich the gastric flora and enhance the digestive effect. The young in the group eat the feces of the adults.
In case of danger, they immediately rush to the shelter. Once inside, the lizard swells flatten its body, and block its entrance with its spiny tail. This pose makes them virtually inaccessible to enemies intent on pulling out the lizard. They prefer shelters with at least two entrances.
In the event of a fight, the lizards strike with their strong tail. Sometimes fights take place in the hideout. Battles for territory take place not only between males but also unfamiliar females. The fight is preceded by threatening poses – an open mouth, a flattened body, and swaying from side to side. If threats do not work, they bite the enemy’s sides, paws, and tail. 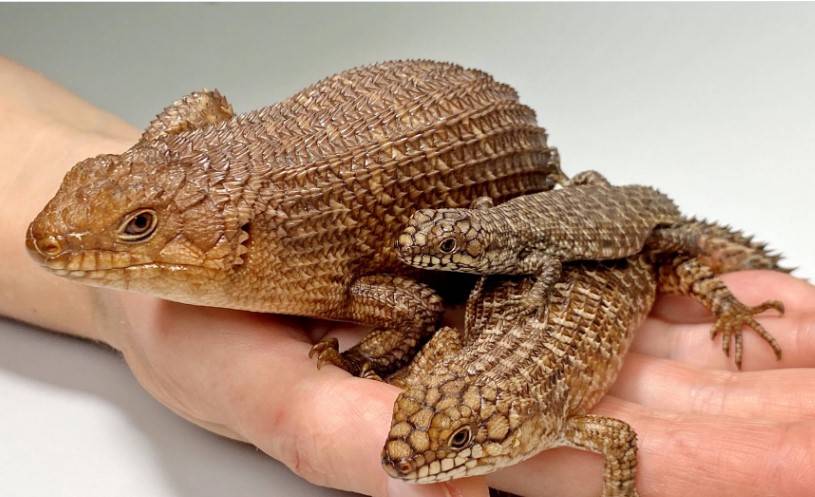 After hibernation, when the day increases in spring and the daytime temperature rises, Skinks begin the mating activity. The male chases the female throughout the enclosure, biting her tail and thighs to stimulate. Also, the male constantly makes attempts to grab the female by the neck. From the outside it may seem that the male is behaving rudely, in fact, this is normal behavior. At the same time, males bite even females ready to mate. Such bites can bleed. Bite marks on the female’s neck are the first evidence of mating.
Young lizards are born 3.5-4 months after successful mating. One female brings 2 to 7 babies. 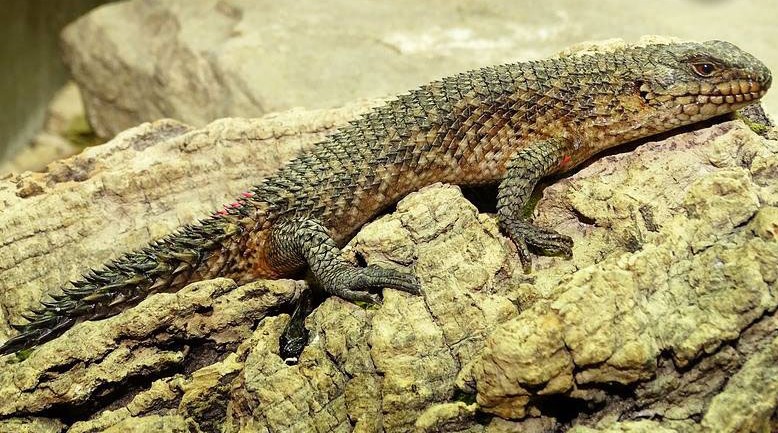 For housing, terrariums 80 x 60 x 100 cm can be used. The lower part and the back wall can be covered with “plaster”, which is used by lizards for climbing. Sand is used as a substrate. Lay several heavy slabs in such a way as to form a system of shelters and galleries with several entrances and exits. The decoration is completed with large driftwood.

General lighting is provided by an 80 W HGL lamp. Heating lamps are located directly above heating spots in different parts of the enclosure. Moreover, in spring and autumn, lamps with a capacity of 25-40 W are used, and in summer – 60 watts. The temperature under the heating lamps is 45 ° C.

Small drinking bowls should always have water available. Ventilation must be done correctly and must be provided by a ventilation system by force – to avoid stagnant air.
In the spring, the terrarium should be lightly sprayed with water, immediately after turning on the heating and lighting – every day for the first week after leaving wintering. Then spraying is done every other day and in the summer – 2-3 times a week.
After spraying, high humidity lasts up to 2 hours.
In winter, the terrarium is kept absolutely dry. This is very important, as excessive humidity during the wintering period causes the development of fungal infections and can be fatal.
It should be remembered that Skinks love to climb and spend a lot of time on the move, so this opportunity should be provided by keeping them in a spacious terrarium equipped with rocks, rough panels, and climbing branches.

The food is insects.

Life expectancy in captivity is up to 25 years.