It is no longer a secret for shepherds that goats “are distinguished by intelligence and ingenuity.” After all, goats are very intelligent animals. It is not for nothing that the goats are put to “lead” the herd of sheep. But besides, goats are animals terribly wayward, these comrades can well keep half of the village in fear, the goat often does not allow anyone to come near him except the mistress, and even that nerves can fray. 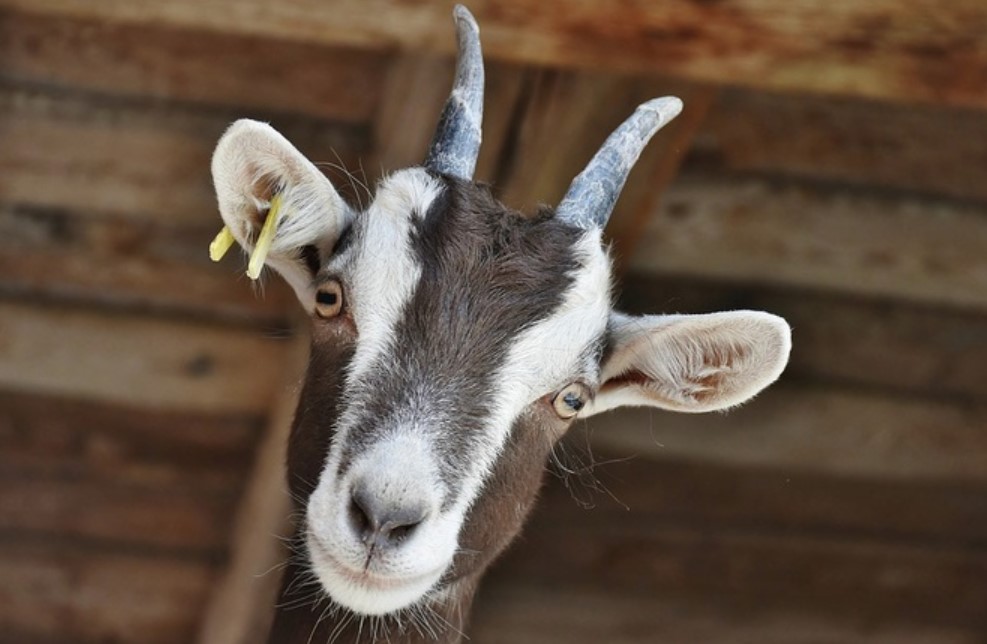 Such a fighting goat was found in the city of Offenburg, a couple of tens of kilometers from Strasbourg. A construction team was heading to one of the apartments to carry out renovations. True, they never managed to get into the apartment. On the threshold, they were met by a bearded guard with long horns and a strong forehead. The workers called the police. By the way, the police did not immediately perceive the need to go to the call, for a long time they thought that this was such a subtle joke. But nevertheless, the German obligation took its toll and the outfit arrived at the place. On the spot, they found an apartment building, on the third floor one of the apartments was tightly occupied by a large goat. The poor animal ate curtains from the windows. The origin of the goat remained unclear, how he managed to get to the third floor and no one could say to get into the apartment. Interestingly, no one announced that the goat was missing either. Maybe the owners weren’t particularly upset?

To retrieve the goat from its positions, a local farmer was hired, who kept the goat until the owner was found.

At the same time, a new fashion for animals appeared in the world, if traditionally houses used to keep dogs, cats, hamsters, now the list began to expand rapidly, and along with famous pets, African hedgehogs, pigs, chinchillas, ferrets began to be kept at home, and nowhere is a new fashion trend emerging in the USA. These are domestic goats.

Pygmy goats (45 cm in height, weight up to 30 kg), which are kept as pets, are taken on a leash for a walk and also receive milk. The prices for goats are different. On average, these are Males for $ 250 and females for $ 500.