Moose are huge colossus, with a body length of up to 3 m, a height at the withers of up to 2.3 m, weighing more than half a ton. Moose are widespread in the northern hemisphere. Moose feed on grassy vegetation, leaves, young shoots, gnaw bark from trees, and do not disdain mushrooms, lichens, mosses. They perfectly extract aquatic and near aquatic vegetation, while they can even hold their breath for a while. Of course, given the size of the animals, they need a lot of food – 15-35 kg per day. 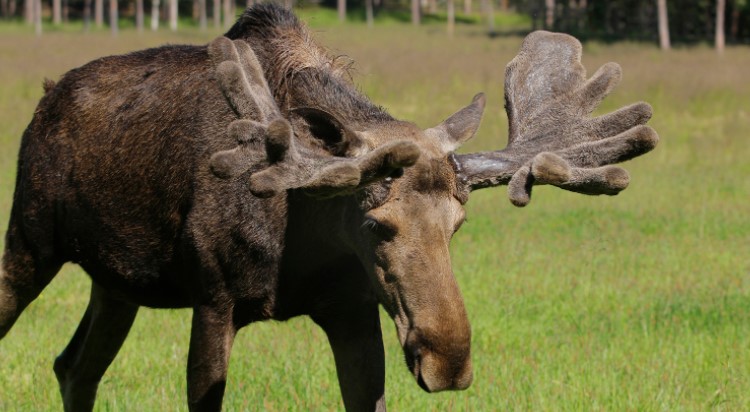 Usually, human contact with moose is rare and harmless. Moose tries to avoid two-legged with rare exceptions: the protection of moose calves, irritating behavior of people.
But the Scandinavian moose are the most severe. A terrible meeting of “titans” – moose and gamer – has already been reported. The meeting in Sweden ended more tragically.
It was winter. The moose found a little something to eat, and he got apples as a snack. True, the apples were fermented. And they had a completely predictable effect – the moose got drunk. Here, as it turned out, moose are quite close to people in the same state, as well as representatives of Homo, even to some extent, sapiens – some fall into a melancholy-philosophical state, while others become unmotivatedly aggressive. Our copy belonged to the second type. He wandered into a garden on the outskirts of a city in central Sweden, attacked a boy who was playing there, tampered with the horns, and threw the child (injuring his neck). As a result, the police had to shoot the drunk animal.