It is difficult to find someone who has never heard of the Guppi fish (Poecilia reticulata). It is one of the most common and popular aquarium fish around the world. For the vast majority of hobbyists, Guppi has become the first fish to keep, and the experience of caring for it has become a pass to the big world of the aquarium hobby. 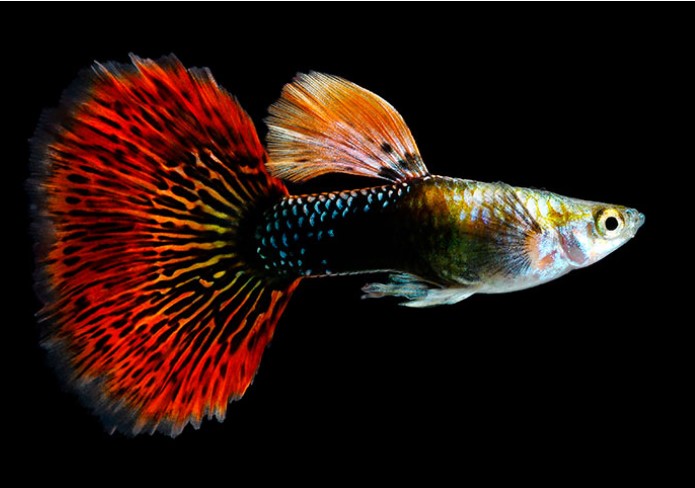 A characteristic feature of Guppi is egg production. Unlike most other fish, fertilization of eggs and their development takes place not in the external environment, but in the body of the female. As a result, an already formed fry is born. This increases the fry’s chances of survival.

The first fish to be in space were also the Guppi. They not only successfully adapted to life in zero gravity onboard the Salyut-5 orbital station but also managed to give birth to offspring. Genetic scientists use them to study the transmission of hereditary traits.

Also, Guppi fish have done a great service to the world community. The fact is that these fish happily eat the larvae of anopheles mosquitoes, and to combat these parasites, guppies were settled in the water bodies of many countries. 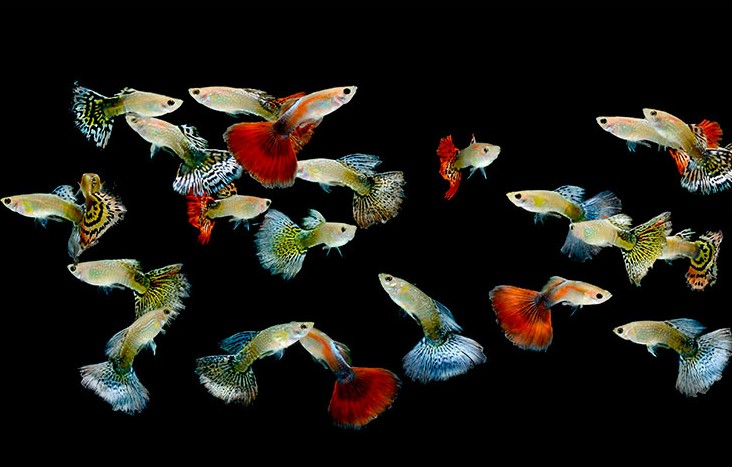 Guppi is a small fish from the Peciliaceae family. The average body size in the male is 3 cm, in the female – 6 cm. The scales are in the form of a rhombic mesh, for which the fish received the characteristic from the Latin “reticulum” – mesh.

As for color, natural fish cannot boast of a bright outfit: a gray body and small (albeit absolutely unique in location) spots on a rounded tail fin. This allows you to effectively hide from enemies among dense thickets. A completely different matter is breeding forms, which have been bred by amateurs and professionals around the world for a long time. Several stable groups of fish are distinguished, depending on the shape of the caudal fin and body color. Guppi can be monochromatic, blotchy, metallic, etc. It is impossible to list all the Guppi colors and shapes that can be found on sale.

Care and Maintenance of Guppi 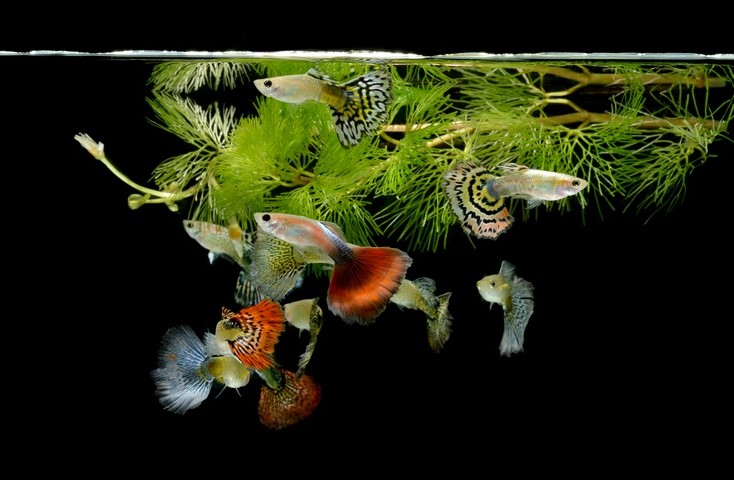 Due to the high endurance of the Guppi, it is generally believed that creating good conditions for the fish does not really matter. But this approach is fundamentally wrong. Guppi, like any other fish, requires compliance with certain rules when keeping. Only in this case the pet will live a long life, will not be susceptible to diseases, will remain active, and will not lose its excellent shape.

Guppi is best kept in small groups of 6 or more. In an aquarium, they swim in all layers of water. The fish must be selected so that there are 2-3 females per male – in this case, the females will be less attacked by the males ready for spawning. For a flock of 6-10 pieces, you need an aquarium from 50 liters. Any soil is suitable, the main thing is that it has no sharp edges and preferably a dark shade, with it the fish look more spectacular. The same requirement applies to decorations. This is to prevent males from damaging their plush tails. It is advisable to set the lighting bright: with it, Guppi looks better and acquires a richer color. It is best to cover the aquarium with a lid because the fish can quite easily jump out of the water and land on the floor.

Guppi thrive in clean, oxygenated water, the main thing is that the filter flow is not very strong: it is difficult for small fish to resist the strong flow of water. The optimum temperature for keeping this tropical fish is 24-26 ° C, although Guppi can exist in the range from 18 to 30 ° C. The lifetime strongly depends on the temperature. The higher the indicator, the faster the metabolism goes, the reproduction process becomes more frequent, but the life span is reduced. If the fish is in the lower limit of temperature, then its metabolism slows down, the reproductive function is suspended.

Water with a hardness of 10-25 ° dGH and an acidity of 7-8.5 is suitable for the Guppi content. However, water parameters are not an axiom. If the changes were not too abrupt, then Guppi easily adapts to almost any conditions in a short time. To maintain well-being, weekly aquarium water changes (25-30%) are required. 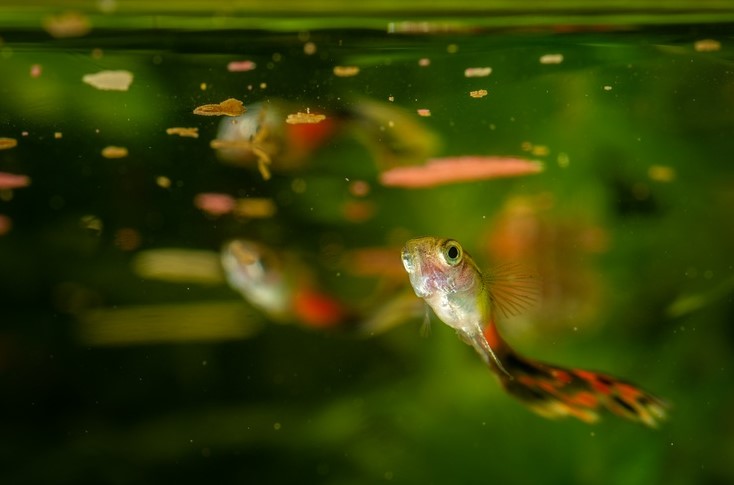 The general rules for feeding any type of fish, including Guppi, are as follows: 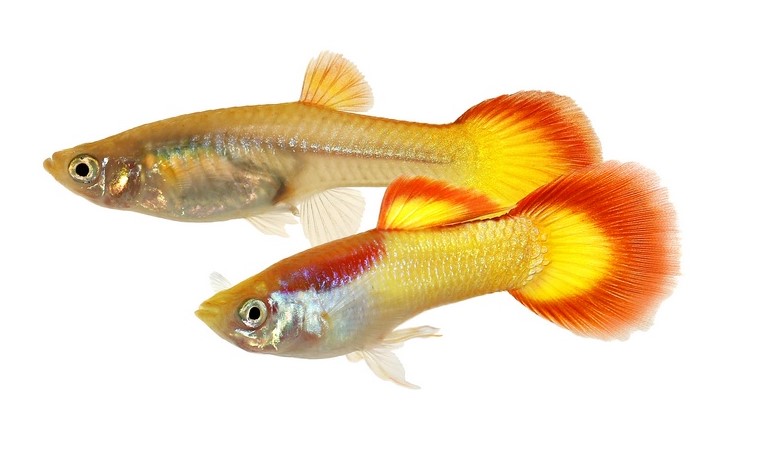 Breeding Guppi is not particularly difficult. They themselves are able to reproduce perfectly even in a common aquarium all year round, but in order to obtain maximum offspring, it is better to arrange separate spawning grounds. Pronounced sexual dimorphism allows you to easily select a pair. Guppi reaches sexual maturity at the age of 3-5 months.