On one of the California beaches in the past week, for the second time, a Giant Oarfish, or herring king, is thrown ashore. This fish is considered quite rare, and its length reaches more than four meters.

Scientists have not yet been able to find an explanation for why the two huge fish ended up in shallow water near the San Andreas Fault. 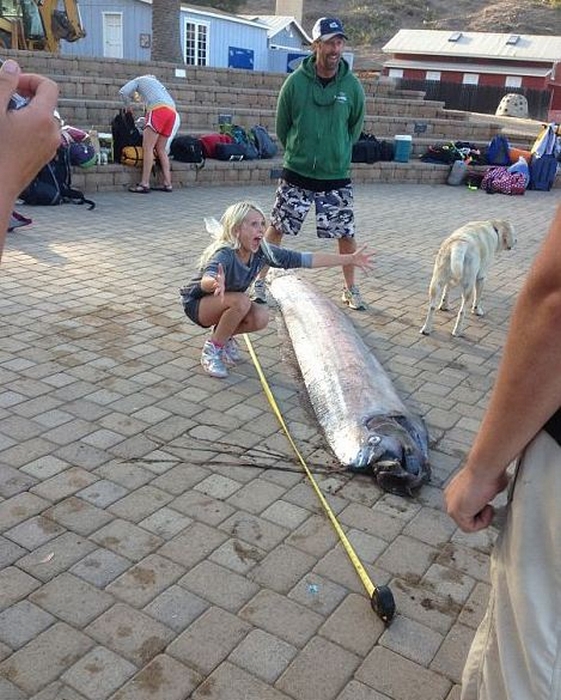 It is noteworthy that the herring king is the prototype of one of the ancient legends about the sea serpent. Also, this fish is known as a character in one ancient Japanese myth, symbolizing an impending earthquake. The herring king, as the longest record holder among the existing bony fish species, is listed in the Guinness Book of Records.