The Highland Pony is one of the strongest and heaviest British ponies. Comes from the northern part of Scotland and the islands off the west coast. Having adapted to the harsh climate, an unusually stubborn and hardened pony arose with immense endurance and excellent health. 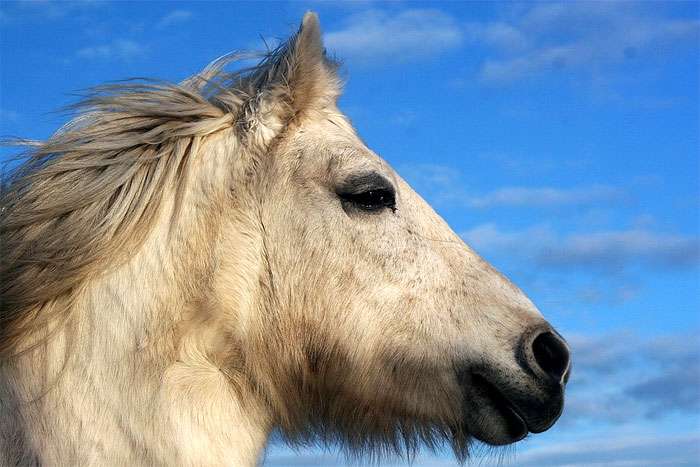 There is speculation that ponies in the area existed many thousands of years ago. Outwardly, it resembles a Przewalski horse, although as a breed it was strongly influenced by other breeds, and its appearance has changed somewhat over time.

The modern Highland pony is distinguished by a confident step and endurance, it arose as a result of various crosses, first of all, the Arab and the Clydesdale horse. In the 16th century, it was influenced by the French and Spanish ponies, and in the 19th century, the blood of horses such as Hackney, Fella, and Dales ponies was added.

The Highland Pony was loved by both peasants and members of the royal family. Queen Victoria I owned a large herd of these ponies after 1850. In the 1880s, the UK Department of Agriculture established a stud farm with the best stallions and the breed received a standard.

Until recently, the breed was divided into two types: heavier, originally from Scotland, reaching 144 cm at the withers; and the lighter ones are an island. Despite the fact that the Highland Pony Society, founded in 1923, does not recognize this division, it still exists today.

Highland is a strong and hardworking pony with a powerful build, able to work all year round. In the past, he carried warriors on him, helped herd sheep and worked in harness, pulled cut trees, lifted hunters high into the mountains, and brought the killed game weighing up to 100 kg down to the valley. It was also used for transportation by merchants, doctors, and landowners.

The modern highland is the perfect family pony. He is very cute and calm, children adore him, so he is successfully used in riding schools. It is not very fast, but safe, and is popular with long-distance riders. Highland ponies are also involved in equestrian sports, primarily in harness and dressage.

The height at the withers is from 132 to 147 cm. All colors are acceptable, except for piebald. Apart from a small star, white markings on the head and legs are not allowed. There is a black “strap” on the back and dark stripes (“zebra”) on the legs and shoulders. 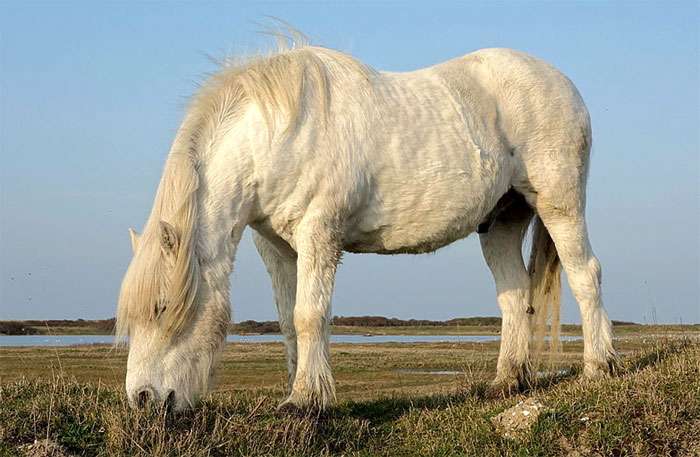 There are about 5,500 Highland ponies in the world today, most of which live in Europe.