Around 1850, English tea planters living in Calcutta became familiar with polo, which has been popular in Asia for over 2,000 years and became its fans. “Polo” comes from the Tibetan word pulu, which means a kind of ball covered with yak hair. It came to India from the Tatars along with the ancestors of the Manipurian pony, which has been used in this game for centuries. 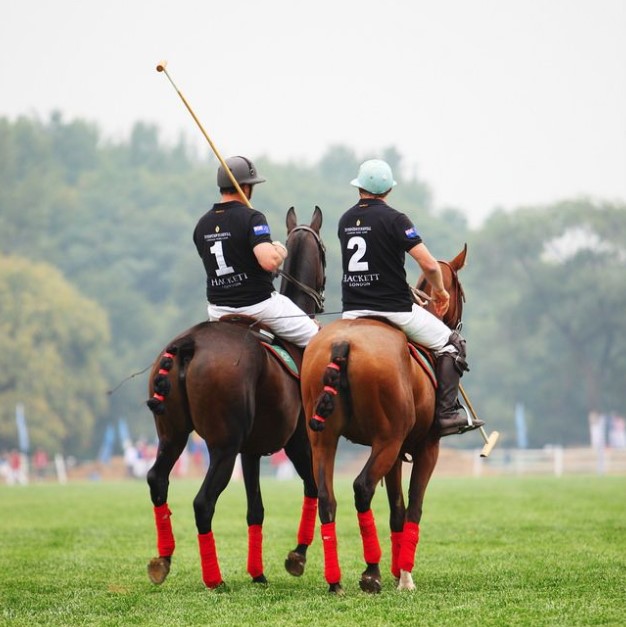 Until now, in Manipur, the federal state of India between Assam and Burman, these Mongol-type ponies or ponies are the heroes of the games. In Turkmenistan, ponies of Turkmen origin are used, in Africa – Basuto, in Arab states – Arab. The first rules of the modern game were established by the Silchar Club, founded in 1859 in Dispur, Assam (India), the oldest polo club in the world. When the game came to the west with the help of the British, attempts immediately began to breed a special pony: in 1893 the National Pony Society was founded, which was supposed to support the selection of polo horses.

Dartmoor, New Forest, and Connemara were crossed with small thoroughbred horses. Then the rules of the game were modified by the Hurlingham Polo Club, and in 1899 the Anglo-Saxons set a maximum height limit for polo ponies – 1.47 m.In 1916, the Americans abolished this rule, mainly to use ponies bred in Argentina, about 1.55 m, which had excellent polo qualities and was sold at a much lower price.

In Argentina, polo was introduced in 1877 by British colonists and gained such popularity that for fifty years the country was ranked first in the sport. The Criollo, a typical South American horse with ancient Spanish roots, has been crossed with a thoroughbred horse. This is how the type of pony appeared, possessing all the qualities for playing polo: speed, obedient character, intuition, endurance, maneuverability.

The horses specially designed for equestrian polo stand out for their playfulness and agility. They are native to Argentina, but they still cannot be recognized as a separate breed. Previously, these horses were much lower in height. And for this very reason, they were nicknamed “ponies”.

Today, representatives of this breed are more similar in appearance to horses than to ordinary ponies. Quite recently, these horses were mixed with English blood, after which they became significantly faster, their motor coordination improved, and these animals are also distinguished by a stable psyche and a smooth transition from one gait to another gait. It should be noted that polo-ponies cut their mane, wrapping their tails, using special harnesses. And this is both a necessity and a tradition at the same time.

A born animal of this breed does not play at all under the rider, but with him. The concept of “pony goal” exists directly within the framework of the rules of equestrian polo. This means that the horse’s hoof can easily drive the ball straight into the goal. This goal, of course, is scored normally, and it always causes a continuous storm of delight among fans and spectators. When breeding this breed, many interesting horse breeds were used.

Polo ponies must have the strictest conformation. They have a short body, a long neck, and a well-developed croup and chest. Animals of this breed start with their own training when they are exactly three years old. And by the age of five or six, the preparatory training of these horses finishes. After that, the ponies are already transferred to the club or to an individual player. However, even after three years of training has been completed, the horse is still not considered a well-prepared animal for competition.

Gradually, the polo pony breed begins to be taught to harness, then to belts, and only at the end, to a saddle for a horse, however, training starts from a very young age. One of the most experienced mares is already being assigned to the little foal. Then they begin to be led around the corral, and the foal seeks to copy the movements of the mare assigned to it. So he receives special training from her. 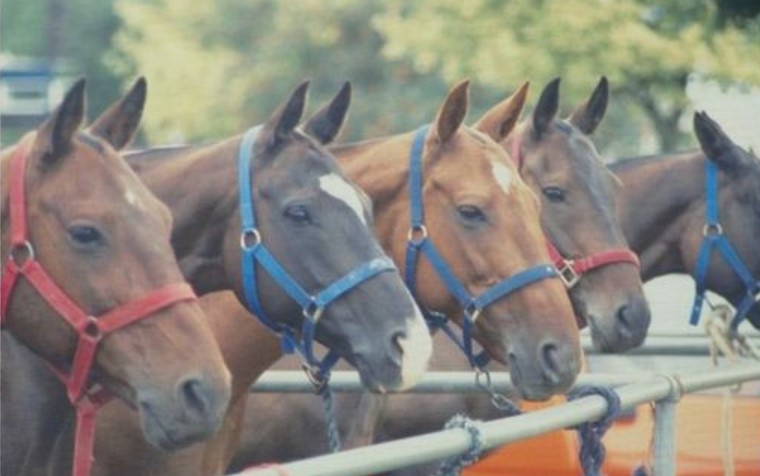 And in a strong crush during the game, the horse can be very scared of the moment that in a simultaneous way, several animals will press it from all sides at once. So that this could not happen, there is a special, special technique in the learning process. A person, using special straps, ties several horses to each other, trying to hold them side by side. The animals are then forced to make sharp turns.

Thus, polo ponies learn the workflow in a continuous crush. Horses end their own career at exactly twenty years. But they continue to work, teaching beginners to ride, or in hippotherapy. Such horses live twenty-five years.