A cruel way to prove your superiority. Llamas are strange-looking ruminants that can often be seen in zoos. As you know, angry llamas spit, and these animals also have fantastically sharp teeth: males use them to bite off the testicles of other males. 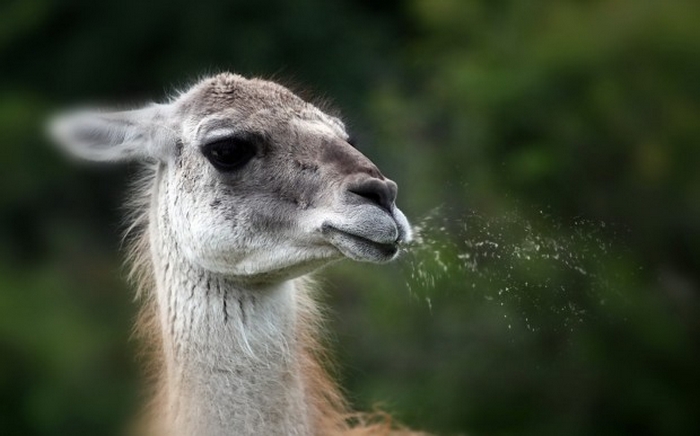 Nature provides for many ways of survival of the fittest individuals within one species, but the way of intraspecific competition among llamas can seem especially cruel. Some breeders deliberately do not settle two males in the same enclosure, because the animals do not get along with each other. Fights between two male lamas are extremely cruel – often both opponents have several broken bones.

By the time llamas reach puberty, they have six teeth – two in the top row, four in the bottom. These are terrible fangs that any wolf would be proud of: fighting teeth are used to rip off the enemy. In especially spectacular battles, both llamas can have their ears and sides torn, leaving deep bleeding wounds.

But the most cherished goal of any male llama is the testicles of a rival: in order to secure the title of the only male capable of breeding in the herd, llamas castrate each other. For this reason, many breeders remove their fighting teeth. 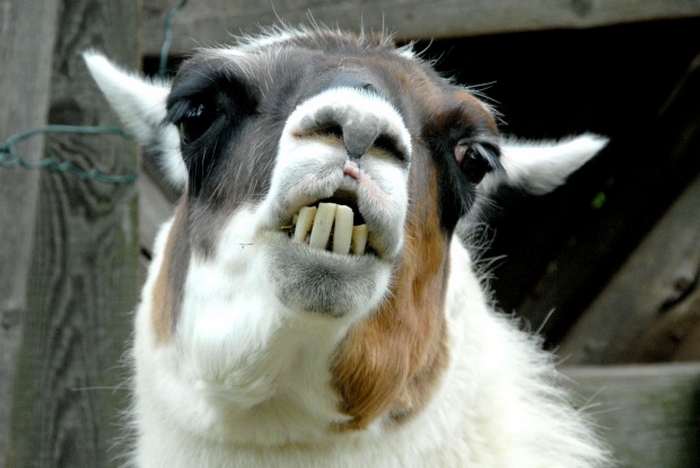 But even castrated llamas with intact teeth can be extremely dangerous: there are cases when they attacked people, sometimes they killed them. In the American West, llamas are often used to guard flocks of sheep from predators such as coyotes. Llamas are, oddly enough, very social creatures, they take sheep for their own offspring. If the predator comes close, the llama will be on the alert.