Do you think that a crocodile is a merciless murder weapon? It is not a sin to tell one of the warmest and most touching stories of the relationship between man and wildlife – the friendship between a Costa Rican and a five-meter crocodile. 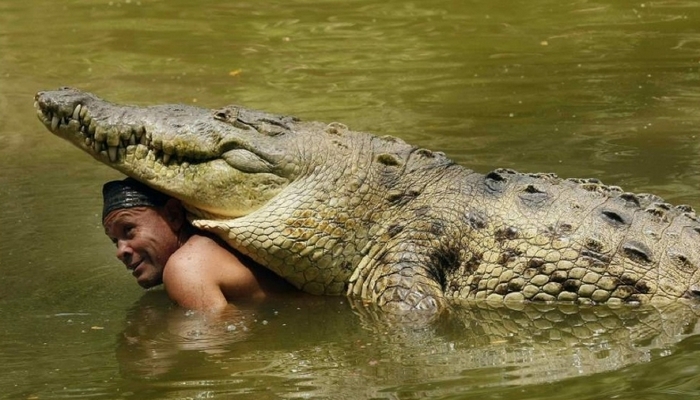 Like many other real or fictional human-animal friendship stories, this story begins with salvation. A young and then still unnamed crocodile was shot by an unknown shepherd, after which an ordinary Costa Rican fisherman named Gilberto Shedon, who was on the verge of life and death, was dragged ashore and hid in a barn. Initially, the intentions of the thirty-four-year-old man were not at all altruistic: he was going to remove the precious skin from the crocodile after he dies from his injuries. 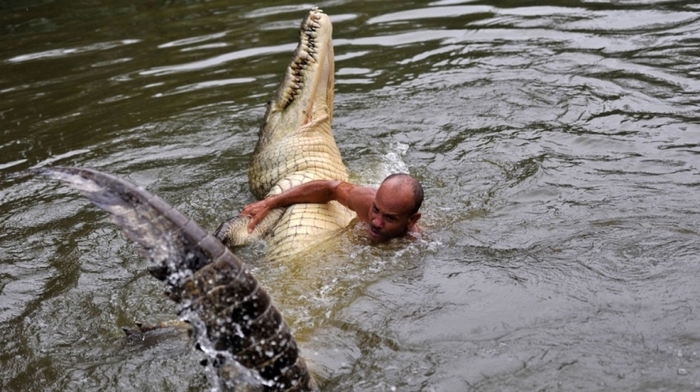 But the crocodile fought desperately for life, stubbornly refusing to leave for another world. Pity for the poor creature leaped up in the fisherman, and he gradually began to nurture the crocodile, feed him a chicken, hiding him from his family. The cognitive abilities of a prehistoric reptile and an ideal murder weapon in combination are generally considered, to put it mildly, low. Not to mention the emotional ones. But, leaving the crocodile, Gilberto, nicknamed Chito, began without any fear to swim with a monstrous toothy creature in the local river. Moreover, someone else could approach the reptile at a more or less close distance only under the supervision of the owner, when he was between the stranger and his pet.

Today, to see a trainer fearlessly thrusting his head into the jaws of a crocodile is as easy as shelling pears in any tropical country. But in these cases, a cunning trick is played out in front of the audience: before the performance, the crocodiles are fed to the bone, and in the aviary, they maintain a low temperature at which the reptile is in suspended animation and, in principle, is not capable of any active actions. At the joint performances of Chito and the five-meter predator, nicknamed Pocho, everything was different. This is the only case when a person managed to tame a crocodile, to enter into some special, almost mystical, trusting relationship with him.

Chito and Pocho’s amazing relationship allowed them to perform naturally. Performances have simply become a necessity for them. Firstly, they made it possible to feed such a voracious pet as a crocodile, and secondly, it was on such conditions that the Costa Rican authorities allowed Gilberto to keep the predator and even provided the services of a veterinarian. But, of course, the friendship between man and animal went much deeper than the superficial and, perhaps, somewhat vulgar spectacle of their joint swims for the audience.

The past tense is used for a reason in the article – two years ago, Pocho died of natural causes at the age of 55. But the story of his friendship with a man nicknamed Chito is still alive. And these are not just nice words. Tourists, touched by this amazing story of a unique and one-of-a-kind relationship, still come to Costa Rica to find Gilberto’s house in Parismina and listen for hours from Chito’s lips about an incredible friendship lasting two decades.