Australian rescuers rescued a stranded humpback whale calf two days after it ran aground on the popular Gold Coast Beach. The crowd of onlookers greeted the event with joy. 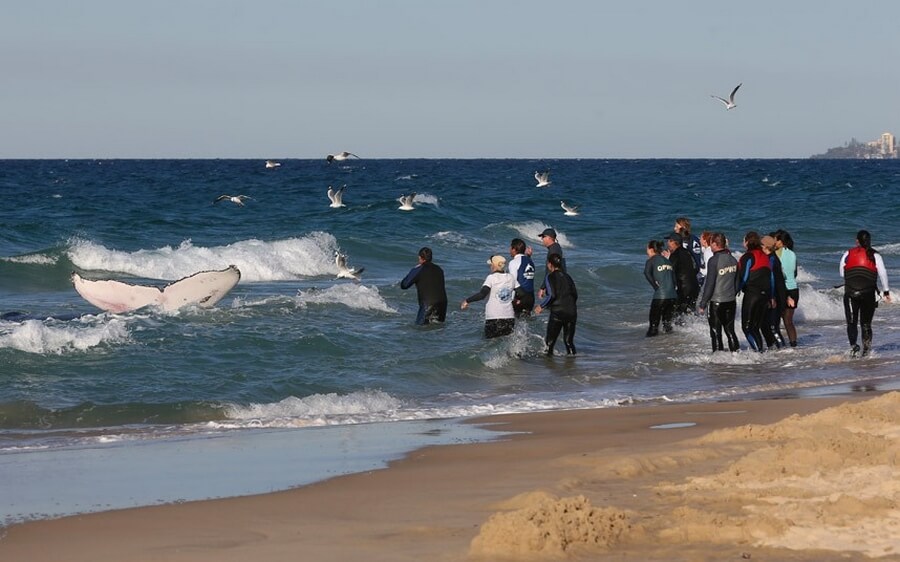 The humpback whale, believed to be two years old, was successfully placed in a specially designed harness, hooked onto a boat, and towed to depth. 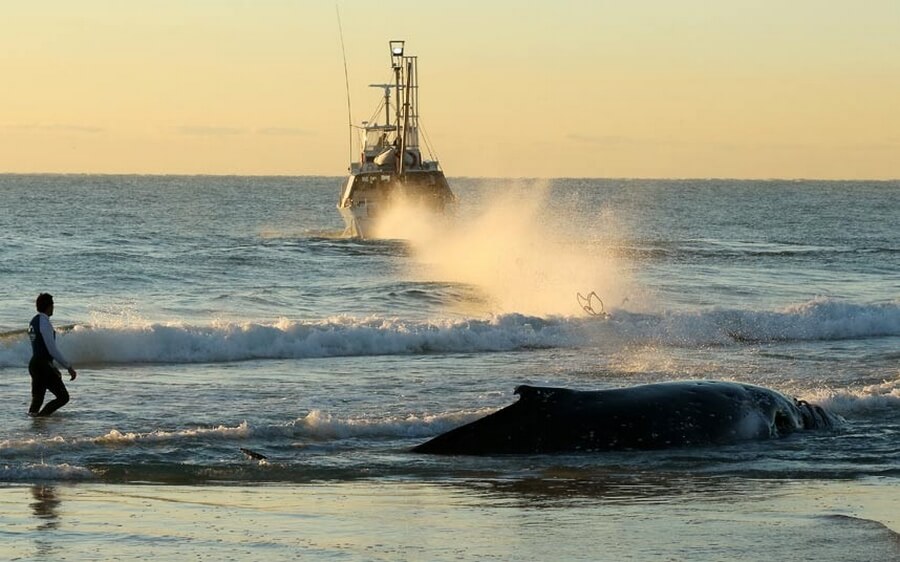 It was the fifth attempt to rescue a whale since it was thrown onto Palm Beach in Queensland. Previous attempts were unsuccessful for various reasons: a taut rope broke, a whale got stuck on a sandbank near the coast. 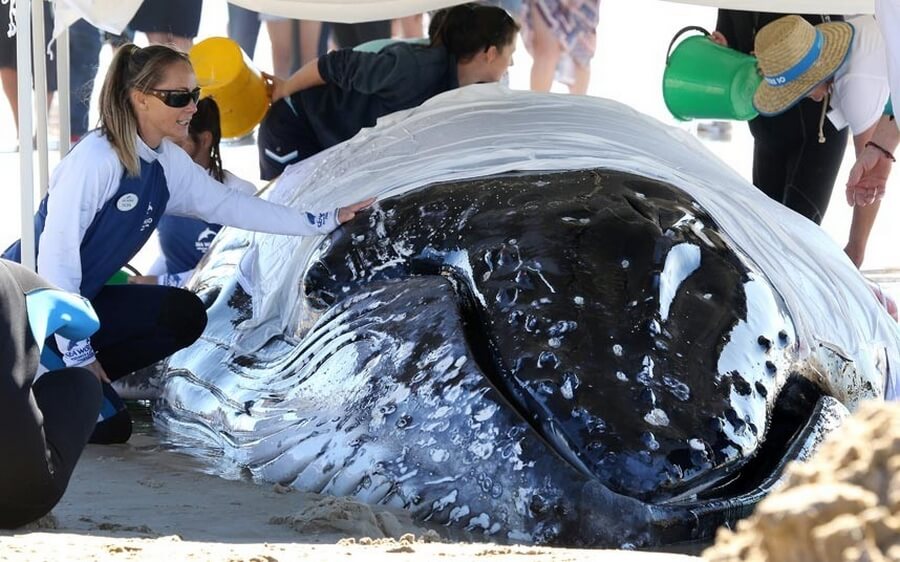 “Time was working against us, we were working against conditions,” says Australian Broadcasting Corporation Tasha Mulligan, head of the Sea World Marine Park in Queensland. “It was a great opportunity for the whale to sail away as we were able to help him. However, it was far from the water, and we were careful with optimistic forecasts. ” 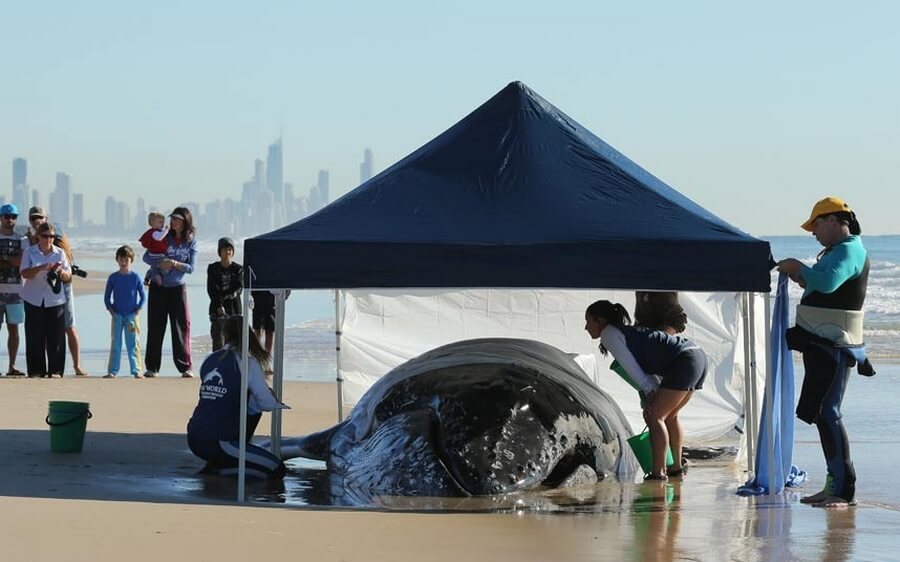 Rescuers erected a tent to keep the whale in the shade during the day, while at night it was looked after by Sea World staff and Queensland’s Department of the Environment and Heritage. 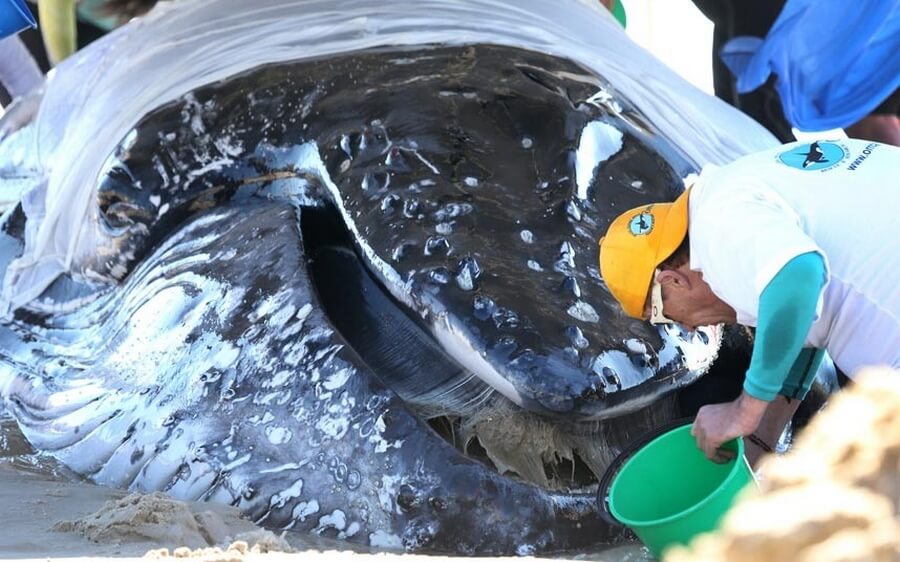 Mulligan said that the whale will lose strength if it is out of the water for several hours. “It was a real challenge,” she said, adding that the animal is now at sea and rescuers are watching it throughout the day. 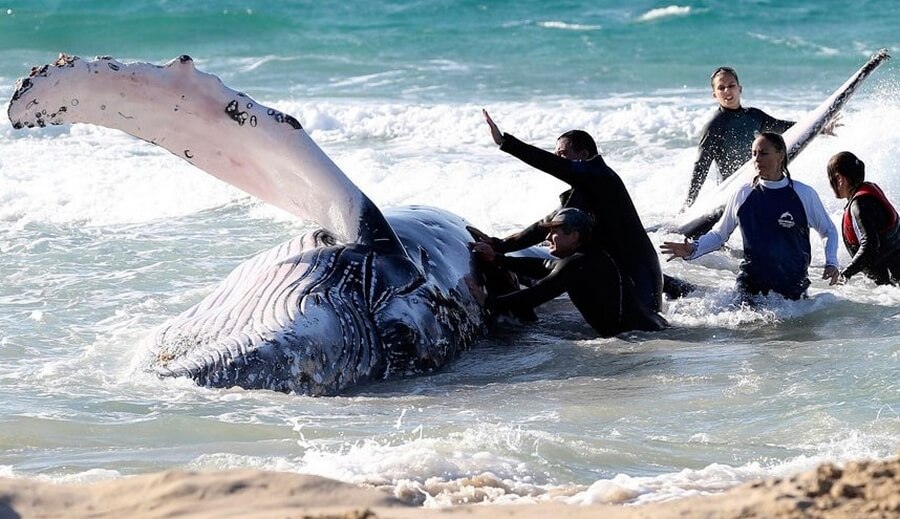 Whale washing ashore is fairly common in Australia, but scientists don’t know why. 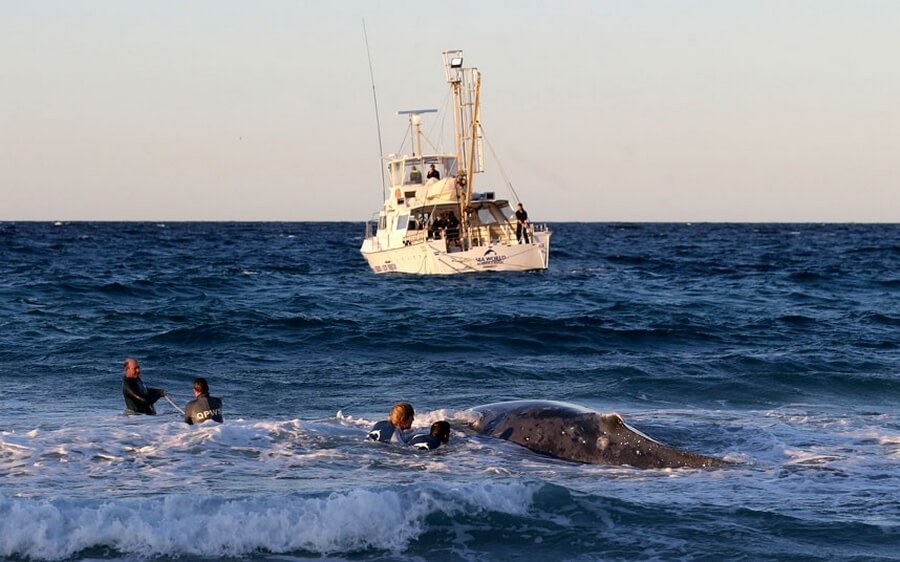 Marine rescuers from Sea World try to help a young whale stranded off Palm Beach on the Gold Coast, Queensland. 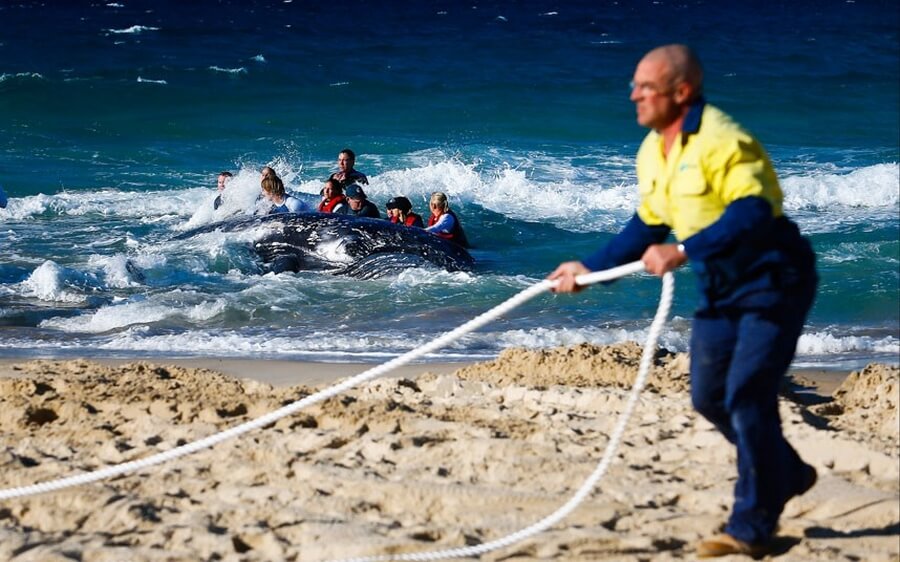 A worker prepares a rope while the rest of Sea World employees attempt to flip a humpback whale, Gold Coast, Queensland. 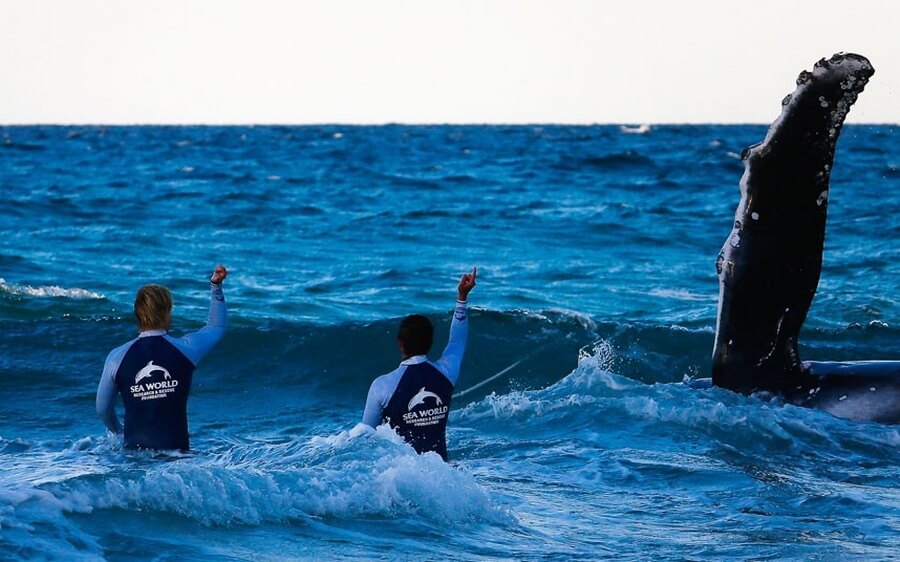 Humpback whales are now migrating annually from Antarctica to the warmer waters of Queensland. Here the whales give birth to cubs and mate. 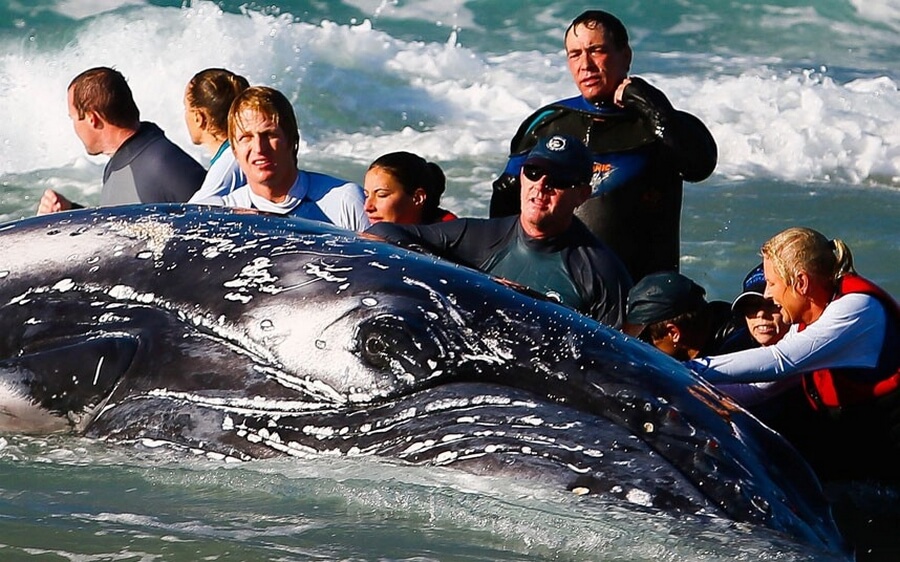 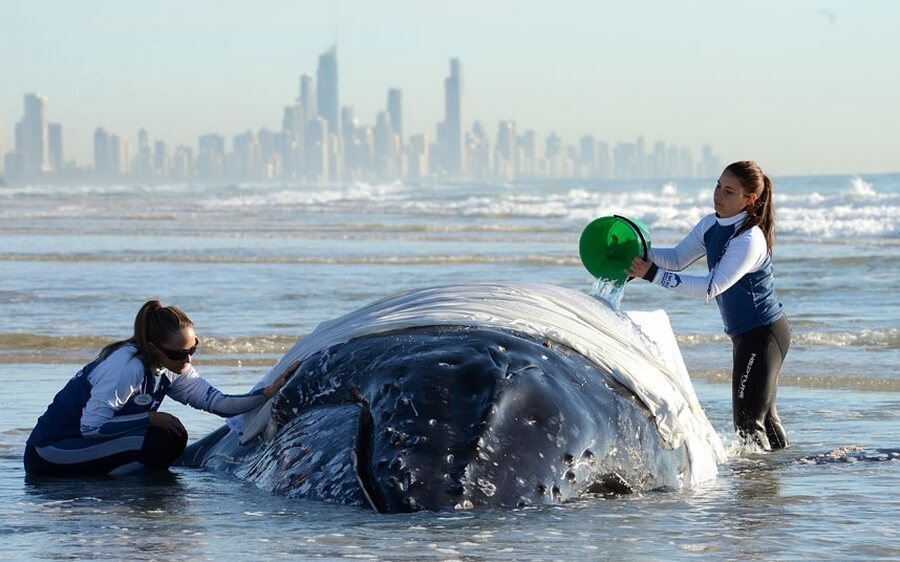 Sea World employees care for a baby humpback whale that has washed ashore in Palm Beach. 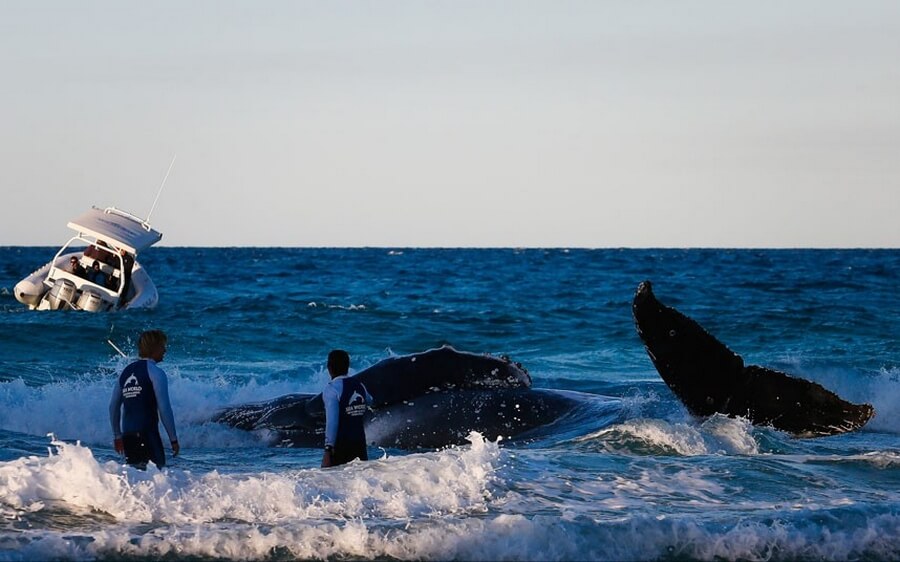 A marine rescuer from Sea World carries a special harness used to rescue whales that have stranded on the coastal strip. 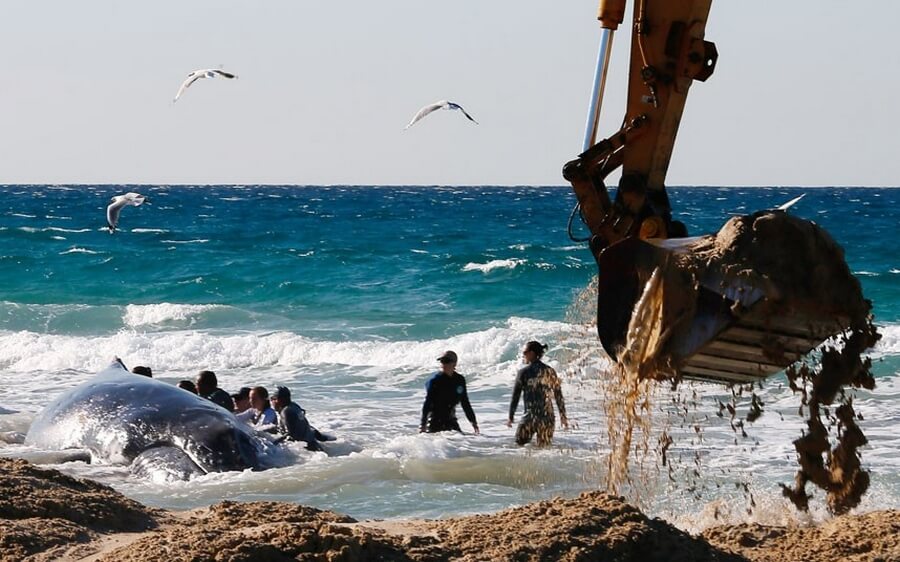 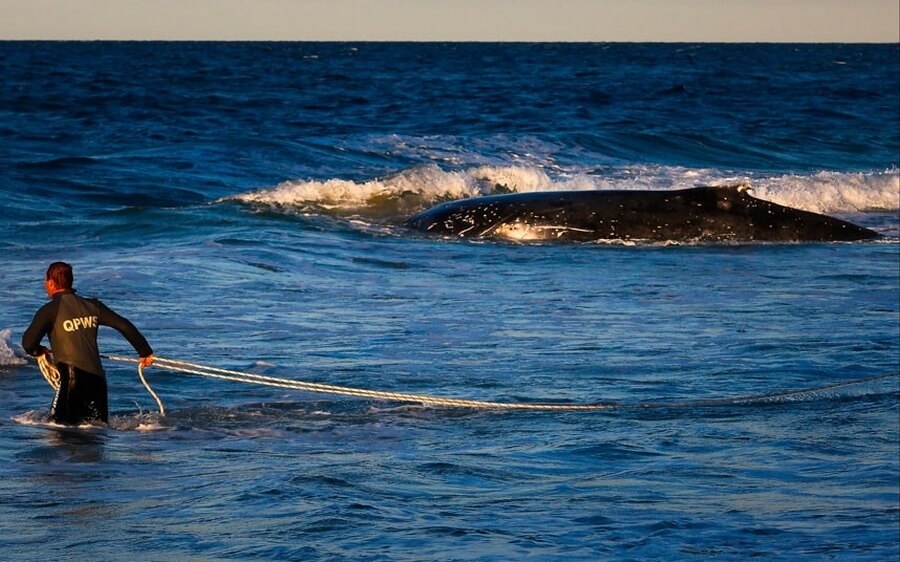 A park ranger pulls a towline to connect it to a whale harness onshore, Palm Beach, Gold Coast, Queensland. 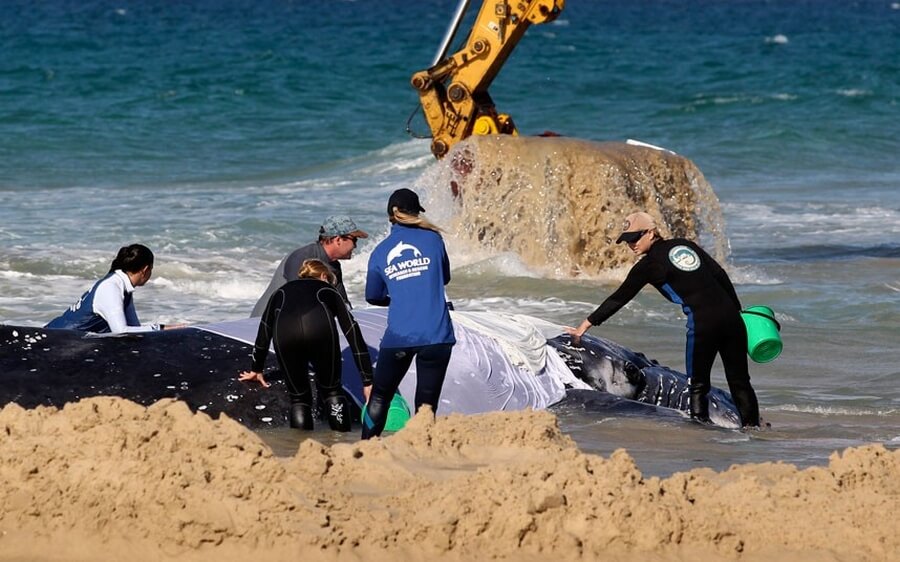