This type of hunting is closer, rather, to a sport with very specific trophies. Varminting originated in the USA in the 30s. From a very mundane applied problem. Farmers’ fields were stopped by small pests. They were mainly prairie dogs – animals that live in large colonies in branched burrows. Rodents have a rather complex social structure, a system of sentries, and it is not easy to take them by surprise. 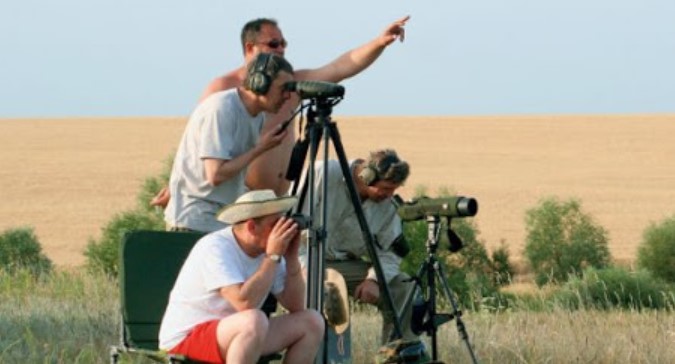 At the same time, they did not represent any commercial value for farmers. So it was necessary to use a rifled weapon to hit a target at long distances without caring about the quality of the trophy obtained.

Later, the utilitarian component of this type of hunting died out and varminting turned into a type of sport hunting. Characteristically, this “fun” quickly spread throughout the world – they hunted coyotes, foxes, hamsters and gophers, and even donkeys and camels.

In Europe, this sport was considered “somewhat wild”, but on the territory of the CIS it came in handy.

Here, however, the only suitable object was the marmot, and varminting began to be understood as an organized hunt for it from long distances with certain rules. The criterion is the distance of the shot and its accuracy, while the wounded are not counted, only a hit in the head will be effective,

It should be noted that the marmot is a natural inhabitant of the lowland cereal-forb steppes. In the case of plowing the steppe, marmots soon leave for the nearest virgin land or, in extreme cases, on the unplowed slopes of ravines, gullies, river valleys, borders, pastures, and even on the side of country roads. Marmots live in large perennial colonies, arranging burrows for housing of various purposes and complexity. Protective (temporary) burrows – small, short, with one entrance, without a nesting chamber; in them, marmots hide from danger, occasionally spend the night.