Unlike most other breeds, Mudi dogs are spontaneous and not the result of deliberate breeding. The history of the origin of the Mudi breed began more than 100 years ago, as a result of the spontaneous crossing of various breeds of herding dogs. 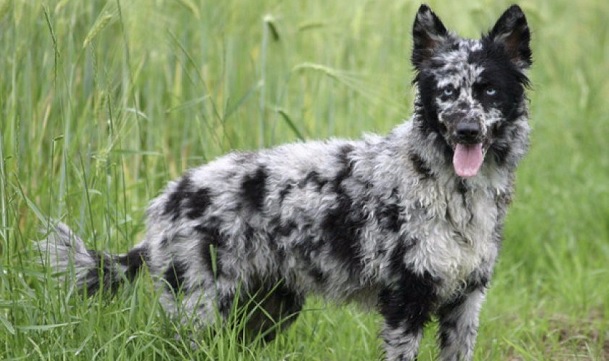 Development as a breed falls on the 18-19th century. There is an opinion that in those days there was no other opportunity to deliver animals between European countries, except for a foot ferry. Shepherd dogs of different breeds helped to drive the cattle, which did not allow animals, in particular sheep and cows, to scatter. But there was no special control over the dogs from the side of man, they freely interbred with each other, as a result, dogs similar to Mudi were born. Dogs are thought to have evolved primarily from a cross between a Puli dog and a Pumi dog, but some believe it is from a cross between a Puli dog and a German Spitz. It is impossible to say exactly which types of blood are mixed, and it is impossible to check too, but there are some similarities between the Mudi and its alleged ancestors, for example, ears like a Spitz, the hair is as short and curly as that of a Pumi dog.

The breed is considered one of the most ancient Hungarian shepherd dogs. Despite the fact that mentions of the Mudi were already in the literature, art, and the works of journalists in the 18-19 centuries, attention was paid to the breed only in the first half of the 20th century. Dr. Dezső Fényes started breeding Mudi in 1930, he also gave the name to the breed. Why exactly “Moody” is unknown, the Latin name sounds like “Canis ovilis Fényesi”, given in honor of the discoverer. The first description of the breed and the approval of the name took place in 1936. 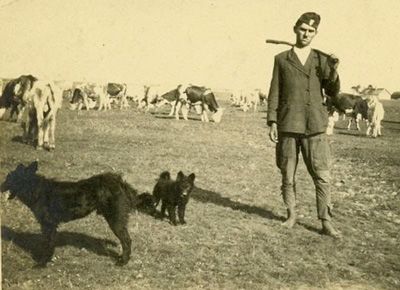 Over the years, the breed has been on the verge of extinction more than once, including during the Second World War. Fortunately, fans of the breed did not allow this.

In 1963, the Mudi dogs were separated into a separate breed and adopted the first FCI standard. Initially, Mudi dogs were registered with Pumi dogs, but with the adoption of the standard, they received their own studbook. And although very few people were involved in breeding, the breed was preserved, even if it did not become widespread outside Hungary, there are fans of the breed all over the world.

The export of dogs outside Hungary began in the 70s, mostly to Finland and Sweden. Currently, Mudi Clubs have been created in Hungary, Czech Republic, Sweden, Finland, Canada, as well as in America.

A large number of dogs are bred on farms in Hungary, using them for their intended purpose as herders. Often, dogs are not registered, breeding them exclusively for themselves because of their working qualities, because Mudi dogs are versatile dogs capable of grazing livestock on their own, performing the tasks of a guard, companion, as well as hunting small rodents, such as mice.